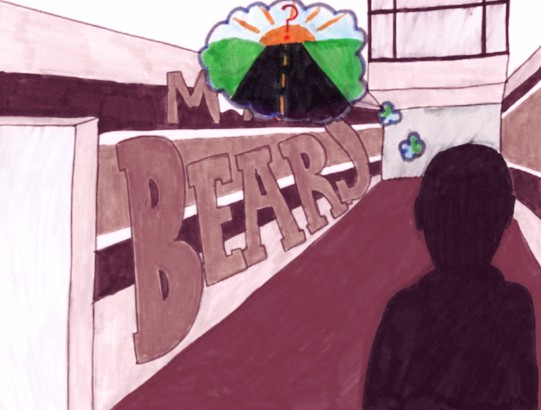 With the end of the year quickly approaching, many M-A seniors are finally coming to the realization that this chapter of their lives is coming to a close. After four years of discovering interests, studying for tests, and making lasting friendships, saying goodbye can be difficult. Here are the thoughts of a few members of the senior class.

In one word, M-A senior Kristina Lee described her feelings about leaving high school as “bittersweet.”

“To me, graduating represents moving on in life and being able to pursue bigger goals. I’m excited to finally go to college so I can focus on my studies and have more freedom. However, graduating also signifies the end of an era. In high school, I’ve known most my friends and classmates since middle school or even elementary school, and I realize that I probably won’t see the majority of them after graduation. This will be the biggest change in my life so far, and it’s both thrilling and sad to have reached this moment.” 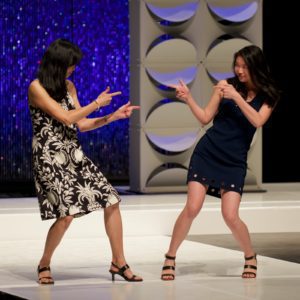 Kristina Lee poses with her mother in the Senior Fashion Show.

Lee’s favorite part of her high school experience has been being a part of M-A’s jazz band and pit orchestra, and all of the opportunities and friendships that came from them.

“During our trip to Carnegie Hall my sophomore year, my group of friends desperately wanted to try Dunkin’ Donuts. We ended up walking all the way across Times Square to indulge in mediocre coffee and donuts, and when we finally got back, we realized that there was a Dunkin’ Donuts right in front of our hotel. Getting to perform in Carnegie Hall was also amazing, but I think the friendships and stories created from being involved in M-A’s music program all 4 years had the greatest impact on me in high school.” 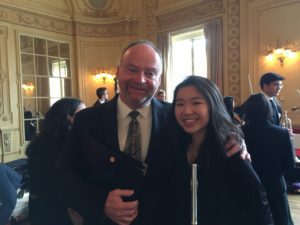 Lee will attend UC Berkeley in the fall and study in the College of Letters and Science. She is currently undeclared but hopes to pursue a STEM-related major, as well as join a dance group and either pit orchestra, jazz band, or orchestra.

For the future, Lee is most excited to explore different academic interests and discover more about herself. “I’m looking forward to figuring out what I want to do with my life, especially what career path I’m interested in.”

M-A senior Andrew Yates described his feelings towards the future as “uncertain.”

However, as the senior year progressed, he became more confident about his transition. Yates is excited about all the new experiences he will have in college, “At first I just had no idea what was going to happen next year, but the more I research the more reassured I get that everything is going to work out fine.” 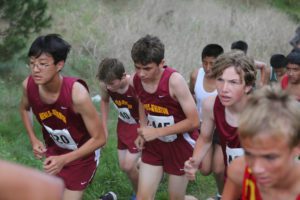 Yates believes he will miss the sense of familiarity he has developed among his friends and surroundings the most.

“I really like all the people that I know, and I’m almost afraid that I won’t meet as good people elsewhere. Also, having lived in the same house all my life I’m pretty familiar with the area surrounding it, so having to learn where everything is in a whole new town is a bit daunting.”

When asked about his favorite memory at M-A, Yates joked that it was when Mrs. Bryan “read .222222” out loud freshman year.

Yates plans to study computer science at the University of Waterloo in Ontario, Canada in the fall. Although he is nervous to move so far away from home, he is excited for what the future holds.

Over the past few months, senior Renato Lopez has experienced a variety of emotions as his departure from high school nears. “As the senior year began, I was excited only because it was senior year and I knew we had so many activities planned as a senior class. As the months went by and graduation got closer, that excitement quickly changed to some sadness, because I am soon going to leave my friends and start a whole new chapter in my life. It’s scary because you’re basically starting all over again as a freshman with no clue of who people are.”

Still, Lopez is excited for what the future holds, and would describe his overall feelings as “excited.” 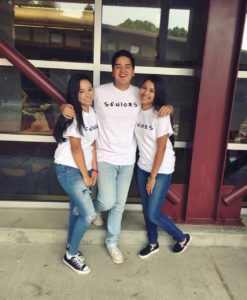 Renato Lopez poses with his friends in senior class shirts.

“I’m looking forward to just meeting new people and gaining new experiences. I’m going to college in Southern California and I know that it’s very different from the Bay. I’m just excited to meet new people and see how the environment over there differs from here.”

One of Lopez’s favorite parts of his high school experience was performing on the M-A cheer team. “Entertaining the crowd and receiving their energy was the best feeling ever and just making people smile was so rewarding.” 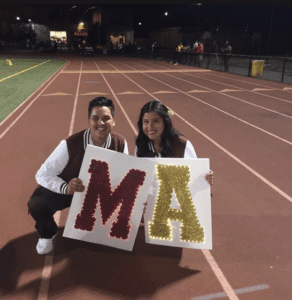 Lopez will be majoring in Cellular, Molecular, and Developmental Biology at UC Riverside in the fall. Although he may be nervous for next year, Lopez feels that M-A prepared him well for the academic and personal challenges that come with attending college.

In one word, senior Kalina Zanelli described her feelings about leaving as “relieved.”

She explained about her struggles with being overworked and stressed during high school. “I tend to push a lot of assignments back until I’m absolutely forced to get them done, usually the night before they’re due. I’ve had a bunch of uncomfortable experiences with stress from having lots of work to do over my high school years because I juggle work, school, and athletics. I’m honestly more relieved to have managed to be in high school for four years because I just don’t want to maintain the constant renewal of tasks-to-do that high school brings at the moment.” 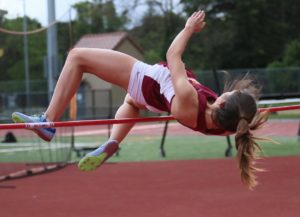 Kalina Zanelli was part of the track and field team all four years at M-A.

Still, Zanelli knows she will miss the relationships she has made at M-A. “I love my close friends, a few of my teachers, my coaches, etc. It kinda sucks to have to lose everything that you’ve built up over the course of several years, but I know I’ll still stay in touch with these people so I think I’ll live.”

One of Zanelli’s favorite high school memories was “when there was a meteor shower last summer in the middle of the night, and my friends and I all drove up to one of the trails off of skyline. We laid out a blanket in one of the fields, and it was really nice.”

Zanelli will be attending the University of Washington in Seattle in the fall, studying marine biology and botany. “I have a lot of interests in biological sciences, especially marine, plant, and archeological, and I really am excited to see those things. I’ve seen pictures of sea animals and plants and fossils, and I really just want to see those things with my own eyes.”

Senior Marlene Riestra’s feelings about high school have drastically changed over the past four years, especially this year. “I think when we start freshman year we all start off pretty excited to be in high school and meet new people from different schools etc but I think as we get older we can’t wait to leave. This year has been a huge roller coaster of emotions and at times I can’t believe we’ll all be going our separate ways. Now, in the last few weeks, it really kicks in and I still can’t believe we’re less than three weeks away from graduating.”

Riestra will miss the people she met at M-A the most next year. “The people I have met over the last four years have immensely impacted who I am today and I wouldn’t change it for a bit.” 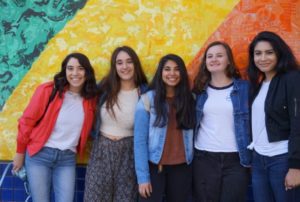 Looking back on her high school career, Riestra has made many unforgettable memories. One of her favorites was the walk-out students led in November, as well as the trip to Washington, D.C. with Mr. Senagaglia.

Overall, Riestra would describe her feelings looking forward as “bittersweet.” Although leaving means saying goodbye to many good friends, she is proud of the graduating class and excited for what lies ahead.

Riestra will be majoring in biochemistry at Sonoma State University next year. “I’m ready for what the future holds and I just hope I’m prepared for these next four years to fly by just as fast as the past four did.” 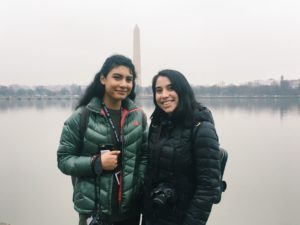 Marlene Riestra (left) poses in front of the Lincoln Memorial on the Washington, D.C. trip.