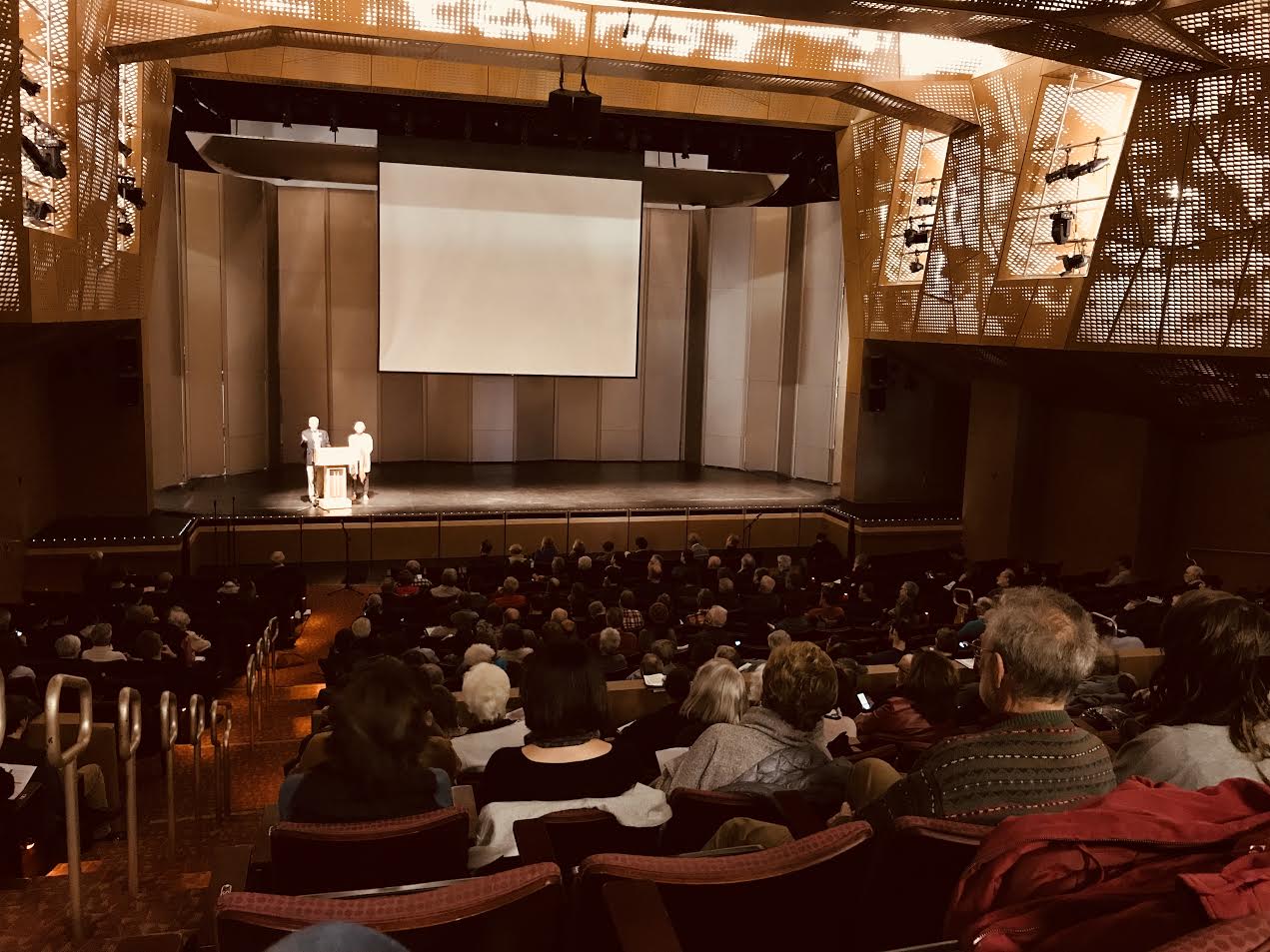 This past weekend, M-A hosted the Northern California Regional Conference of the Citizens’ Climate Lobby (CCL). The CCL is a national grassroots organization with a goal to “create the political will for climate solutions by enabling individual breakthroughs in the exercise of personal and political power.”

The day and a half conference began in the Performing Arts Center, where executive director Mark Reynolds began the weekend with a conversation about the goals and values of the CCL, mentioning that the “heavy emphasis on non-partisan politics means that everyone’s welcome.”

Reynolds went on to say that in a Republican administration “it’s hard to make change.” He explained that “this flew in the face of everything we’ve been trying to do for the past 200+ years.” Still, he urged the audience to be persistent and posed the question, “how do you maintain [positivity] in the face of what we’re dealing with?”

Next, senior Holly Newman, introduced Karl Danz, who read aloud a letter from Congresswoman Anna Eshoo. While originally scheduled to speak in person, Eshoo was delayed in Washington due to the government shutdown and offered her condolences in the letter, saying “I want you all to know your work is more important now than ever before. The President’s withdrawal from the Paris Climate Agreement and the repeal of the Clean Power Plan represent a stunning abdication of American leadership…Congress should not delay taking action because time is not on our side.”

Participants then watched a 20-minute segment from Years of Living Dangerously, a documentary in which Bradley Whitford showcases the struggle behind creating a bipartisan, comprehensive discussion about climate change. Afterward, the audience grouped off into discussions, focusing on insights and questions they had developed.

After a short break, Keynote speaker Ambassador Thomas Stephenson, an Atherton local, gave an overview of the four main components of CCL’s plan to reduce carbon dioxide emissions. Beginning with a Carbon tax of $15/ton, the plan requires a flat tax based on regulations set by the Department of Energy. Second, the tax would increase by $10 a year as to slowly reach emissions reductions targets. Third, equal, per-person monthly dividends (payments) would be made to each individual American citizen, equalling 100% of the net profits of the corporations. Finally, border adjustments in the form of a separate tax would be enacted, to ensure that there was no economic incentive for companies to relocate abroad.

Stephenson noted that “in a significantly subsidized world…we’ve got to level the playing field [towards renewable energy].” He ended by mentioning that “grassroots support is key,” suggesting that the actions of the CCL are incredibly significant in regards to enacting legislation in regards to climate change.

Following lunch, participants broke into smaller seminars including Climate Advocacy Training, The Nuts and Bolts of Getting LTEs and Op-eds Published—View from the Editor’s Desk, Giving Effective Presentations About Climate Change, and Climate and Health.

The CCL conference met again for a half day on Sunday, with a similar layout of speakers, breakouts, and discussions. The 2018 Northern California Regional conference provided students, teachers, and lobbyists alike with an opportunity to understand the fight for legislation regarding climate change and how to best put a plan into place.