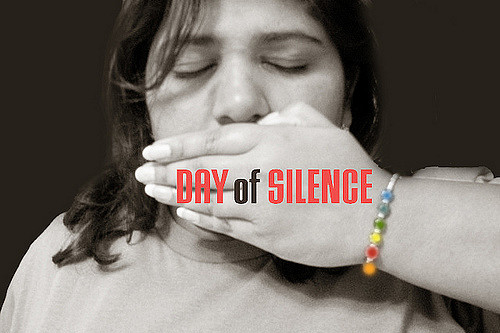 GSA fights for equality through silence

On Friday, May 11, members of the M-A Gender-Sexuality Alliance (GSA) remained silent for the duration of the school day in support of changes to increase inclusivity for trans and gender non-conforming students. The Day of Silence is a national event led by the Gay, Lesbian & Straight Education Network (GLSEN).

While working with the GLSEN concept of Day of Silence, GSA formulated their own specific points of action to support during the Day of Silence: more accessible gender-neutral bathrooms, an end to gender-segregated classroom activities, and gender-neutral survey options. Sophomore Alexandra Ornes stated, “In this area, it is a super liberal, super pro-LGBT area but there are still ways that we can be more inclusive to everyone on the gender spectrum.” 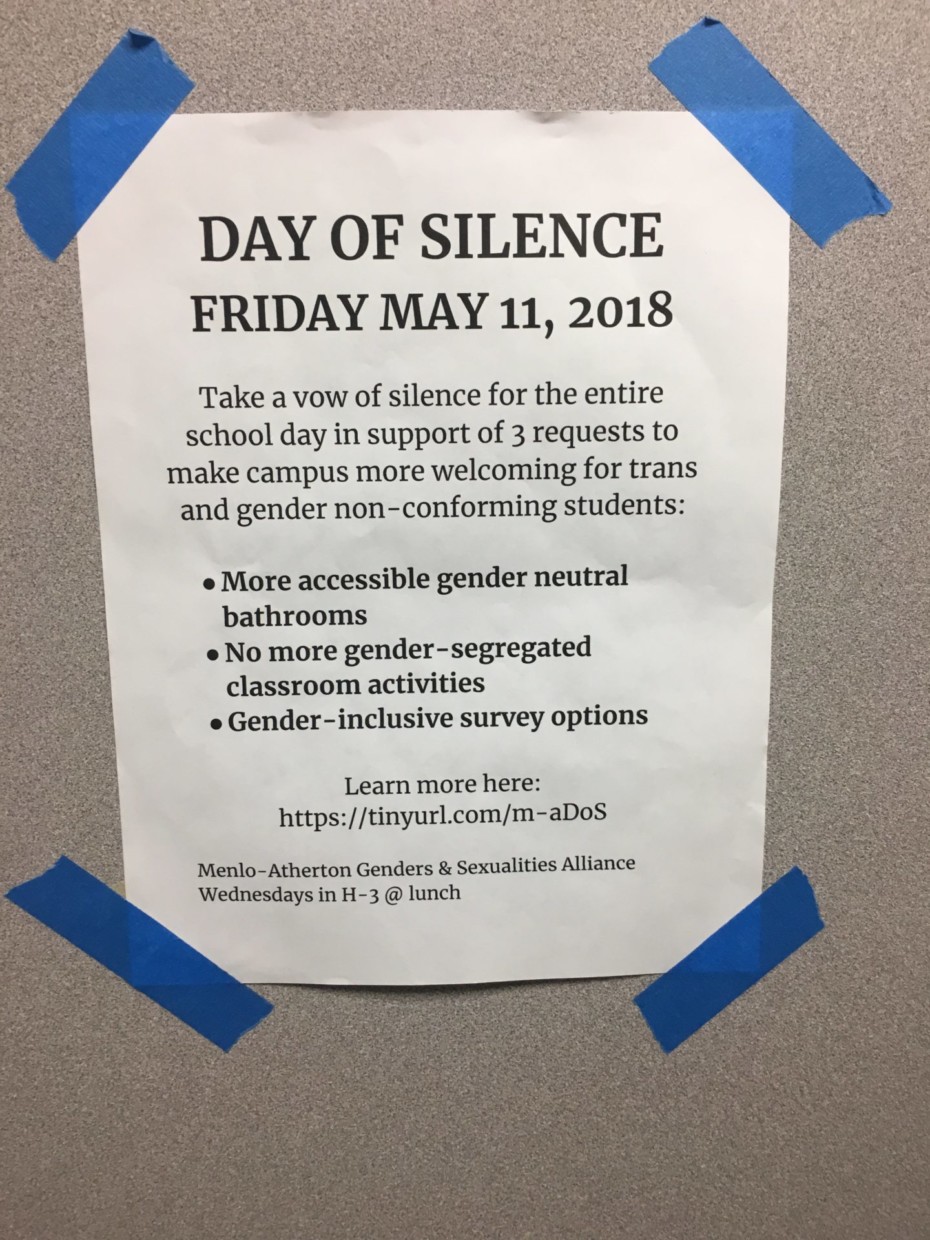 A flyer advertising Day of Silence in the M-A bathroom.

In addition to their vow of silence, GSA allowed M-A students to sign a petition at lunch containing their three specific requests. The petition was then sent to M-A administration. Ornes commented, “It’s definitely something that we haven’t really done before, a big petition and a day, and we have these requests, and hopefully it’ll lead to admin being more aware of [gender issues] in general.”

In an informational document about the Day of Silence, GSA stated “We are silent to specifically reflect the silence of trans and gender non-conforming students, who live in a world that consistently erases and denies their identities, and seeks to force them into the binary of male or female.” This was followed by a letter to Principal Simone Rick-Kennel, specifically outlining the three requests and asking for cooperation in improving the campus experience for trans and gender non-conforming students at M-A.

In response to GSA’s requests, Kennel commented, “As a school, this is an area for growth, but we have made strides like all gender single stall restrooms (largely for staff) and incorporation of an all gender student restroom in our new locker room remodel that we hope to start this year… Being responsive to the needs of our GSA community is important to me so I look forward to hearing more from our students.” GSA plans to schedule a meeting with Kennel to discuss how to improve the campus experience of trans and gender non-conforming students in the future.

For some, Day of Silence also acted as an opportunity to protest for violence against the LGBTQ community beyond M-A. Sophomore Ness Valderrama said, “I will participate because there are many people out there who die because of who they are… I hope this will bring change because it proves that people do care about us… and that we are perfect just the way we are.”

If you would like to take action in support of the LGBTQ community, GSA meets every Wednesday at lunch in H-3.