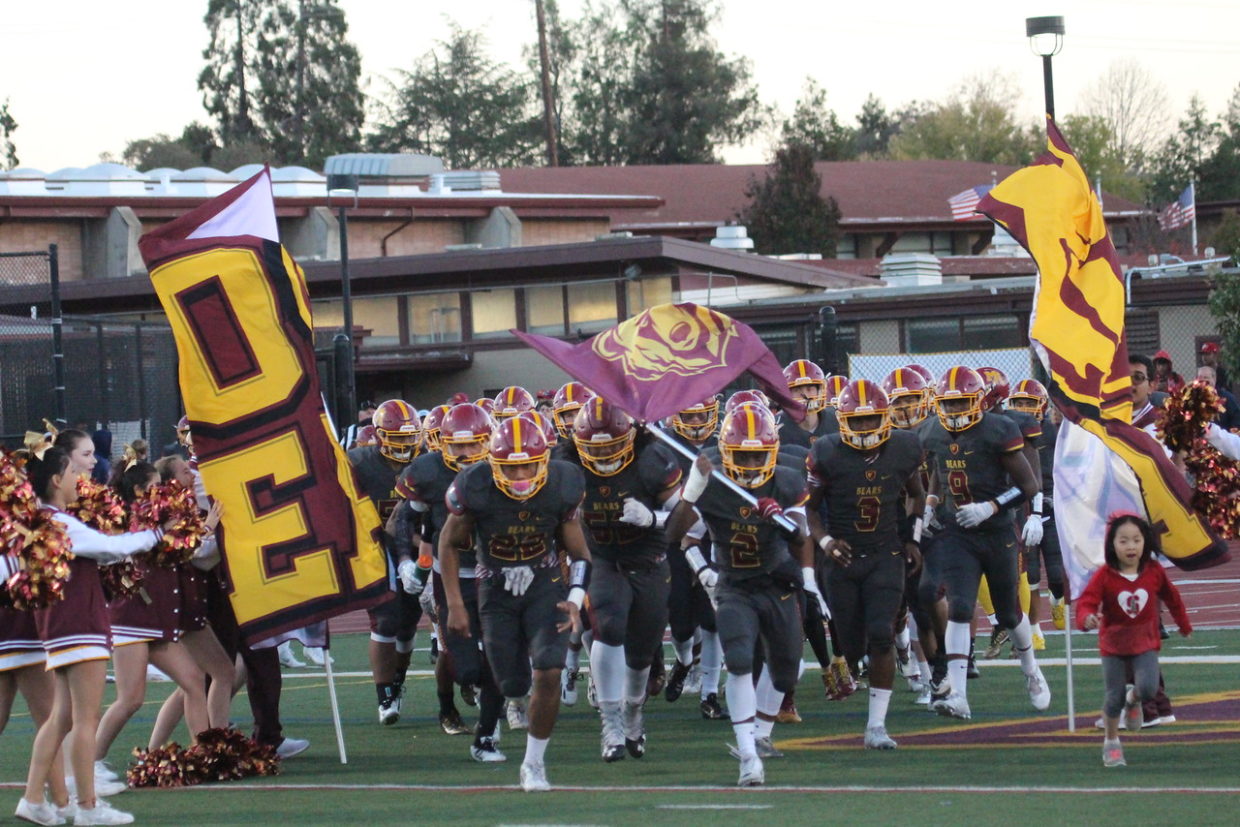 M-A’s varsity football team blew out Bellarmine College Preparatory 21-0 on Friday, November 18. The Bears’ defense led the way, shutting down the Bellarmine offense and producing five total turnovers, three of them occurring in scoring territory for Bellarmine. This defensive performance displayed the improvement the Bears have made throughout the season. In their first matchup against Bellarmine, the Bears’ defense allowed 34 points. This time, in the playoff rematch, the Bears blanked Bellarmine. On the offensive side, senior running back Jordan Mims, junior quarterback Aajon Johnson, and junior wide receiver Mekhi Blackmon again led the way for the Bears. 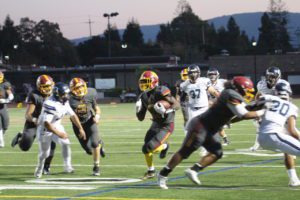 Mims finds a gap in the defense and carries the ball up the middle.

On the Bears’ first offensive series, Johnson launched a 78-yard bomb to Blackmon. M-A scored again in the first half on a Johnson rushing touchdown and then once more in the third quarter off another rushing touchdown by Mims. 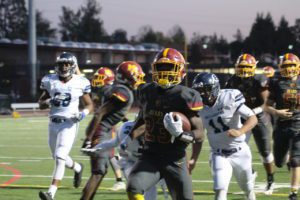 Mims scores a touchdown late in the first quarter making the score 14-0 in favor of M-A. 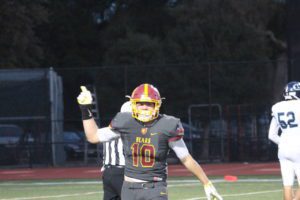 Papadakis had another influential game with an interception, a sack, and seven tackles.

Seniors JP Gray, Kevin Jaggers, Stavro Papadakis, and Blackmon led the M-A defense. Gray produced a sack, two fumble recoveries, and four tackles. Jaggers was the Bears’ leading tackler with 20 tackles. Papadakis and Blackmon both had an interception. The Bears’ defense looks to ride their exceptional defensive performance into the championship game. 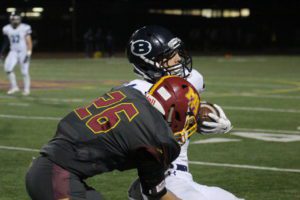 The Bears played incredible defense throughout the whole game, never allowing Bellarmine to get on the scoreboard.

M-A plays Milpitas High School this Friday, November 25, in the Central Coast Section (CCS) Open Division I Finals. If the Bears win the game, they will advance to a Northern California championship game.