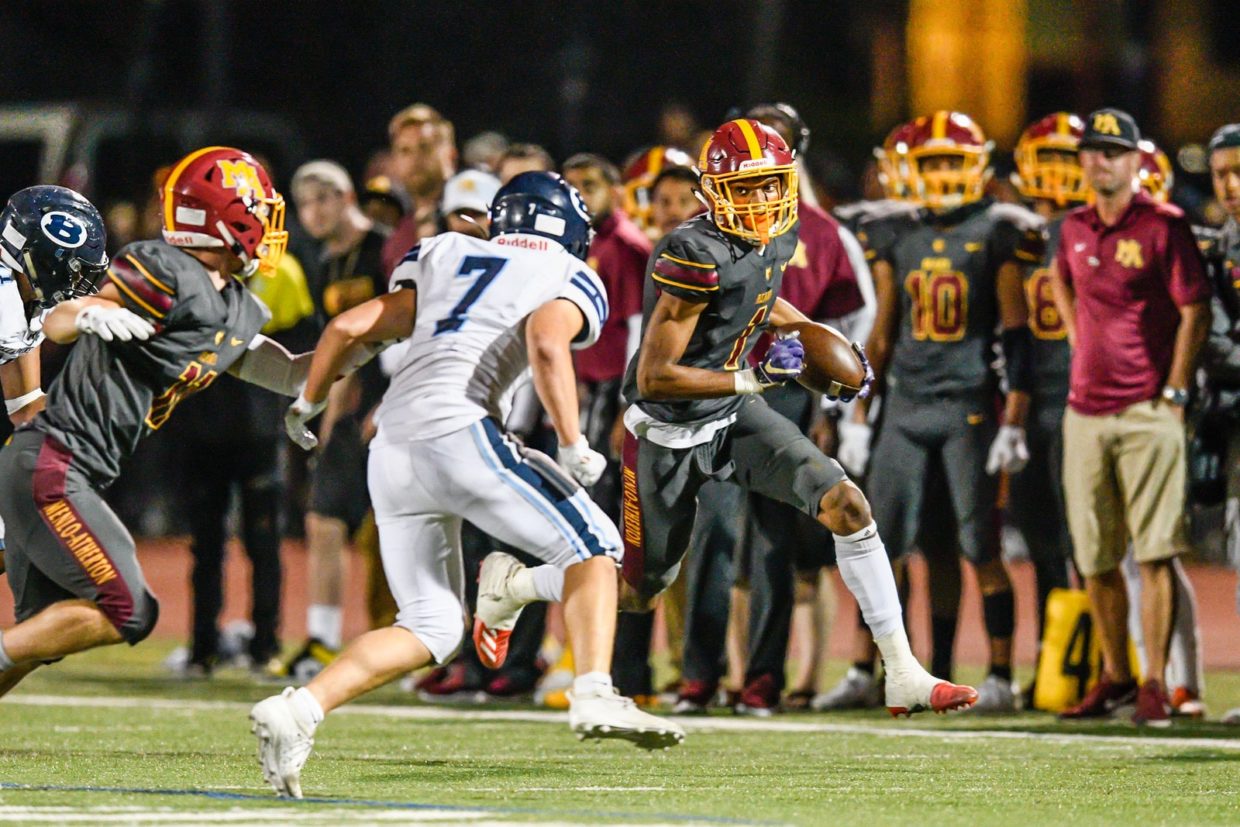 On Friday night, the M-A football team crushed the Bellarmine Bells 51-14 in their season opener led by a dominating offense and a tough defense. New head coach Steve Papin’s debut ended in resounding success as the Bears dominated the game from the opening kick off. 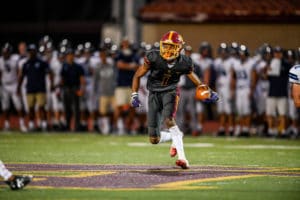 Junior Troy Franklin dodges past Bellarmine’s defense on his way to scoring 2 touchdowns.

Junior Troy Franklin returned the opening kick for 70 yards, and the Bears quickly scored a touchdown on a fourteen yard reception to Franklin. Although the Bells returned the subsequent kick-off for a touchdown, the Bears never looked back as they got to a commanding 48-14 lead by halftime.

Sophomore Quarterback Matt MacLeod threw 4 touchdowns and had a stellar performance in his first start this year. “I think we had a really strong performance, but there is still a lot we have to improve, especially when we play tougher teams later on in the season,” As for the kickers, Seniors Lucas Giarrusso and Lalia Thompson-Wainer, it appears Giarrusso will be handling kickoffs and field goals and Thompson-Wainer will kick extra-points. Thomposon-Weiner also had a very strong debut, going 6/7 on her point after attempts. 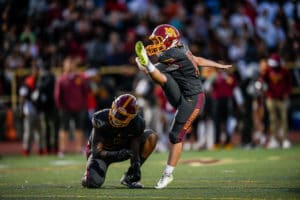 In addition to the explosive offense, the Bears’ defense held strong, allowing just one touchdown. They held the Bells’ offense in check despite a valiant effort from Bellarmine senior running back, Aixon Henry, who handled most of the workload in the backfield Friday night. In addition to providing the majority of the offense, Henry defended 4-star wideout Troy Franklin, who has offers from numerous top colleges including Alabama, Washington, and LSU.

The game also marked the debut of the new 12th man, with seniors Jake Albro and Nate Cohen leading the student section in rambunctious chants and rainbow themed outfits. “I think the game proved that this team has a lot of heart,” said Cohen, “ we definitely have the potential to make a repeat run for the State Championship.” Junior Kevin Shvodian said “it was a good game and a good fight.” Senior Trevor Wargo added that “the crowd that showed up was really into the game and cheering on the Bears from the first quarter. If we keep that up it’s gonna be a fun season.” Meanwhile, junior Brendan Foody from Bellarmine said, “It was a well-fought game on both sides, it has been quite the turn around from two years ago when we beat M-A.” 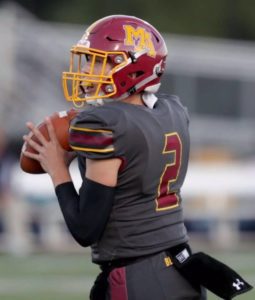 Sophomore Matt MacLeod looks to throw the ball in the second quarter.

Although everything seemed to go smooth in the Bear’s opener, Senior Captain Uate Uhila went down late in the 4th Quarter with an apparent leg injury. The Bears had a strong start to the season and look like good contenders to repeat the performance of last year’s State Champions. They will look to continue their winning streak of 12 games dating back to last season when they face Serra at Levi’s Stadium on September 6th. 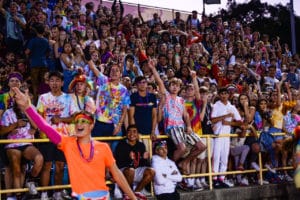 The Student section, decked out in rainbow gear, cheer on the Bears on their way to a 54-14 victory.