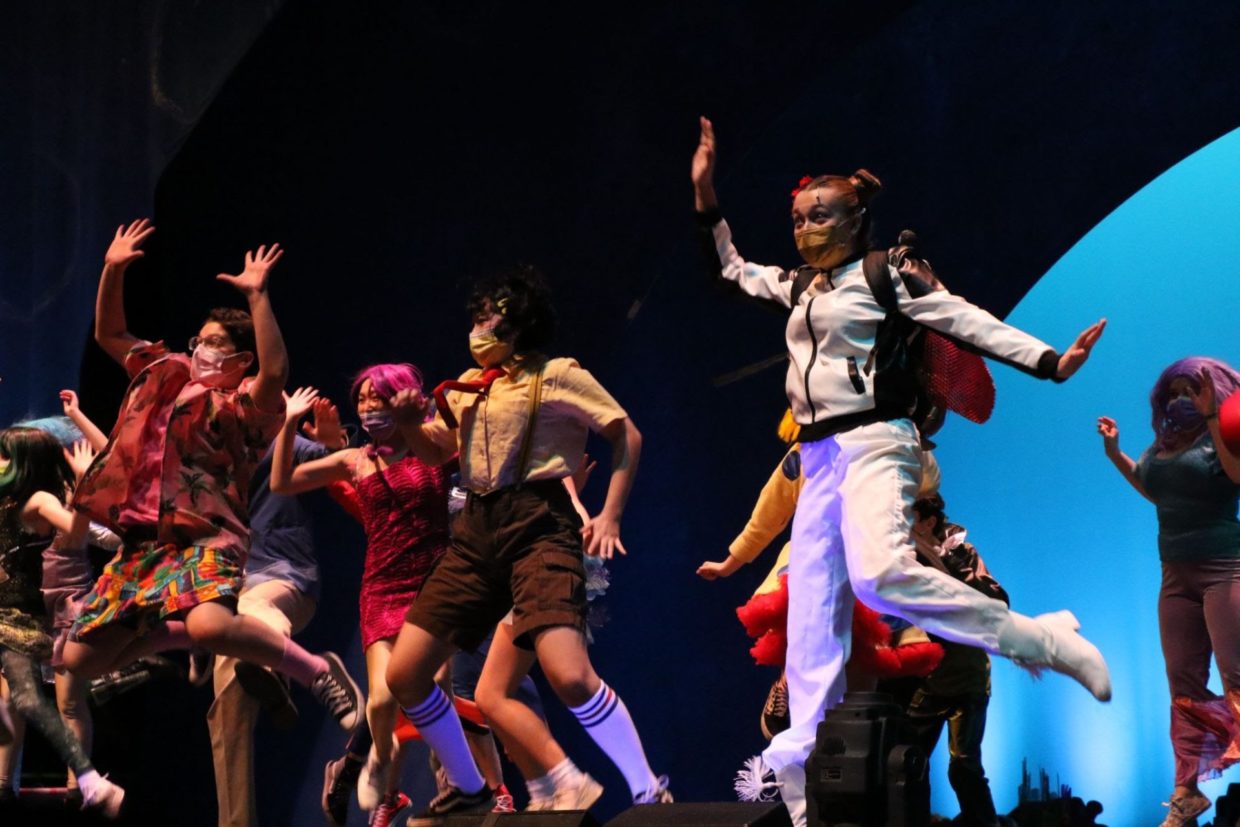 M-A Drama is back in-person with renewed vigor, wrapping up the first of two weekends of Spongebob SquarePants the musical. Actors brought the beloved television show to life with their animated expressions and dancing, with help from the show’s bright sets and upbeat soundtrack. 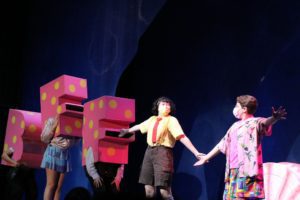 Written for Broadway, the storyline goes that a volcano is set to erupt near Bikini Bottom. The story’s villain, Plankton, seeks to take advantage of the crisis, but Sandy, Patrick and Spongebob set out in a race against time to prevent Bikini Bottom’s total destruction. Sandy is the brains, Patrick is the brawn, and Spongebob… does not know what he brings to the team yet. By the end of the play, he learns he is more than just a “simple sponge.”

Something unique about the show, Standifer said, is that “our sets, costumes, and props were a step up from previous shows because we were sharing royalties and items with another school.” The Spongebob set included many large, bright-colored arrangements, which served as decoration and also seamlessly hid actors until they were ready to appear. It also included the 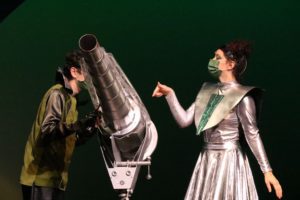 Plankton and Karen deviate with the Avalanche Maker 3000

massive Avalanche Maker 3000™, Plankton and Karen’s prized gadget to stop Spongebob and his crew in their tracks.

Drama teacher Danette Batheur said, “My favorite part of any production is when students are able to contribute their ideas and creativity. This production provided many opportunities for students to add their own flair to their performances. This is actually a fairly small cast (only 21 students play all of the roles), so the cast needed to collaborate with our backstage crew to solve many logistical issues as well- such as how to handle quick scene and costume changes.”

The actors all brought out each cartoon character’s traits and distinctions, making sure the audience could relate each cast member’s performance to the TV show. Squidward’s nasally voice and depressed attitude, combined with his repressed memories of being called a loser, were an accurate representation of the show’s notorious killjoy. Even his squishy walking sounds, courtesy of the tech crew, added to his miserable character. Constrastingly, Sandy and her scientific genius maintained her pizzaz throughout the show, always full of movement and spunk, while also serving as the voice of reason. 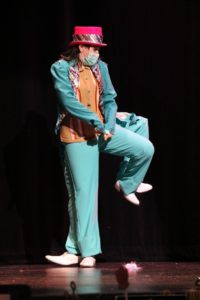 Squidward preforms “I’m Not a Loser”

What set Spongebob apart from other shows was that it is based on a cartoon, requiring special efforts from cast members. Donald said, “When we’re performing it, we have to make sure our characters are larger than life. If you look at even when Ria just stands, she’s standing in a cartoon stance. It’s bigger, and you always have to be on.”

Many different musicians contributed to the Spongebob soundtrack, such as Panic! at the Disco, John Legend, David Bowie, and Brian Eno. Jonathan Coulton’s “Bikini Bottom Day” excellently set the stage for and concluded the performance. It’s use of guitar and catchy melodies captured the town’s cheeriness and solidarity. Moreover, the song “Hero is My Middle Name,” Spongebob and Patrick’s effort to cheer up Sandy, merged Cueller-Koh, Barnes, and Siegel’s strong and unique voices into a beautiful and empowering harmony.

Siegel said, “It’s very exciting to be in my first high school show, and my first in-person musical in a long time. The cast and audience’s energy really makes the show fun.” 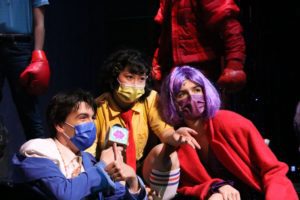 Perch Perkins, the Mayor, and Spongebob

M-A Drama has four more performances  this upcoming weekend. Eason said, “I recommend people to come to our show this weekend because there’s a lot of funny jokes we want everyone to hear and elements that are very relevant to our modern world. It’s a fun way of reminding people how we should treat others.”

You can buy tickets through this link to see the show this weekend.