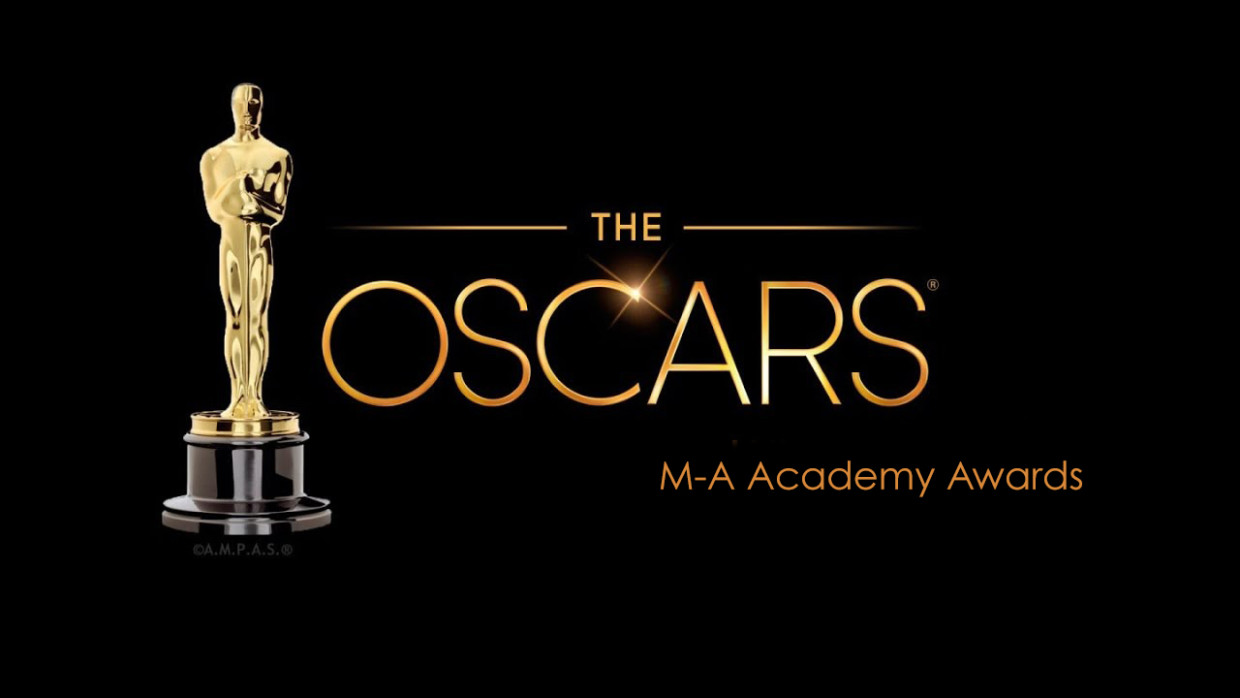 Hollywood’s biggest night is fast approaching, and we at the Chronicle decided to pitch in our own opinions on the nominations before the stars take to the red carpet at the 90th Academy Awards tomorrow. Since our collective teenage voice might not align with the Academy’s more refined tastes, we also included our predictions for who will actually win, despite what we as a staff might wish.

ACTOR IN A LEADING ROLE

Daniel Kaluuya’s standout performance in 2017’s standout horror movie, “Get Out,” was a captivating portrayal of uncomfortable acquiescence turned profound terror, in the face of subtle liberal racism turned hypnosis-induced slavery. However, the subversive nature of “Get Out,” which so blatantly criticizes the racism in elite white circles like the Academy, makes it seem unlikely that the 28-year-old Kaluuya will leave Sunday night with the Oscar. Instead, we predict the award will go to Oscar veteran Daniel Day-Lewis, who previously won Best Actor in a Leading Role in 2013 for his performance in “Lincoln.” His riveting portrayal of a British dressmaker in a complicated relationship for “Phantom Thread” seems more in line with the slew of rugged middle-aged white men in semi-boring dramas that have dominated the category for the last 14 years.

ACTOR IN A SUPPORTING ROLE

Willem Dafoe plays Bobby in “The Florida Project,” the manager of the motel in Orlando where the main characters, Moonee and Halley, live. As an evolving character, his role is complex. He is a disciplinary to the rambunctious Moonee and her mother who can never seem to pay rent on time, but he is also a hero. He constantly helps Halley and Moonee no matter how troublesome and difficult they are. His acting is superb — in fact, it often seems he is only playing himself.

However, we think that Richard Jenkins will win. In “The Shape of Water,” Jenkins plays the artist best friend of the main character, a mute cleaning woman, and kept “the story grounded in a warm humanity” according to Vox.

ACTRESS IN A LEADING ROLE

Saoirse Ronan delivered a beautifully complex yet absolutely relatable performance as Lady Bird, the Sacramento teen struggling to find herself in relation to her friends, her family, and the world. Ronan effortlessly portrays the simultaneous rebellion and nostalgia, excitement and fear, and naïveté and depth of a high school senior on the precipice of adulthood. Ronan’s win is expected in a teenage-dominated class, but we predict the Academy will lean towards Frances McDormand. In “Three Billboards outside Ebbing, Missouri,” McDormand plays a strong-willed, angry mother who lost her daughter to a rapist-murderer. She portrays grief honestly and gracefully, slipping with ease from anger to sadness to guilt to heartbreak throughout the film. We believe that her role in “Three Billboards” will be popular in the Academy, which tends toward women facing dramatic adversity rather than coming-of-age in this category.

ACTRESS IN A SUPPORTING ROLE

Octavia Spencer starred in “The Shape of Water” as the main character’s friend from work. Her character, Zelda, works as a janitor with Elisa at the government-run Baltimore research facility. Her interactions with Elisa show that she can converse well with someone who cannot respond verbally. She is the one who tells Elisa she’s crazy for being in love with that “monster,” but is such a good friend that she still helps her take him from the facility.

Although Spencer may have been the more well-known name in our newsroom, from her famed role as the “Eat my shit” lady from “The Help,” Laurie Metcalf’s performance as the stretched-thin mother in “Lady Bird” is undeniable Oscar material.

Metcalf strikes the perfect balance of mother-daughter love-hate, and the universality of her role makes it a more probable Academy favorite.

“Coco” was everything one could hope for in an animated film: visually stunning, catchy music, a heartwarming storyline with an important lesson about familial love and remembering our pasts. The story of Miguel, a young boy in Mexico who enters into the land of the dead during Día de los Muertos on a quest to defy his family’s generation-spanning ban on music, added an original Latino spin on the happy-tear-jerking Pixar plots we have come to know and love. This box office hit fits the trend of Best Animated Feature Film winners of the past, which rewards popular children’s films like “Zootopia,” “Frozen,” or “Toy Story 3,” to name a few.

“Dunkirk” perfectly balances breathtaking wide-angle shots that encompass sprawling sandy shores, white wooden piers, the glittering English Channel, or deceptively pure blue skies, with intimate close-ups that capture the visceral terror and uncertainty of air raids, a sinking battleship, or dogfighting from a cockpit. The combination visually explains the simultaneous widespread and individual suffering of war, truly recreating the infamous World War II evacuation. “Dunkirk” lacks a real protagonist or standout acting and is completely carried by the experience the viewer is submerged in via the carefully-crafted cinematography. This masterful example of an Academy-favored genre of dramatic historical reenactments poises “Dunkirk” to take home the Oscar on Sunday.

Director Jordan Peele said that “Get Out” was meant to be a “more direct, brutal wake-up.”

When he started making the movie, which is his first film as solo director, he was just having fun with a horror story. But as he progressed through the film, it spoke to something more important. His movie gave people a horrifying taste of what racism is like America, while also making his audience feel empathy for the protagonist. The fact that this was all original screenplay and his own idea is incredibly impressive, and we hope that he will leave Sunday with his first Oscar.

They say the best horror movies are ones that seem eerily realistic. “Get Out” accomplishes a difficult, seemingly impossible goal: to create a satirical horror movie that is socially conscious at the same time. It is a film that can make you laugh, feel disturbed, and even change the way you think about racism. Vulture called it a “mash-up of ‘Guess Who’s Coming to Dinner?’ and ‘The Stepford Wives’ that’s more fun than either and more illuminating, too.”

The characterization of Rose, Chris’ girlfriend, and her family is so well done that you think they are normal at first. It is shocking to discover that they are not, and suddenly all of their small warning signs make sense. This movie, an eye-opening thriller from start to finish, was well-made, and the first of its kind.

Despite how mind-blowing and interesting “Get Out” is, we think that “Lady Bird” will win Best Picture because it is a relatable and classic coming-of-age story. “Get Out” is unsettling and leaves you will a generally negative view of humans. We think the Academy will choose the uplifting, family-oriented coming-of-age story over the chilling and disturbing horror thriller.

It is perhaps not the words spoken, but the silences that make “Call Me By Your Name” so masterful. The dialogue is minimal, but every single word is deliberate and packed with meaning. There is not an ounce of fake language in this screenplay; subtle exchanges between characters capture the real way words often carry the weight of emotion without explicitly stating them. “Call Me By Your Name” is heartbreakingly raw, and entirely deserving of Best Adapted Screenplay.

“Get Out” is full of hidden meanings and interesting connotative imagery. There is so much to catch in subtle details, from Rose sorting the Froot Loops by color to the house tour, when Rose’s mother tells Chris that they keep a “piece” of her mother in the kitchen. Therefore, we think writer Jordan Peele should be awarded for his unique storyline and innovative lines.

We predict, however, that “Lady Bird” will win this category. When watching “Lady Bird,” it is likely that you will see parts of yourself in Lady Bird or her mother. While not everyone’s family looks the same, there is something so raw and universal portrayed in “Lady Bird” that it is impossible not to identify with some of the stories and personalities of its characters.

To be frank, our newsroom has a solid voting block of basketball fans who successfully lobbied for us to vote on Best Animated Short Film; it is no surprise then that Kobe Bryant’s uplifting autobiographical tale of his journey from “that boy with rolled up socks and a garbage can in the corner” to star Los Angeles Lakers player, would take home the M-A Chronicle Oscar.

However, “Revolting Rhymes,” the cheeky yet sincere modernized retelling of several fairy tales, adapted from Roald Dahl’s book of the same title, seems a better fit for the whimsical fantasies that have dominated this category in the past.