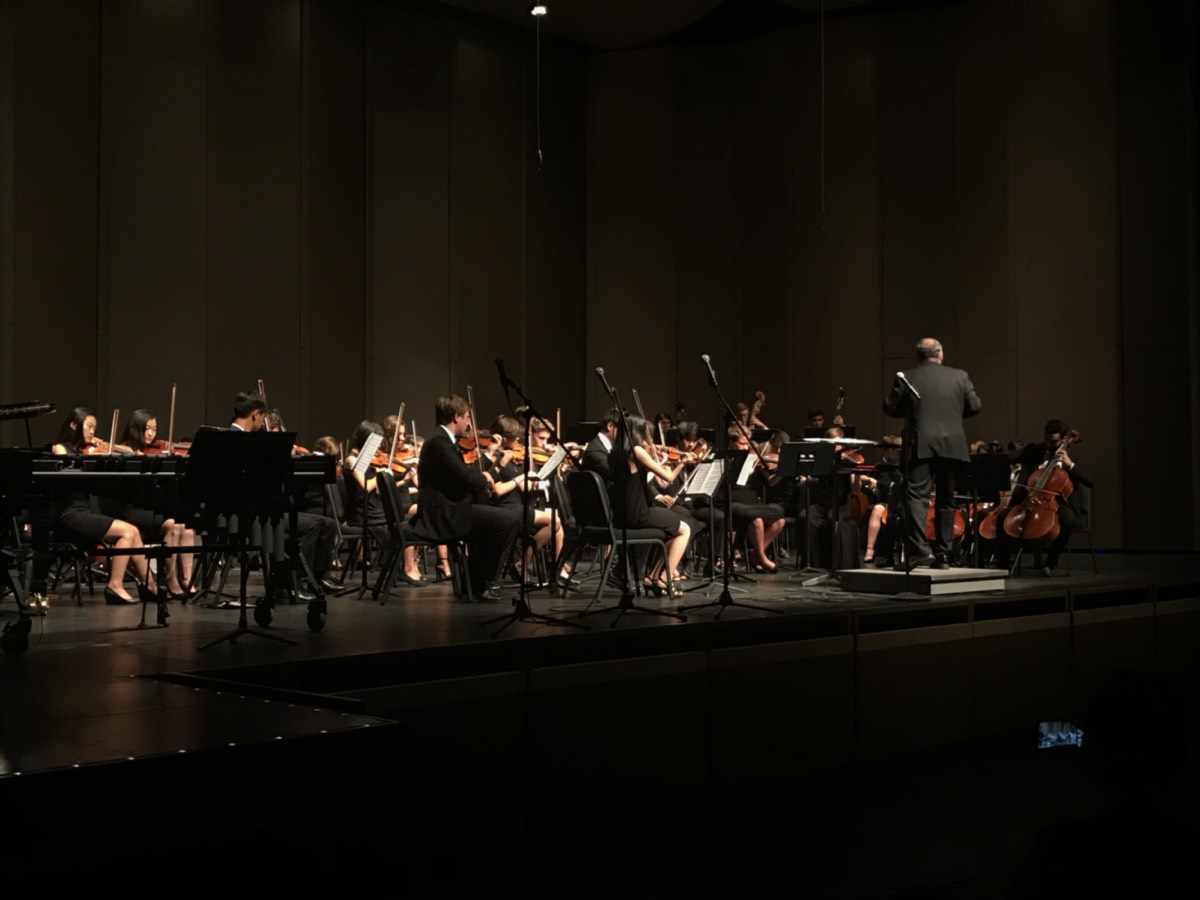 It was all suits, ties, dresses, and instruments for M-A’s student musicians on Meet the Bands and Orchestra Night. The orchestra, concert band, and jazz II and III classes joined at the Performing Arts Center (PAC) on Tuesday, October 2 to give a preview of the year ahead of them.

The night started off with the orchestra band playing the first set. The concert band followed right after with their set which led to a 10-minute intermission for the students. Afterwards, jazz II began their set with vibrant tunes and melodies. Jazz combo, a smaller class in jazz III, got together to play a small set to open for the jazz III class. Jazz III ended the night with four songs and a roaring applause from the audience.

Music director Kent Kurrus has been teaching band and orchestra classes for 34 years, and this is his 8th year teaching at M-A.

“I probably have the perfect storm musically speaking. It’s the most talented group of students I’ve had in a long time,” Kurrus said. 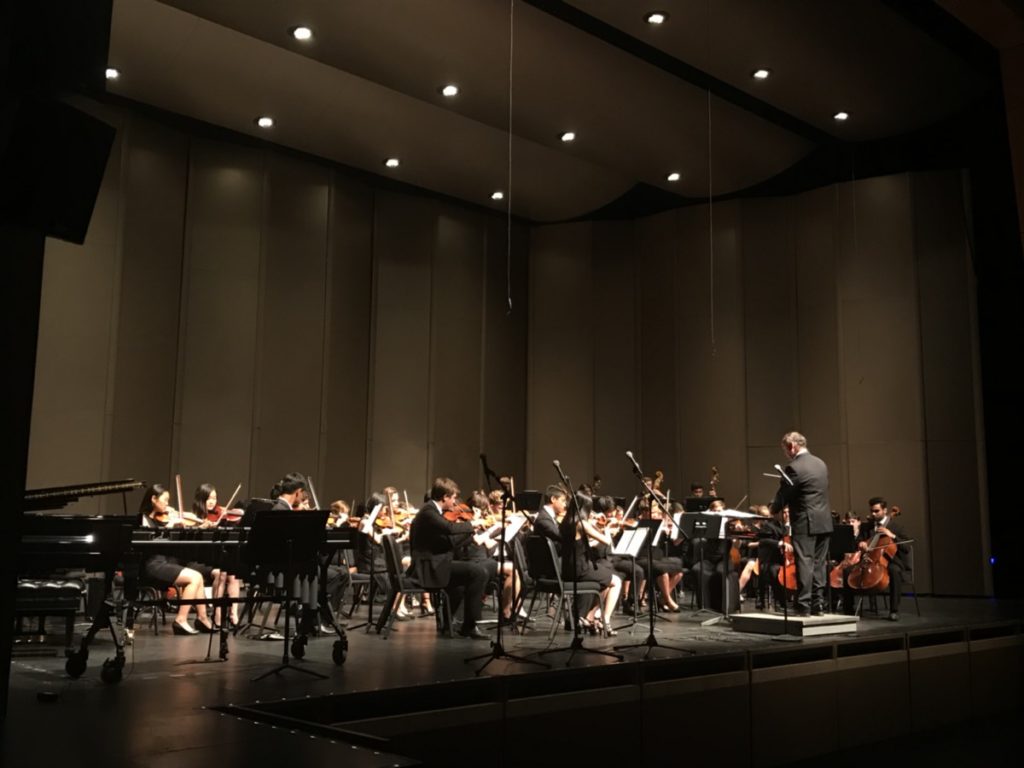 The orchestra consists of 55 students and is split into two class periods. Orchestra will be attending the invite-only Festival of Gold in Nashville in March 2018. 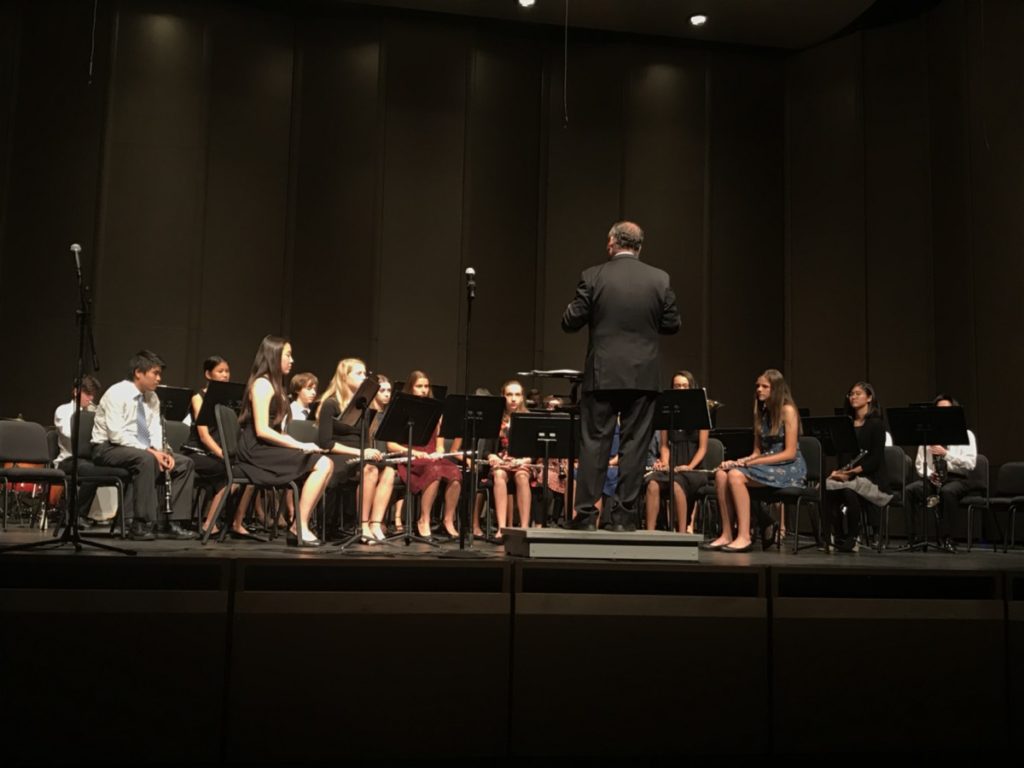 The concert band played three songs including Earl of Oxford March by Byrd, Second Suite for Military Band by Gustav Holst, and Confident by Tom Wallace.

The concert band has 38 students who also play in the pep band with some members of jazz II and III at the home games for our football team. They will be traveling to Anaheim in March for four days to perform in community concerts. 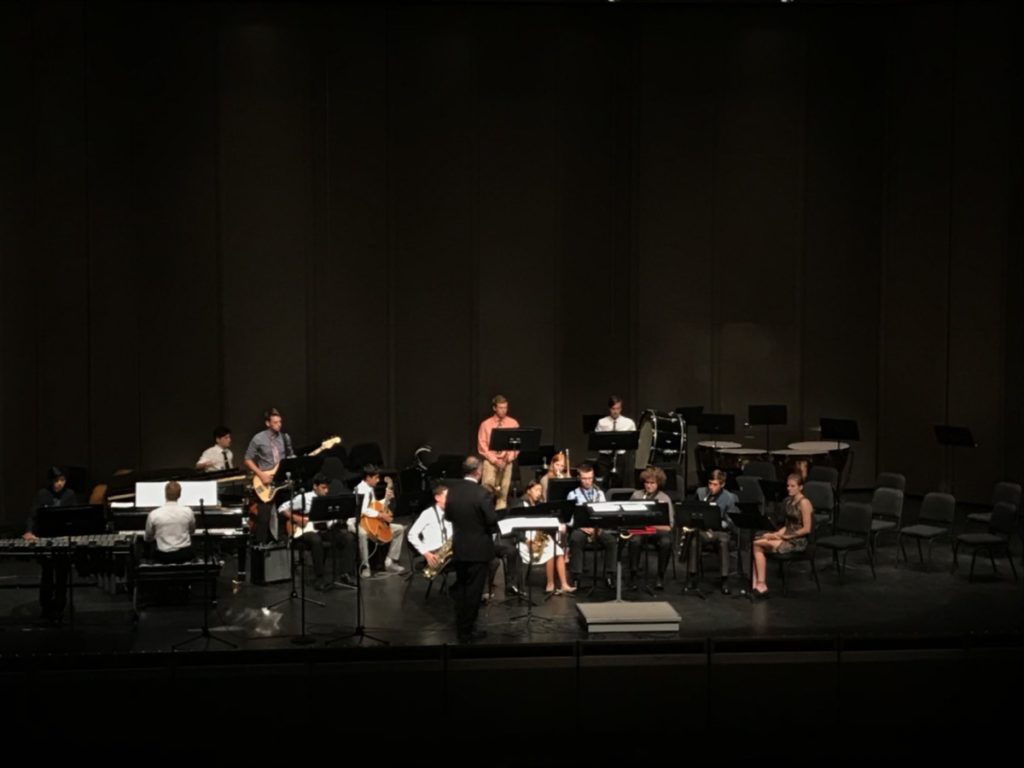 Jazz II consists of 27 students with multiple bassists, drummers, and pianists that switched out during the concert to ensure playing time for all. They also include vocalist Charlie Smith in the band.

Smith talked about how her brother, Noah Smith, was her inspiration to take jazz class.

“It’s nice that we’re both in jazz. Although we’re in different classes I can ask him for help anytime,” Smith said. 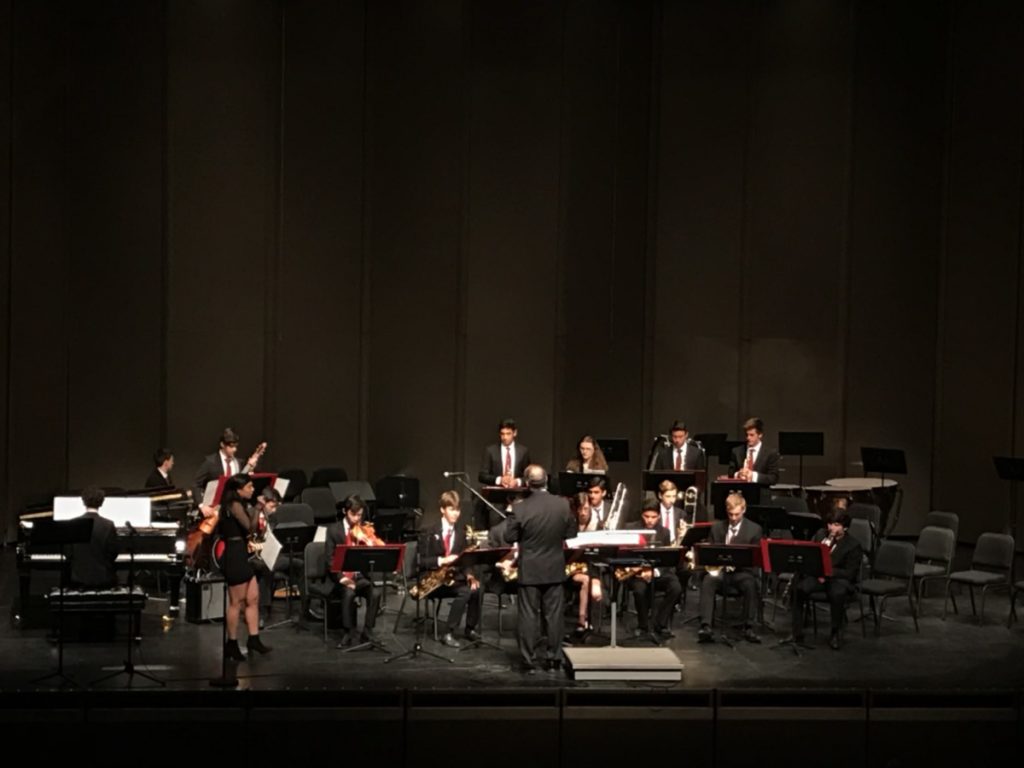 Jazz III closed off the night with renditions of Tall Cotton, Desafinado, Somewhere, and Sweet Georgia Brown. The band has 23 students and two vocalists, Mara Cavallaro and Emma Denend. In jazz III, there is a subgroup jazz combo that has 7 students: Chris Iyer, Michael Sze, Shane Turner, Alex Oesterling, Lance Onodera, Nikita Manin, and Selim Kaharan. Jazz III will be attending the San Mateo Jazz Festival in November, the Reno Jazz Festival in April, and will be traveling to Spain to perform over spring break.

The classes together add up to 143 students, and yet Kurrus has to compete with other extracurricular activities the students participate in.

“Unfortunately they’re the best at a lot of things, so I have to compete with sports, APs, and everything else. I have the best kids, but they’re also everybody else’s best kids,” Kurrus said.

A third of those students are now seniors, and they will soon be graduating in June. But for now, these students have time to sit back, pull out their music sheets, and play to their heart’s content at the upcoming concerts.