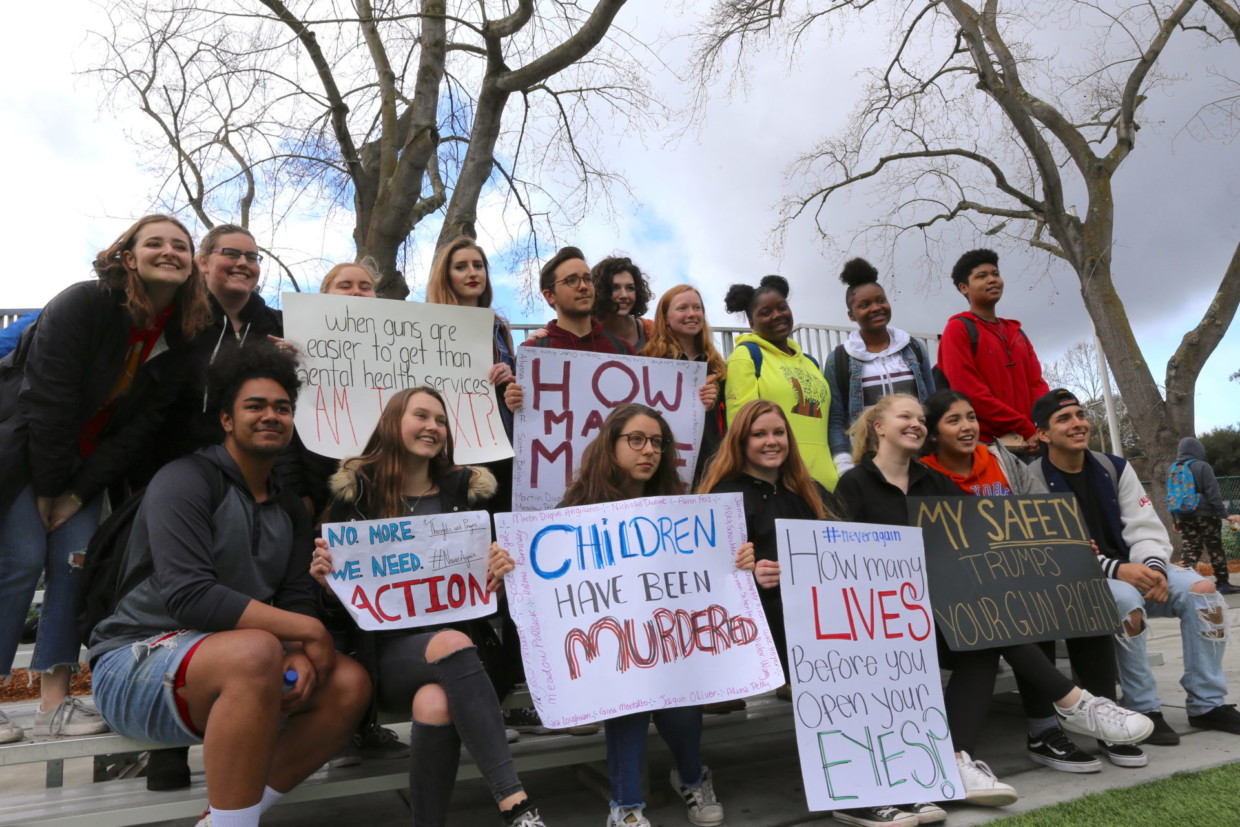 Day three: M-A and other local schools walk out for gun control

After an announcement and a moment of silence for the 17 victims of the Parkland shooting, many M-A students walked out of their classes this morning to join students from East Palo Alto Academy, Gunn High School, Menlo School, Sacred Heart Preparatory, and Woodside High School at El Camino Park for a rally of over 1,000 students that included speeches expressing anger, fear, and need for gun reform.

This unified and peaceful protest started by the Silicon Valley March for Our Lives Student Coalition was a call to action for politicians to hear their voices and enact gun control, and a battle cry among students who will soon be able to vote.

“We have good memories and when our time comes, we’re going to vote them out of office!” – Stefan Sujansky

M-A senior Alex Chang felt that “the speeches were super moving,” but also that there is still work to be done.

“I think that something that’s overlooked and something that we need to remember is that the change, it hasn’t really happened yet. I mean this is just the first step that we all need to take, but the conversation always stops too quickly,” she said.

Woodside High School Student Body President Stefan Sujanksy reminded the students at the rally that they can make a difference with their vote. He spoke about the NRA-funded politicians and said, “We have good memories and when our time comes, we’re going to vote them out of office!”

After the rally, while students headed back to class, M-A Senior Class President Ian Peterson said he “was pleasantly surprised by how supportive everyone was,” and “walking here was awesome.”

He also mentioned that it was nice to see teachers cheering them on as they started to leave campus “because there was a lot of hesitation before, that we were going to be met with resentful thoughts by teachers and admin[istration] and that a lot of things were kind of going the wrong way but in the end we had a really successful time.”