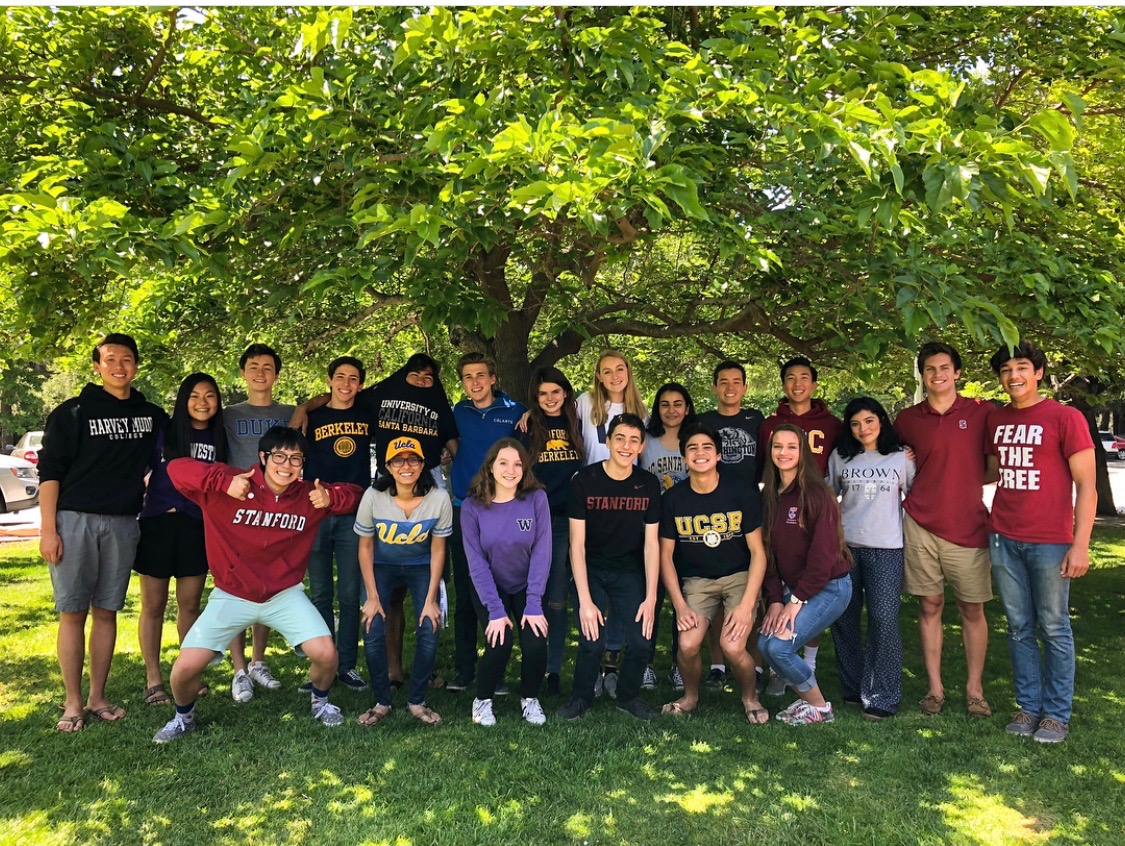 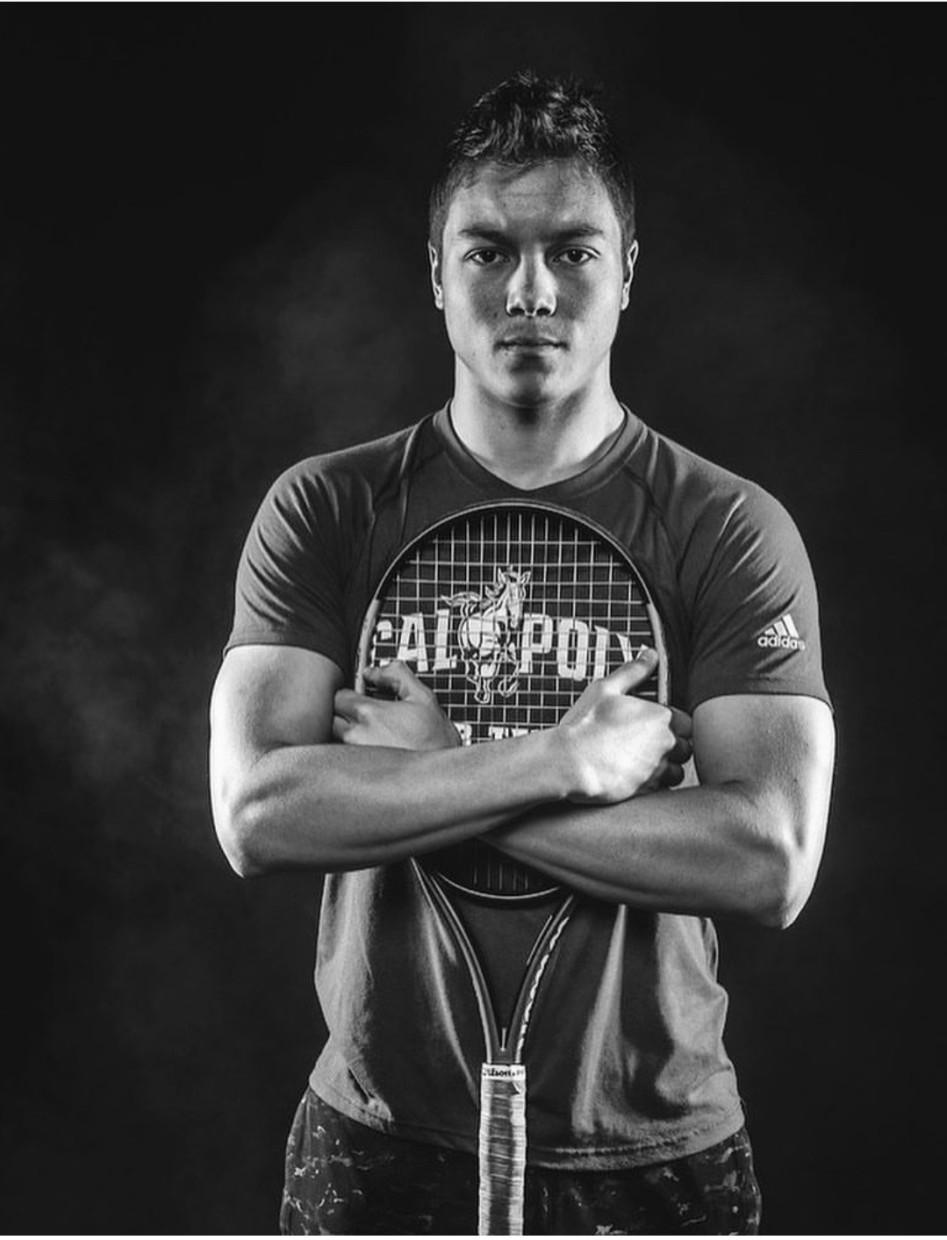 “Pass AP tests. Actually study for them because it’ll pay off for when college comes around and you won’t have to take GE’s and intro classes. If you pass out of the intro classes then you can take fewer classes per quarter/semester. The fashion show is a waste of time.”

“I still feel really close with my friends from high school! You will stay friends with the people you want to stay friends with, and putting in time and effort is super easy. Time zones can be a little inconvenient, but at the end of the day, you will work it out to keep in touch. I went pretty far from home in comparison to most of my friends. I didn’t realize how much I loved California before leaving, so that has been a little bit hard. However, I also really like the change in pace and the different vibe. Make sure you take the number of days with sunshine into account before leaving and going somewhere, say, Chicago. 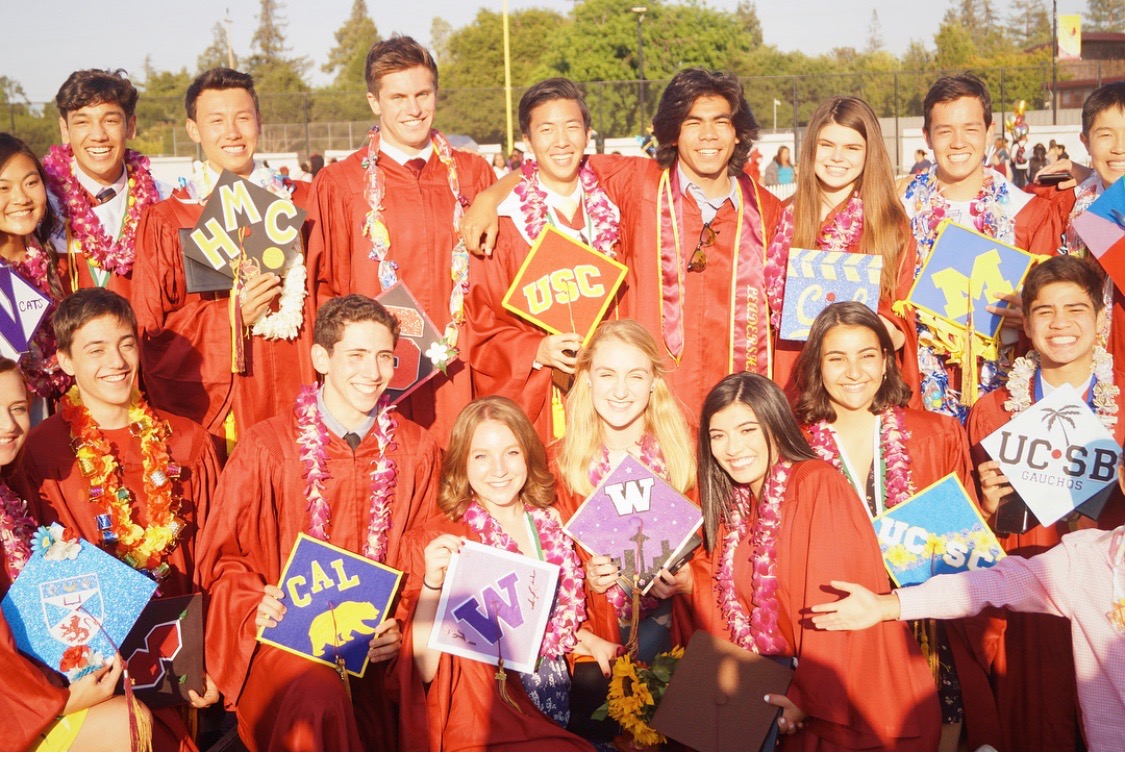 Chang and her friends show off their caps after graduation.

Weirdly enough, I really miss having alone time and my own space. In college, you are constantly surrounded by people, and while it is a really fun and exciting experience, it can be pretty hard to make time for yourself. My most memorable day of senior year was probably senior ditch day. It was so much fun being with friends and classmates for the whole day, not having to think about school at all and being able to celebrate how far we’d come throughout high school.” 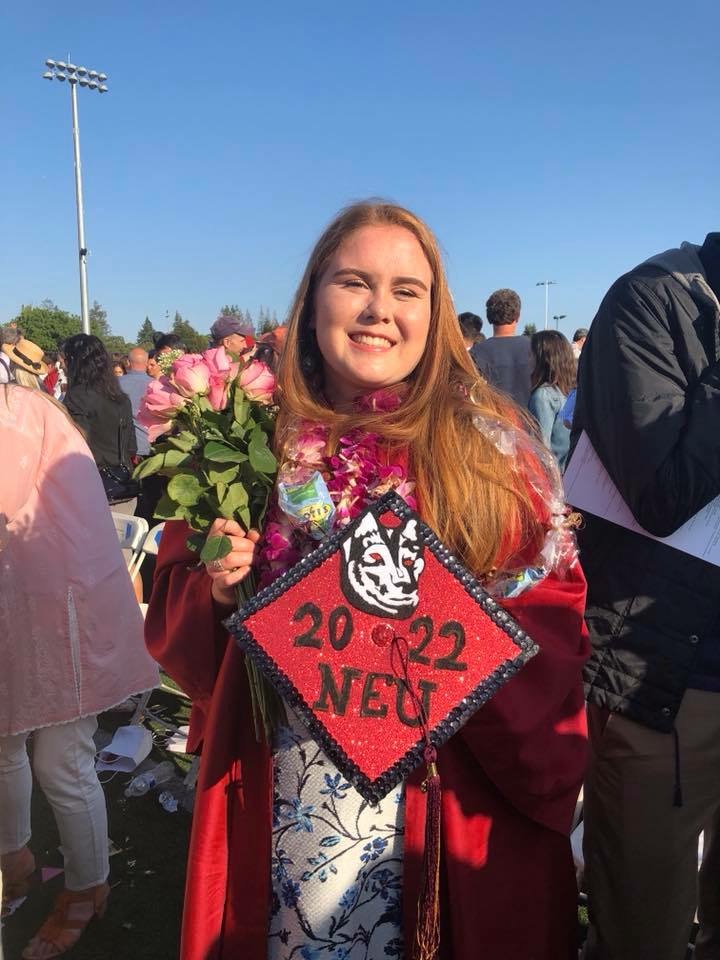 “The things that I remember most from senior year include Senior Week and all of the moments I had with my friends leading up to graduation. One piece of advice I would give to current seniors is to not stress out about college acceptances. The disappointment will pass and that once everyone gets into college that is all that matters. I would also say not to procrastinate because things tend to sneak up on you during second semester senior year.

I am still close with my high school friends! It has not been particularly difficult to maintain those friendships because we were all super close in high school, so we still talk around the same amount even though we are in college. We just don’t see each other every day. We also remained close because they are my connection to home, so it is nice to get to talk to them.

The most stressful time of the year was right before all of my college applications were due because I was scrambling and stressing about whether they were good enough and I had to make sure they were all completed correctly. The most exciting and saddest times were graduation. It was exciting to see that my friends and I had successfully completed high school, but it was also sad because we knew that it was the end of an era.”

“When you skip school you have to skip block days because they still count as 1 period for the 18-period max.” 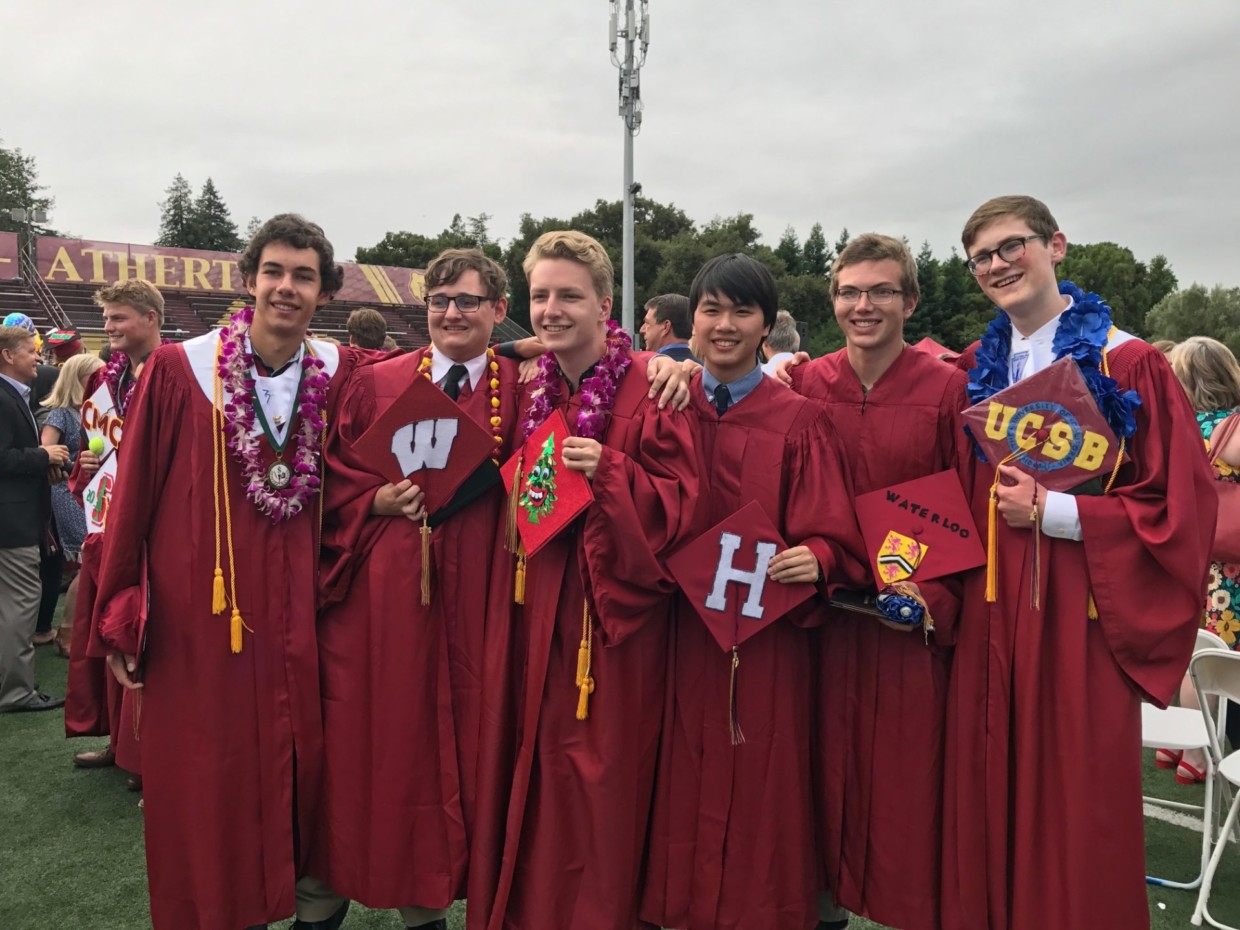 Fu gathers with his fellow graduates.

Rebecca Schena (Senior at RISD majoring in Jewelry and Metalsmithing):

“You can always change your mind. While the decisions you are faced with now (college? employment? leaving home?) are important to consider carefully, you are not confined to the path you choose now for the rest of your life. 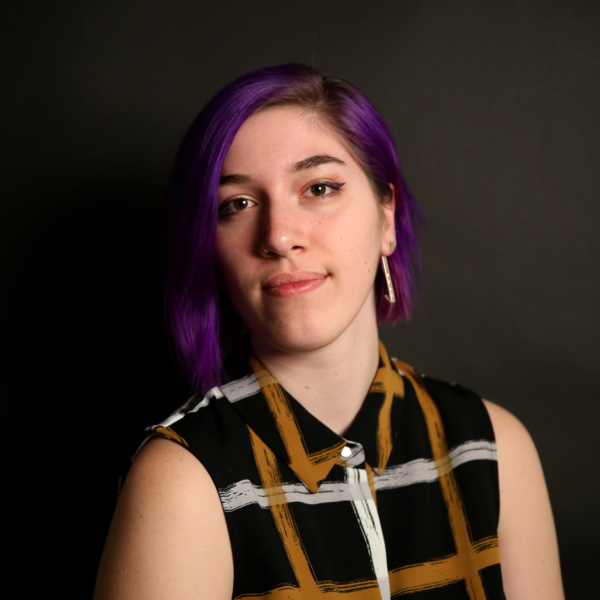 Schena majors in Jewelry and Metalsmithing

Despite being absolutely certain that I would remain close with my friends from high school, I don’t keep in close contact with many of them anymore. After 4 years of pursuing different academic and personal interests, an occasional friendly catch-up is usually all that happens now. It isn’t necessarily hard to maintain contact, but it is difficult to decide who you want to remain in contact with.

The two most stressful times of year were the few months before college applications were due and the last month of summer before leaving for school. The most exciting was the last day of school!

I miss the comforting feeling of knowing that I still had over 4 years to figure out what job I wanted! Enjoy that while you still have it! But in all honesty, I miss my family, the weather, good Mexican food, and having a sturdy support network of friends and family all in the same city.

I moved across the country to Rhode Island, the smallest and most mediocre state in the country. Ah yes, the Ocean State, that consists of more ocean than state. Despite it being incredibly challenging to be so far away from home, especially for the first year of college when I didn’t have many friends, I think that moving has taught me to be highly self-reliant. Ultimately it was a good choice for me.

I no longer have the relatively healthy work-life balance that I had in high school. In my senior year of college, I’m still trying to unlearn bad habits I developed during my freshman year in order to finish all of my schoolwork. Don’t make the same mistake I did: don’t let your college convince you that your value as a person is equivalent to your productivity.

I took my academics very seriously all through my senior year. Slacking off may be easier in the short term, but you aren’t doing yourself any favors in the long term. Consistency and reliability will get you further in life than unfocused intelligence will.”

Aarthi Popat -Sophomore at Stanford majoring in Psychology with a concentration in Mind, Culture, and Society 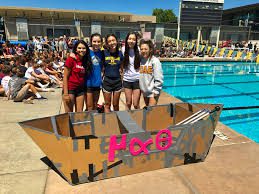 Popat makes a boat for her project.

“The most stressful time of the year was definitely first semester when everyone was writing college applications. Even though the College and Career Center helped a lot, nobody really knew what was going to happen or exactly how to go through the process. The most exciting part of the year was getting to celebrate everyone’s hard work and future plans, as well as all of the second semester events. The saddest part of the year was saying goodbye to everyone that I likely wouldn’t see after graduation, and at the end of the summer, saying goodbye to all of my friends.”