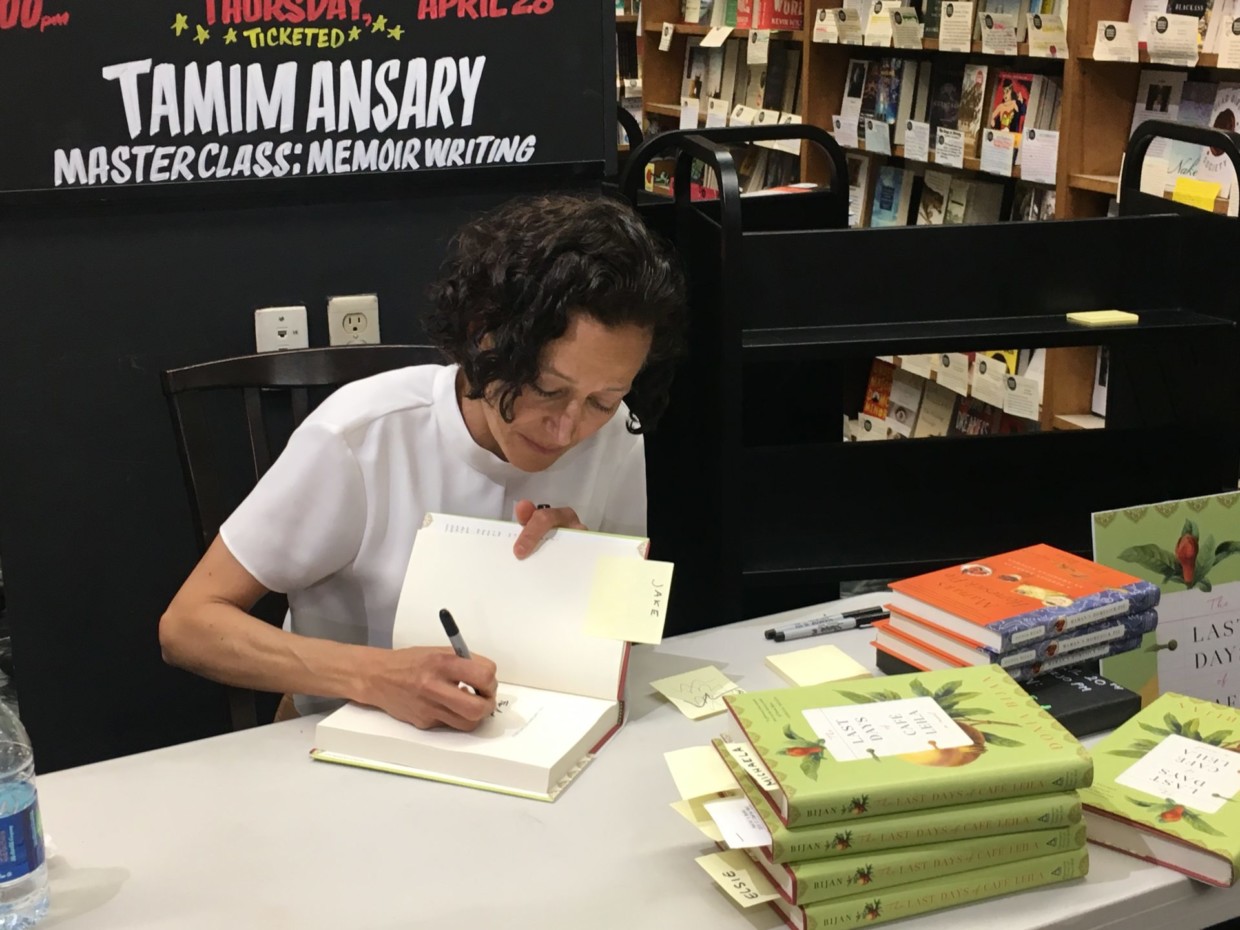 On April 20, Donia Bijan skipped through the aisle of the seated audience tucked into the corner of the Kepler’s Books in downtown Menlo Park. “Is this occupy Kepler’s?” She laughed, leaning against the podium and shuffling her papers.

The crowd chuckled, some quickly whipping out their phones to snap a picture of the Bay Area author and chef. A green book rested on the table beside her. “The Last Days of Cafe Leila,” Bijan’s latest novel, through which she brought to life the Iran of her childhood. Bijan grew up in Iran and left the country in 1978 due to the Iranian Revolution which overthrew the Shah Mohammad Reza Pahlavi and the monarchy, establishing the Islamic republic. However, she still holds onto the nostalgic memories of her homeland, and despite knowing that “for [her], there was not going back to Iran,” she could not help but wonder if it was possible to “claw [her] way back there word by word.”

Bijan is the mother of M-A sophomore Luca Johnson. She grew up in Iran and left the country in 1978 due to the Iranian Revolution which overthrew the Shah Mohammad Reza Pahlavi and the monarchy, establishing the Islamic republic. However, she still holds onto the nostalgic memories of her homeland, and despite knowing that “for [her], there was not going back to Iran,” she could not help but wonder if it was possible to “claw [her] way back there word by word.”

“I have always wanted to write,” Bijan began, “But as long as I was at the stove there were never enough hours in the day.” 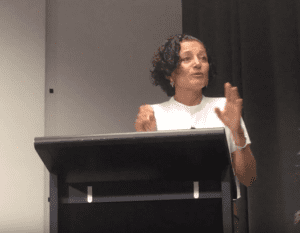 After graduating from University of California, Berkeley, Bijan attended Le Cordon Bleu in France and later opened her own restaurant, L’Amie Donia, which she ran for ten years. While working as a chef in her restaurant, Bijan continued to devour books. “It was the kind of reading that was passionate and unquenchable. All of my time was measured in how long I could read and still get some sleep before another 18 hour day,” she laughed, and an audience member gasped quietly at the length of her work day.

In 2010, Bijan returned to Iran to visit her home city of Tehran. However, after living “32 years in exile,” she found herself to be a stranger, not knowing how to tie a head scarf properly, and feeling lost in a post-revolutionary Iran. Tehran had grown from a population of three million to nine million people. Tall apartment buildings loomed over the streets where old neighborhoods and gardens once grew. Iran had evolved so dramatically over the three decades that returning to pick up where her old life had stopped seemed nearly impossible.

Fiction, however, “is all about wishful thinking,” Bijan elaborated, “You can live the lives that you didn’t choose, do the things you’ve never done, explore all the ‘what ifs’ without ever getting off your bum.”

Despite knowing that she would never return to Iran, Bijan still hoped to capture the nostalgic memories of her childhood and weave them into a story about the everyday people living in Tehran. “I wanted to write about a family ripped apart by political upheaval. I wanted to write about people who were forced to leave home and those who stayed behind who were deeply rooted in their homeland,” she explained.

Writing her book, however, would not prove to be easy. “In writing this novel every day was like traveling through the thickest forest on my knees, picking up broken branches and rubbing them together hoping to catch a spark,” Bijan explained, “eventually I had a tiny flame… and then one by one a character came through the trees with a stick to add to our little camp fire. And eventually we had ourselves a bonfire and we celebrated as best we could. But by morning that fire was gone and I was back on my knees with those two little sticks hoping to catch a spark by nightfall.”

The writing process was long but fulfilling. Bijan struggled to translate Farsi phrases into English and still maintain their deeper meaning. “It was also a struggle to make the unbelievable [cultural differences] real,” Bijan elaborated, “for example, a police officer driving your daughter home after she was caught driving without her driver’s license and inviting that cop to stay for dinner could be quite ordinary in Iran where basic hospitality and utter fear of authority merge every day in a very casual way.”

After years of writing, “The Last Days of Cafe Leila” was finished. The novel tells the story of a family struggling through their own turmoil and the triumph of faith and love over all. And as for Bijan, “After all this exploring of those ‘what ifs’, I learned that the preoccupation with belonging is narrow-minded. I shouldn’t be preoccupied with where to live, but how to live.”