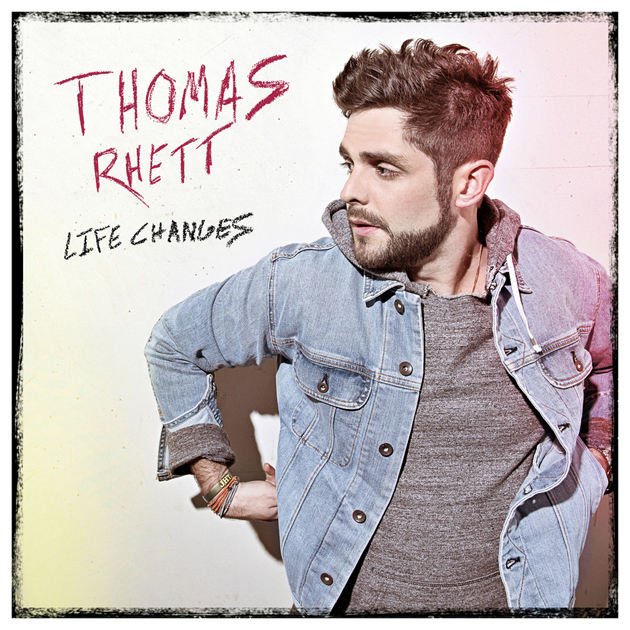 With a few hit records over the last few years such as “Die a Happy Man” and “Crash and Burn,” Thomas Rhett has been thrust into the spotlight as one of the bright new stars of country music. His recently released and third studio album, “Life Changes,” will only add to his incredible ascent as one of country music’s top dogs.

Rhett starts out the 14-song album with chart-topper, “Craving You,” and this just might be the best song on this album. With the addition of background vocals from fellow country star, Maren Morris, this 1980s-style song adds just the right amount of both pop and country to attract listeners from both genres.

Rhett recently released “Unforgettable” to the radio and it is quickly rising to overtake Sam Hunt’s, “Body Like a Back Road” for the number one spot. Like many songs on his album, Rhett records personal songs about his past and how they have all caused his life to change for both the better and the worse. In “Unforgettable,” Rhett sings about the night he fell in love with his wife, Lauren Akins and how on that “14th of October” he knew he was going to marry her.

He also sings about Akins in “Grave”, “Sweetheart,” and in the title track, “Life Changes.” In “Life Changes,” Rhett crows about how he has come from wishing he could marry the girl he met in the second grade to marrying her at the young age of just 22.

Since then, his wife has become famous and has gotten, “a blue-check by her Instagram.”

They have also adopted their first daughter, Willa Gray, from Uganda and had their second daughter, Ada James, in just the last five months.

“Drink a Little Beer” is one of the few songs on Rhett’s album that does not have some sort of pop or rhythm and blues (R&B) sound that Rhett loves to incorporate into country music. This duet with Rhett’s father and country music legend himself, Rhett Akins, is for the guys who love some regular, bro-country music.

Most of the songs on this album have a heart-throbbing, make you want to dance-like pace to them, but Rhett still enjoys recording a few slow songs that have a bit more depth to them.

This is best shown in “Marry Me” where by looking at the song title, you would think that two people are about to get married. However, Rhett sings about a man wanting to marry the girl of his dreams, but can’t as he has to experience the pain of his friend getting married to someone else.

Rhett is known in the country-music world as one who loves to dabble in other genres and this is clearly evident throughout this album as “Leave Right Now” is another risk that Rhett takes as there is not one lick of country in the song. This song has a similar feeling to some of The Chainsmokers tracks and might not bode well with country music fans who have bought the album to listen to country music.

Some other surprising songs include “Renegades,” which has a rock, John Mellencamp-like feel to the song. Some other surprises include “When You Look Like That,” which may just be the most underrated song on the album for its catchy chorus.

“Kiss Me Like A Stranger” is a more disappointing track, as the start to this song is uninspiring and does not have the R&B, country style that Rhett likes to produce.

This album is already a success and will only aid in Rhett’s quick climb to music stardom. Although only a few M-A students listen to country music, I suggest you give “Life Changes” a try as it is an interesting mix of pop, R&B and even a little rap from a known country-music star.