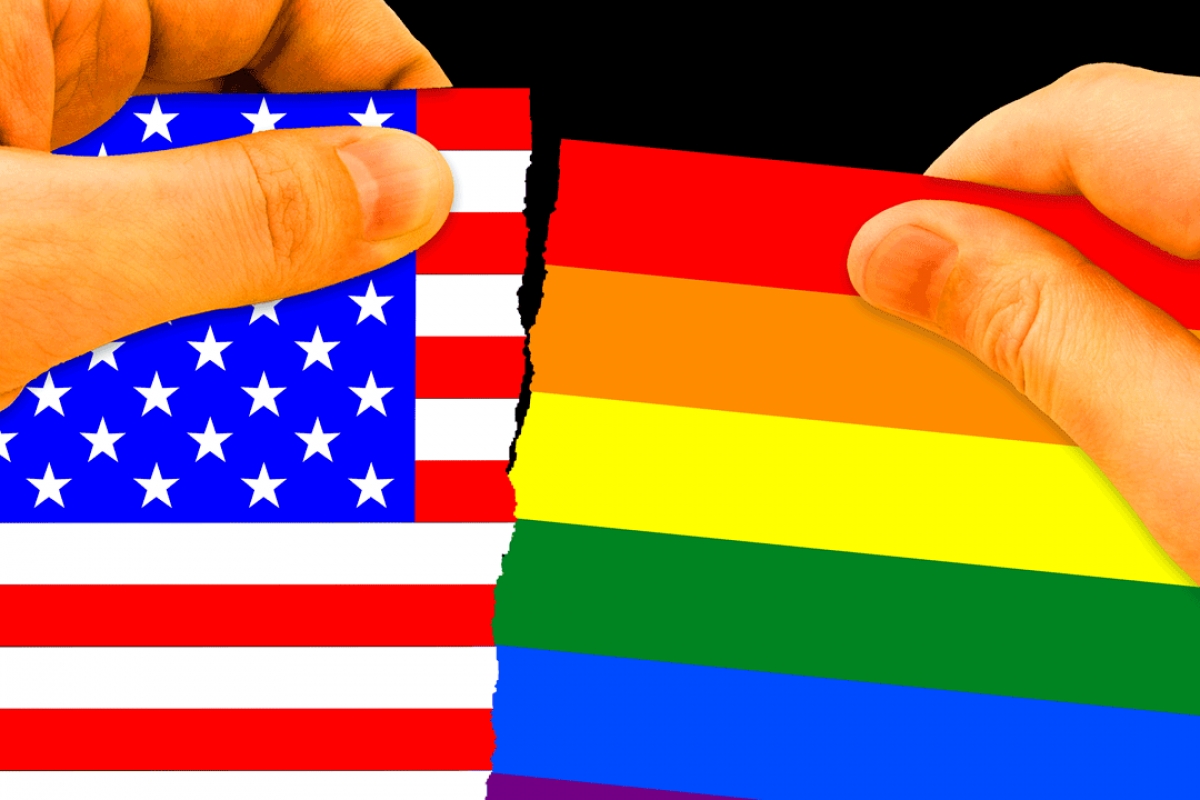 I have broken down allyship into four sections: awareness, affirmation, attentiveness and association, with explanations of good behaviors for each step, so let’s get started!

As a straight person in a space for LGBTQ+ people, it is important to be aware of the space you are taking up in the community you are not directly a part of. While you may think to have a gay/bi/trans/etc friend is “cute” or “quirky”, remember that we are actually people and do not want to be your token friend.

Also, having a queer friend does not excuse you from making homophobic jokes, you can not say something offensive and then say, “Don’t worry, I have a gay/trans/queer friend…” and pass it off. Be aware of what you are saying and the impact your words may have at all times.

Awareness also means speaking up when you hear people using anti-queer rhetoric and correcting them. You have a much more powerful voice as a straight ally, and your voice may do more than ours can. Calling out your friends when they say something incorrect will help them learn; it is not rude.

Lastly, use “I” statements when speaking for the queer community. An example of this would be, “I think all people in this LGBTQ+ meeting should….” or something of nature. Even if you know a lot about a particular issue, do not speak for/over the community, simply speak UP for them.

Affirm the identities of your LGBTQ+ friends, and support them when they come to you. If a close friend comes out to you and you have questions, either research these questions on your own or ask your friend for clarification.

The internet (even Tumblrs with centered blogs) can be a great resource, but make sure to read especially those written by members of the LGBTQ+ community. Make sure in your research you seek the views of many different people for a wider answer, not just one specific segment of the large community.

Use the proper pronouns for your trans (binary/non-binary) friends if they ask you to use different pronouns than you are used to. If you slip up, don’t make a big deal of it, just apologize and correct yourself, they will appreciate your willingness to learn.

Making the effort to change your preconceived ideas about your friend’s identity will show them that you are committed to ensuring their comfort, and they will really appreciate your willingness to learn.

Try to train your brain to stop assuming that someone is heterosexual/homosexual or cisgender/transgender, especially if you are assuming based on their appearance or their mannerisms. Use gender-neutral pronouns (they/them/their) when you are unsure of someone’s pronouns, and ask (in private) what their preferred pronouns are. Make sure you ask people in private about these topics, in case they are not out yet and wouldn’t want specific people knowing if they are using different pronouns than the ones assigned to them at birth.
Step three: Attentiveness

Being a good ally means being a good listener to those who are trying to educate you and make you a better ally for the community. Listen to the concerns of your LGBTQ+ peers when they talk to you, and then use your voice to amplify their concerns, rather than speaking to them or for them in the areas where they need help.

Also, remember that not every anti-LGBTQ+ person is intentionally trying to be ignorant or harmful, they may just need to be properly educated on how they are being harmful to their peers. Do your best as an ally to educate them when the community can not, and be patient when/if they struggle to understand things right away.

However, if someone is intentionally trying to be harmful, move on and do not feed into the hate they are trying to spread.

You cannot declare yourself an ally, being an ally comes from a willingness to learn, to change your preconceived ideas about gender/sexuality, and to take criticism from those in the community who say you are wrong about something. If an LGBTQ+ person tells you that you have done something wrong, listen to them. Apologize and correct yourself and listen when they tell you what you have done wrong, so you do not make the same mistake in the future.

If you have the platform to help LGBTQ+ people spread their voice, make sure you have a perspective from multiple facets of the community, not just white gay people.

Get involved! You don’t have to be a member of the LGBTQ+ community to actively show your support for your friends and their interests.

Organizations like the Trevor Project, the HRC, Planned Parenthood, local outlet programs, and many others need financial and hands-on support to continue providing necessary services to the groups they are supporting (though make sure the organization helps ALL members of the community in every situation they can, not just white gay people).

Continue to stay educated on queer-centered activist efforts, so you can be knowledgeable and help ensure change continues to happen. If you are unsure of how to research these efforts, ask your LGBTQ+ friends on where to start researching, they will be able to point you in the right direction!

Support publications, movies, and news outlets about the LGBTQ+ community published by the community, or similar publications that portray the community in a positive light, not full of stereotypes exaggerated by the media (see my previous blog entry on queerbaiting if you need a detailed explanation of this). By supporting these publications, you are demonstrating a wider support for the community, as you are taking the time to ensure you are getting the correct lens on the community.

Lastly, share pro-LGBTQ+ articles on your social media, and make sure you are ready to have the conversations that may come with sharing these articles. Since most allies have more cishet friends on social media than their queer friends, they may reach a wider audience with their posts, and help educate more people.

Remember that while the next four years may seem scary, if we all continue to stand together and demand that progress continues, we will not be stamped out. The LGBTQ+ community has been fighting for our rights since the fight for equality began, and nothing will stop us from doing this!

Above all, if you only take one thing from this post, listen and support your LGBTQ+ friends. Listen to them when they voice their fears, and support us through this time in our history where the future seems somewhat uncertain. We will appreciate it.