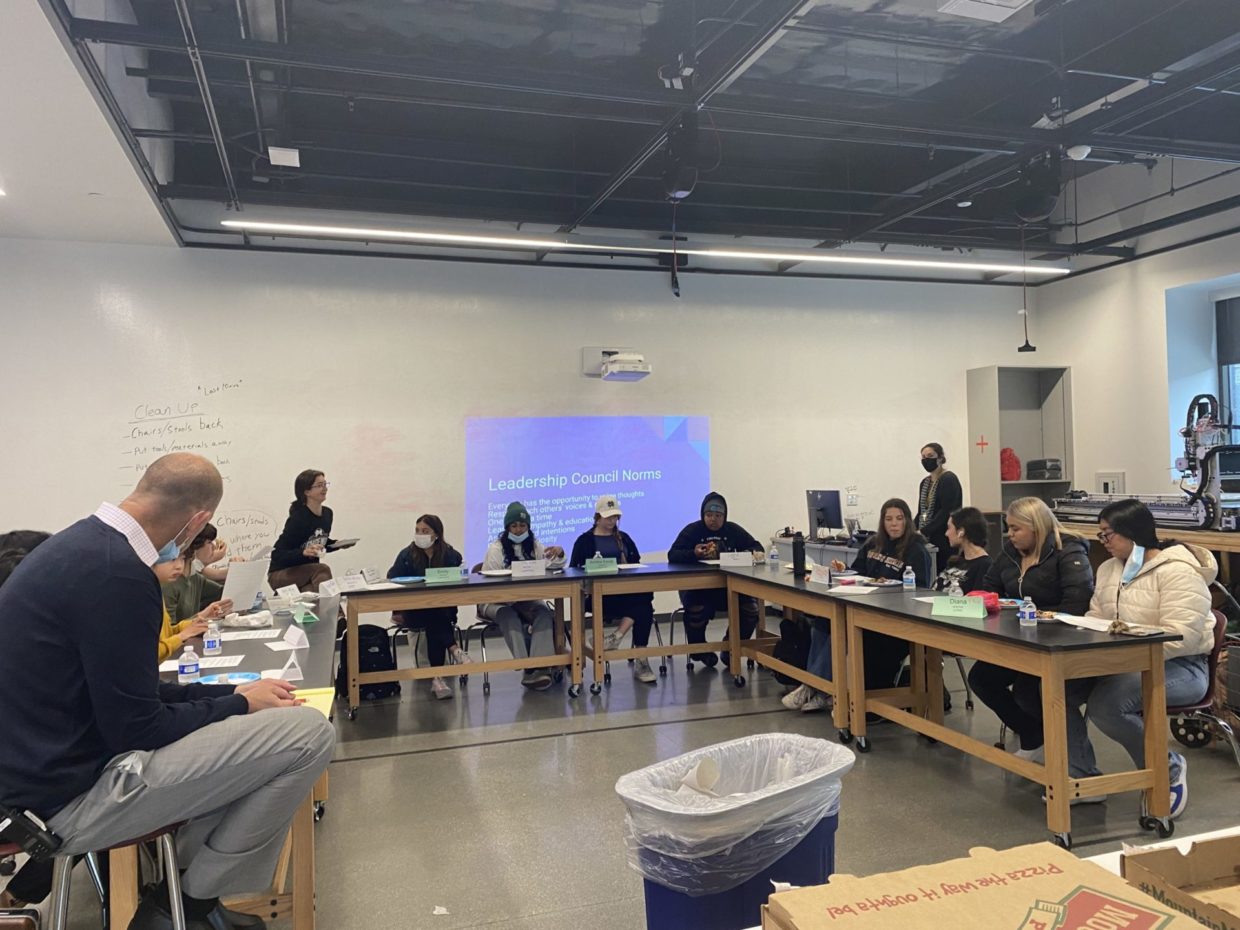 M-A Librarian Burton-Tilson explained that the Leadership Council was created in order to encourage more students who have not been historically involved in leadership on campus to participate in student affairs. She stated, “Things can make it difficult for some students to join the Leadership class, like if they’re a part of AVID or a support class that stops them from taking Leadership. It’s also challenging for some students because they have work after school and are unable to complete the needed volunteer hours.”

Burton-Tilson said, “The key thing was getting students to talk to each other and give them the space to have conversations.”

The Leadership Council has already gotten to work. Senior Amulen Rozmus, a representative from the BSU on the council said, “One of the really cool things we did recently was International Week, where all the different clubs at M-A came together to try to show and celebrate cultures that maybe not everybody is used to, and people were able to connect with them. It was a really great way to represent diversity at M-A.” The Leadership Council worked with students from Leadership class to run International Week.

At each meeting, club representatives talk about current issues on campus, ranging from a lack of gender-neutral bathrooms to problems with student-admin communication, and brainstorm solutions.

Last Thursday, April 14th, the Leadership Council met with Principal Karl Losekoot to voice concerns from their respective clubs. Clubs formulated ideas together and talked about different ways they could support each other. For example, when the GSA reminded the council to spread the word about the upcoming Day of Silence, LUMA representatives offered to post about the event on their Instagram and Leadership representatives offered to spread awareness of the event on the M-A Today broadcast.

Representatives from clubs and the Leadership class explained why it’s difficult to communicate with clubs, and together created a basis for a solution, starting with a forum for club advisors. Moving forward, the Council is looking to include even more clubs, create more efficient and effective communication between clubs, teachers, and administration, and continue to spread diversity at M-A.

Senior Lute Finau, representative of the POLY club, said, “I’m really excited that it’s another form of diversity at M-A. I like how we’re able to talk about upcoming events that are happening and ways we can support each other and how Leadership can support us. I’m excited to get people of my own club to be engaged and be more involved.”