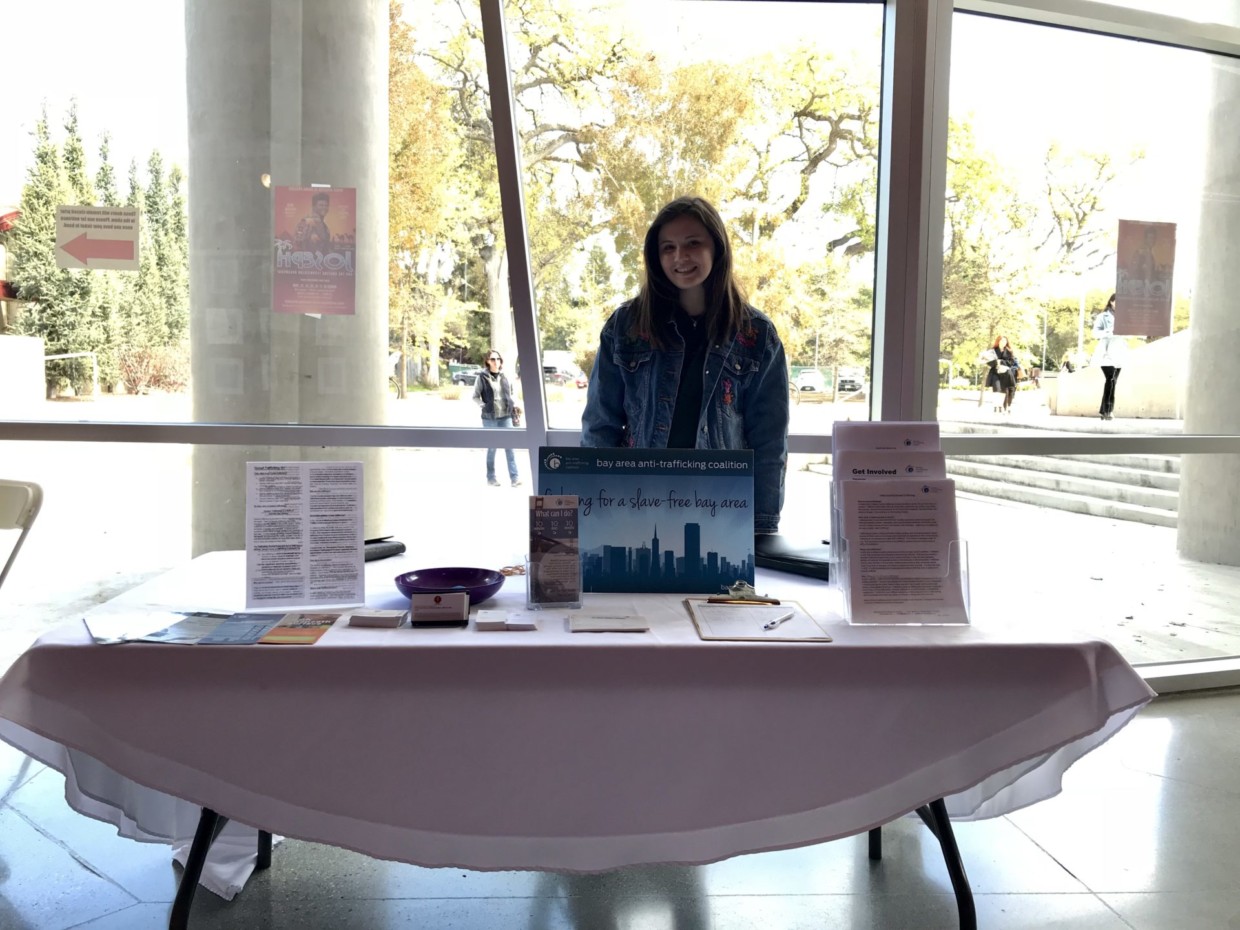 For their recent production of the show “Joseph and the Amazing Technicolor Dreamcoat,” the M-A Drama department collaborated with the Bay Area Anti-Trafficking Coalition (BAATC), putting on a phenomenal show while raising awareness about a devastating problem.

Karina Yum, the head of this collaboration, first connected with BAATC through her Church and found inspiration to get involved. Yum contacted Brian Wo, the Co-Founder and Chief Program Officer, with whom she scheduled student volunteers and BAATC ambassadors to run an awareness booth near the front entrance of the Performing Arts Center at the beginning and end of each show.

The BAATC “works to equip individuals, empower communities and engage nonprofits with the best practices to sustain the fight against human trafficking in the San Francisco Bay Area and beyond.”

Prepared with flyers, stickers, and hotline cards, the BAATC booth was meant to call attention to “a big problem that many people don’t really consider, and it just happened…to connect to themes in the show,” according to Yum.

Human trafficking is a real issue in the Bay Area, whether or not it is immediately obvious amongst the wealth and progressiveness. Here are statistics specific to the Bay Area; in the latter half of 2014 alone, there were 291 suspected survivors identified in San Francisco.

Yum takes inspiration from the musical Les Miserables in her work with BAATC. “There were a lot of quotes in it that really stuck with me, but one of the ones that has haunted me is ‘We say that slavery has vanished from European civilization, but this is not true. Slavery still exists, but now it applies only to women and its name is prostitution’”.

Yum believes that while “the rise of the ‘Me Too’ movement has been incredible in helping women…talk about the sexual assault they have experienced,” but also think that “human trafficking needs to be added to the national conversation… particularly because the victims don’t have any way to call out the people hurting them. These girls are suffering from daily rape and repeated emotional abuse and it simply needs to stop.”

The Joseph and BAATC collaboration introduced new audiences to the purpose of the BAATC and the trafficking it fights against. If you would like to learn more about the BAATC, visit their website. Donate to the cause here.