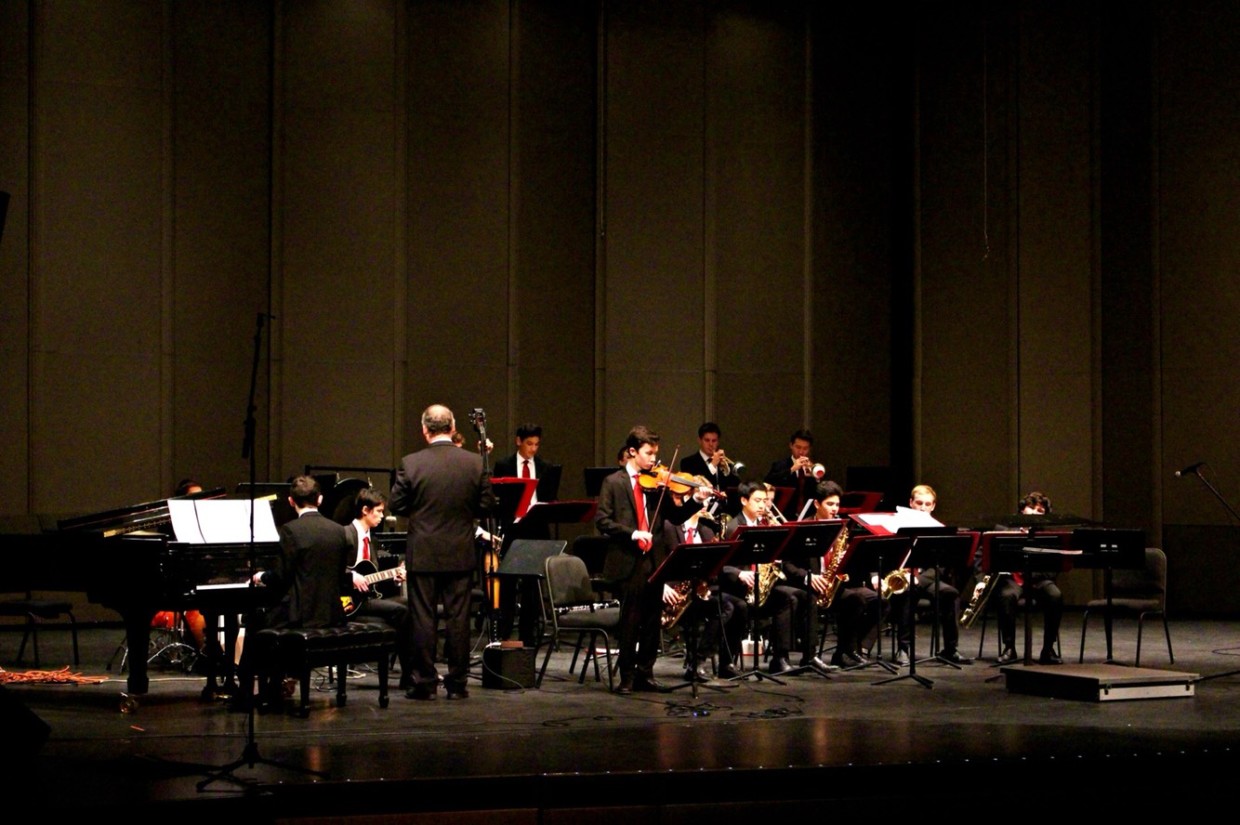 The Fall 2017 Music Extravaganza on December 1 showcased the talent and progress of students in Jazz II and III, Concert Band, and Orchestra. The night was filled with different styles of tunes from all classes, and it prepared Jazz II and III for the Delta Jazz Festival on December 2.

For the first time, the two Jazz classes got the chance to perform first while Concert Band and Orchestra followed after intermission. Kent Kurrus, music director at M-A, kept the crowd entertained with his jokes. “I think they’re really funny. Nobody else does,” Kurrus said.

Jazz II kicked off the night with the cheery saxophone notes from “Blues in Hoss’ Flat” by Frank Foster. Vocalist Charlie Smith got to perform with the soft ballad “Skylark” by Hoagy Carmichael. The band switched gears right after with fast pacing songs “Mask of the Chili Pepper” by George Shutack and “Barn Burner” by Les Hopper. 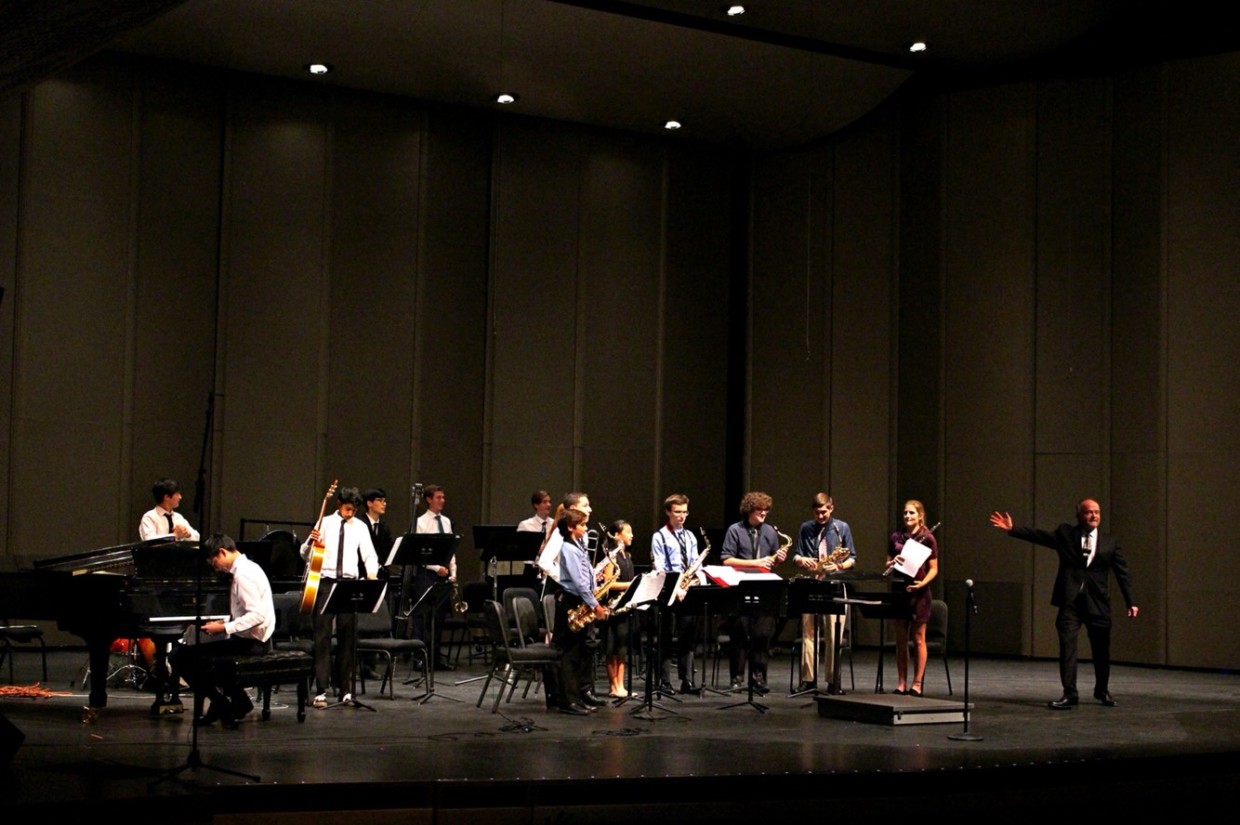 Jazz III started off with “Donna Lee” by Charlie Parker, a recommendation made by senior pianist Shane Turner. Even though Kurrus called the idea “insane,” the band did an outstanding job to impress the crowd. Vocalists Mara Cavallaro and Emma Denend got to sing “Bewitched” by Richard Rogers and “Everyday I Have the Blues” by Pinetop Sparks. “On Green Dolphin Street” was Jazz III’s final song for the night, and the final song for their competition setlist.

In 2016 at the Delta Jazz Festival, Jazz Combo ended with the average score of 98.7, and Jazz III ended with 94.3, putting both classes at first place. This year, Kurrus and students hope to continue their high streak of success. 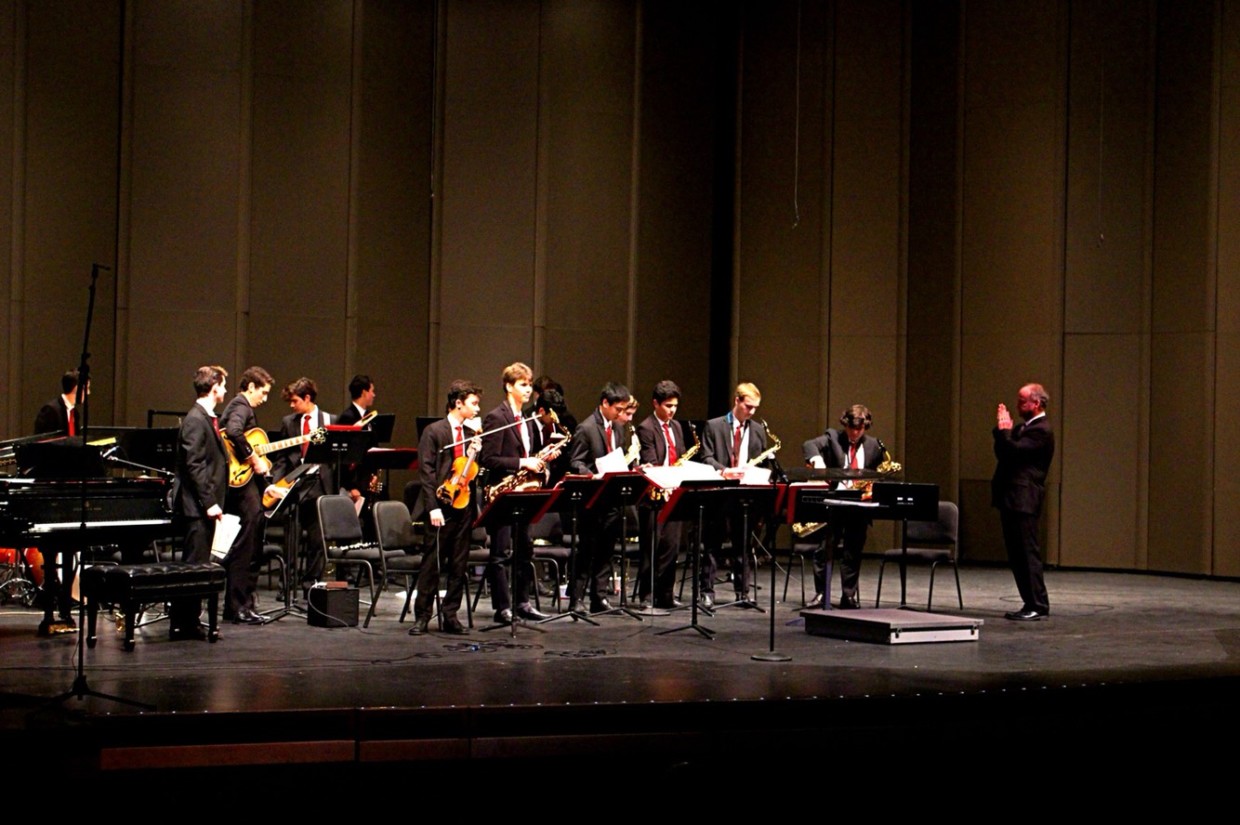 Various students got solos throughout their performance. Credit: Fiona Belk.

While the Concert band is not as big as the other two bands, they were definitely one of the louder bands of the night. “Band Wagon” by Philip Sparke and “Fanfare for the Common Man” by Aaron Copeland introduced the prominent sounds of percussion and brass instruments. Their last song, “Amparito Roca” by Jaimes Taexidor, had the crowd captivated with its catchy tune.

A sea full of violinist and other string instruments finally took the stage to end the night. Romany Dances by Elliot Del Borgo and Toccata by Girolamo Frescobaldi both set ominous tones and sounds in the beginning. Dance Infernale from “The Fire Bird Suite” was the final song of the night. The orchestra played this song to experiment with new melodies and rhythm.