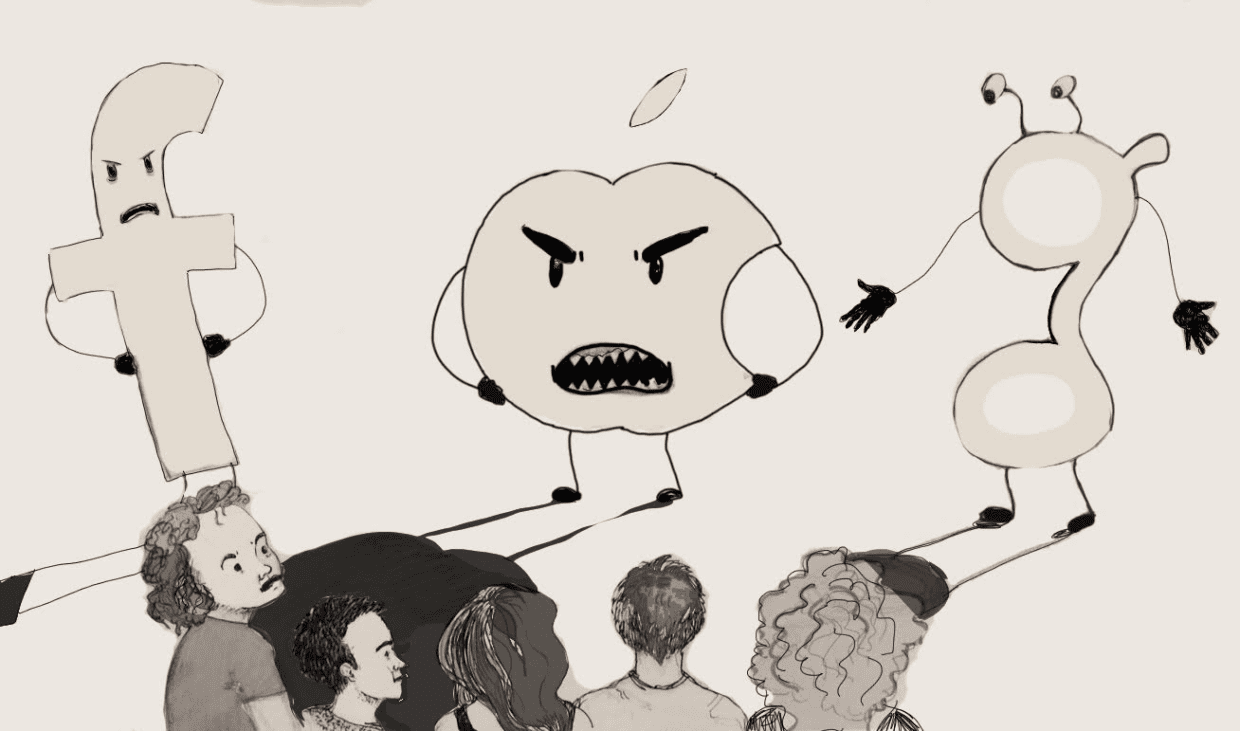 In the Shadows of Giants: Adolescent Stress in Silicon Valley

The achievements of Silicon Valley, and of the people who live in this narrow but vital corridor of the state, are known far and wide across the world as a whole. Our community is home to Facebook, Apple, Google, and countless other important tech companies whose research and products are integral to our society, as well as a population of incredibly determined and talented individuals who have become actors on the world’s stage. However, under all the glamour and intelligence culminating in this cauldron of wealth, innovation, and technology, lies one group left behind, overwhelmed by the vast success around them. These are the students of Silicon Valley.

According to the Huffington Post, the Greater Bay Area hosts seven of California’s ten “Most Educated” cities, those that have the highest percentage of adults with degrees from four-year colleges. Of those seven, five are in Silicon Valley proper which constitutes the southern end of the Bay Area. Students of M-A are no stranger to this distinctly high concentration of extremely educated people. Many of those we interact with–our teachers, our neighbors, and even our family members–have advanced degrees or have studied at some of the top schools in the nation. In the backyard of such internationally renowned universities as Stanford and UC Berkeley, and living among people who have gone to Ivy League schools and their equivalents, it is no surprise that students feel a unique pressure to succeed, as attending a top college is merely the expectation within Silicon Valley society.

Student stress is the dirty secret of our community, leaving countless teenagers prey to anxiety and depression, and sometimes propelling those with the greatest pressures to take their own lives. Schools such as Palo Alto High School and Gunn High School have taken measures to avoid these tragedies, coming to the conclusion that the only option to reducing student stress is to simply limit the amount of AP and Honors classes that can be taken. This fails to address the heart of the problem; the issue does not originate from the classes and workload themselves, but rather the desire to obtain some inkling of the success that we see from those around us in “smart” Silicon Valley.

American culture has always focused on self-improvement and the pursuit of greater opportunities, generally manifesting in the race to achieve or exceed the level of education, social status, or wealth of one’s parents. This phenomenon is still true in present-day Silicon Valley, however the bar for acceptable success is raised to astronomical levels. In many other parts of the country, simply attending the local state university is reason enough to be proud. Among the educational elite in the Bay Area however, failing to enter any of the top schools in the nation is cause for concern and shame.

Success does not exist in a vacuum; it must be won over the defeat of others. Silicon Valley students do not work their hardest solely for the triumph of self-improvement– a vast amount of their efforts are completely focused on edging out the competition, most of which are already top students in the nation. The cynical, but accurate saying goes, “it’s not enough for one to succeed, others must fail as well.” This adage, adapted de facto by many in the Bay Area, paints a picture of the inherent cut-throat competitiveness that is impressed upon the youth in our community, which contributes to angst, stress, and in the most serious instances, even suicide.

Parents are not directly to blame for this issue. While some are extremely insistent on pushing their children to the maximum, aiming to set them ahead in life but in reality causing untold emotional and mental problems, this group remains a small minority. Indeed, the “tiger mom” stereotype, while in some ways an authentic description of some parents in our community, is far from universal. The internal drive to succeed is undoubtedly what puts many of our teenagers on the road to obsession, anxiety and depression. This pressure is caused by a more abstract and far reaching feeling of hopelessness and inferiority of the young in smart, educated, and wealthy Silicon Valley.

We are trapped in the shadows of giants, not those from fairy tales or nightmares, but the legends of the information era – Steve Jobs, Steve Wozniak, Mark Zuckerberg, Larry Ellison, and countless others. We gaze up and look at what those around us have achieved, our neighbors, billionaires; our family, doctors, lawyers, and professors. Our communities are dotted with the great glass and steel complexes of some of the richest and most remarkable companies in the world – NVIDIA, Oracle, Tesla, the list goes on and on. And these dots, the veritable titans of Bay Area society, stretch as far as the eye can see from San Francisco to San Jose. To many in this country, having the privilege at working at any of the various agencies and companies that call Silicon Valley home would be a dream come true. To those raised in this exceptional community, it would simply be what is expected. The only foreseeable route in our lives is to follow in the footsteps of this success that we witness everyday, and when it is finally realized that it is impossible for all who grow up in Silicon Valley to reach what those before us have achieved, a terrible weight is cast upon our shoulders.

I myself can feel this impending disappointment. While my father was accepted to some of the top schools in the country, I know that I will have great difficulty attending a school even close to the rigor and prestige of those he went to. For many teenagers in the Bay Area, this is how they truly feel, left behind in the dust while the achievements of their community shine bright across the world. It’s normal to say that not everyone will be able to go to that Ivy League school, or work at that Fortune 500 company. But when that’s the only life we know, growing up in neighborhoods of Stanford graduates and business executives, it’s hard to face the reality that for many of us, myself included, those achievements are out of reach. This realization sometimes makes us work and fight harder to ensure that we are not the ones who are left behind. But for many, this hopelessness of being unable to fulfill what once seemed like our destiny can drive us to anxiety and insanity.