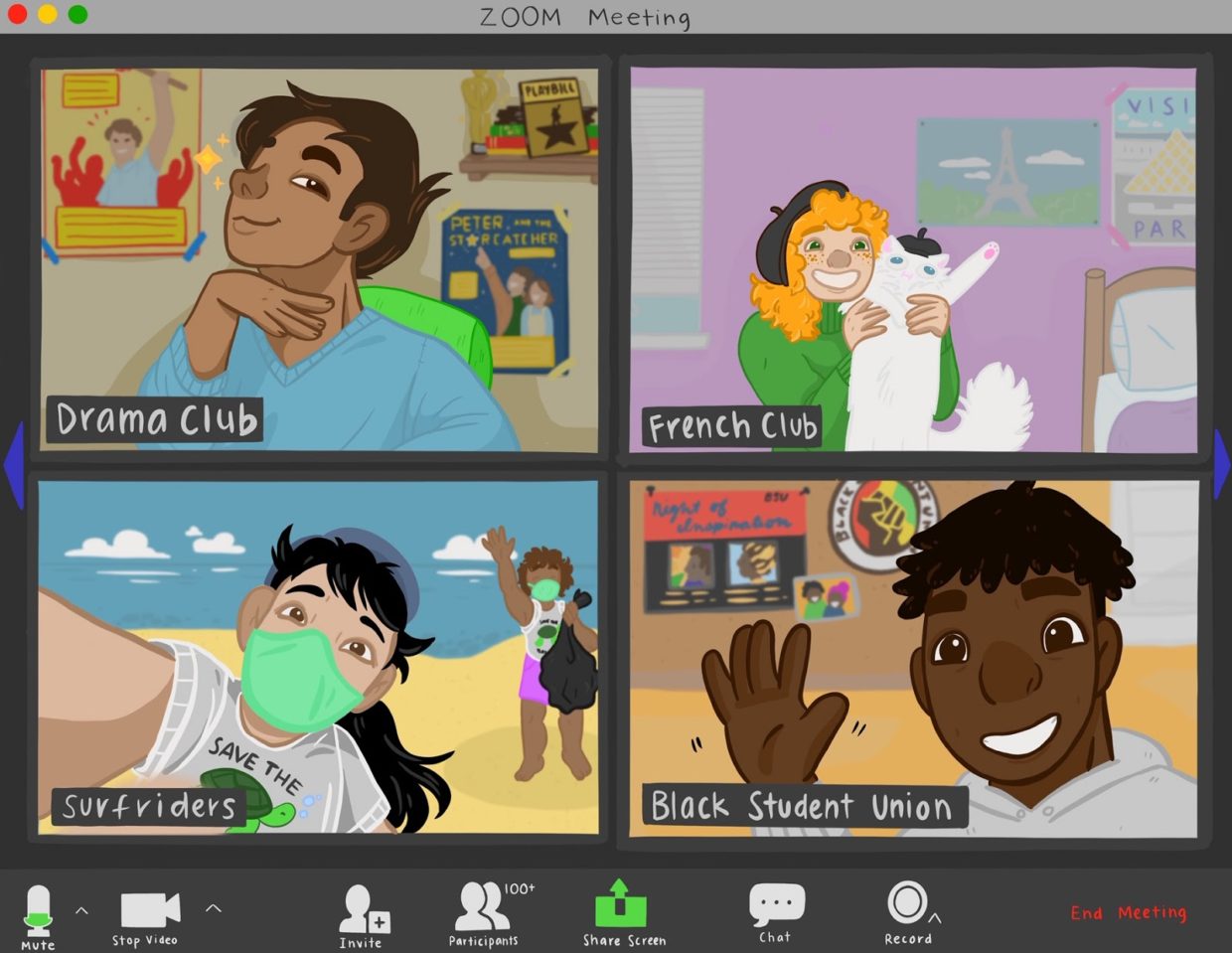 Clubs Carry On Through COVID

M-A’s clubs have moved entirely online as a result of distance learning, leaving uncertainty as to how new and old clubs will adjust to these changes.

Menlo-Atherton’s Clubs Coordinator Jacob Fishman explained the guidelines for new virtual clubs: “This year we will have a Google form that each club will need to fill out after their meetings, and attach a Zoom recording of that meeting to the form. All clubs will have to meet for at least 30 minutes each week.”

While the online format for clubs is pretty similar to that of years past, many clubs have had a difficult time transitioning because their original purpose involved contact. For example, Donut Club, a food club that donates all its profits to the Second Harvest Food Bank, had to completely reformat their plans for the 20-21 school year. The club’s treasurer, junior Calypso Boustiha said, “We are super excited to keep the tradition of the Weekly donut club alive this year. It’s going to be a little different because of the virus, so we will be delivering donuts to M-A students who ordered using our Google form and following all Covid-19 safety rules.”

In addition to Donut Club, the Leo Club has also had a difficult time managing their fundraising due to coronavirus related cancellations. Their Vice-President, sophomore Amelia Kratzer commented, “The most challenging part of the transition has been fundraising for our club as we normally get most of our money from working the Stanford football games, but they have been cancelled.”

Despite the challenges M-A clubs have faced, new and old clubs have put together creative alternatives to in-person meetings. Club leaders have used their communities as an aid to help them restart virtually. Indie Berkes, senior and President of Curieus club said, “To transition to virtual learning, we launched Curieus in Quarantine over the summer. We made 10 videos (2 weeks of curriculum) that were free and available to anyone on that website. Additionally, we packaged and distributed materials for over 500 local families. To carry this over to the school year, we will be partnering with PAL [Peninsula Athletic League] and the BGCP [The Boys & Girls Club of the Peninsula] to host weekly after-school Zooms, and continue distributing materials.” 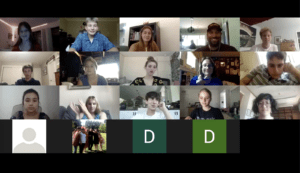 This year has also seen new clubs register in spite of distance learning. One of which, Spike4Service, will host online meetings, as well as socially distanced tournaments. Members of the club can join spike ball tournaments with a $5 entrance fee and the winner of each tournament can choose the charity where the proceeds will be donated. The club’s secretary, junior Luke Jensen said, “So far there have been few challenges and as a team we are excited for the potential M-A Spike4Service has.”

Additionally, this year Menlo-Atherton will be sponsoring an online club rush as a Youtube Video that will go live on September 18th at 2 pm so students can join virtual clubs. Fishman explained, “Instead of a live event, it is going to be more of a catalog of videos that display what each club is about. Each video will be between 30 to 60 seconds and include a tiny url link, so that people can easily sign up for clubs they find interesting when the video is sent out”.

Carlos Monterrosa, senior and President of the Dream Club said, “I think M-A is doing an amazing job because they’re allowing students to hold meetings and giving us the opportunity to have a club rush online.”