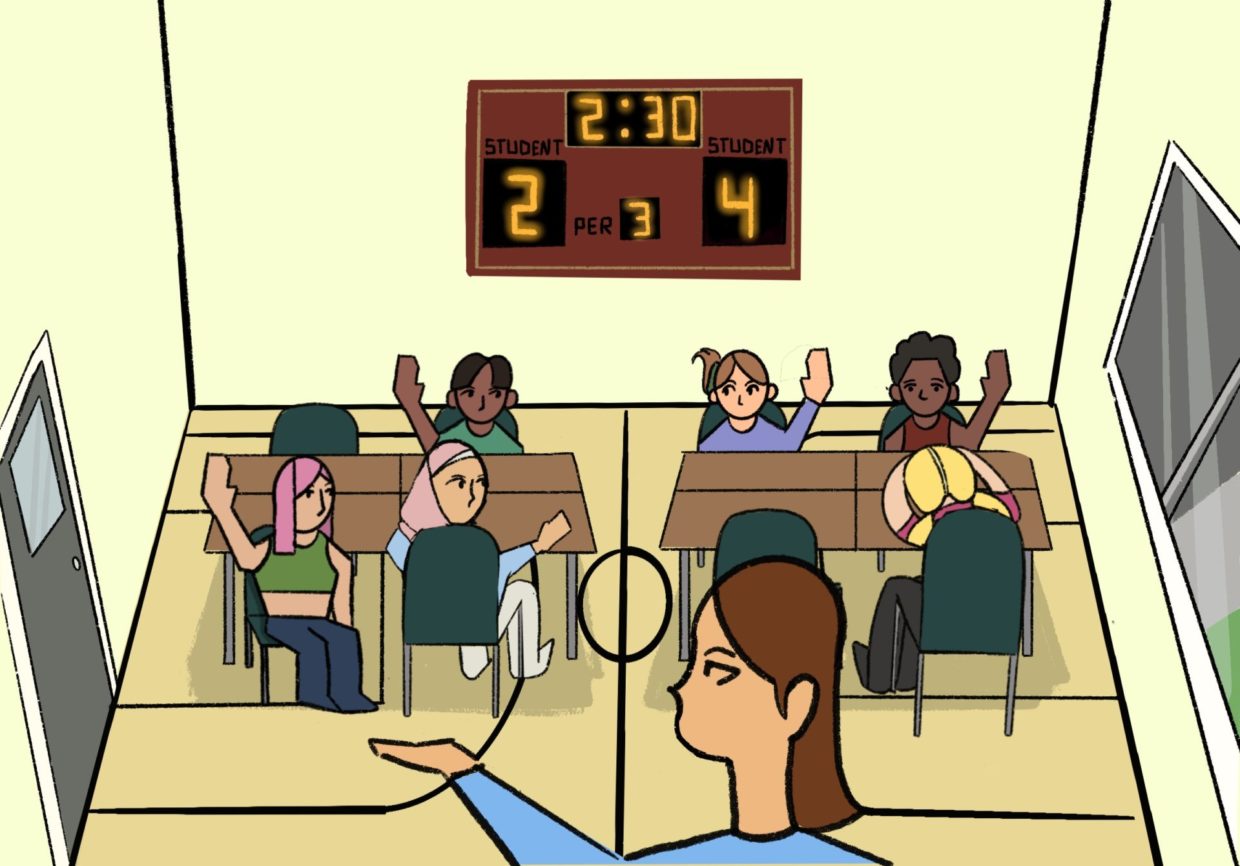 Some teachers think that grading participation can improve both the classroom environment and student’s grades, where as others think that it may overlook student individuality and put introverted students at a disadvantage.

In a poll of 36 M-A teachers, only seven grade participation. 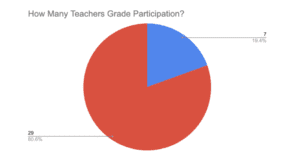 Stone explained, “There are some students who don’t get the opportunity to participate or speak up in classes, so having a grade for it is more of an incentive for a student to speak up.” She added, “What I see is that if there is a grade attached to it, then the majority of the students participate and engage. Whereas before I used participation grades, I did not get any feedback or engagement from students.”

Lack of feedback and engagement from students could contribute to a closed classroom environment, where students are unmotivated to participate and contribute. An open classroom with student participation can allow students to learn from each other and work on their public speaking skills. Stone said that with the implementation of grading participation she “saw the improvement in the overall classroom participation.”

Sophomore Amala Raj said, “It is a great way to show your knowledge. Obviously some people are not going to be comfortable with that, but in the real world, you need to be able to communicate with people and express your ideas.”

Sophomore Dylan Lanier said, “[grading for participation] creates a more pressured environment, where you feel that you have to contribute and get your word in the conversation, as opposed to listening to other people’s opinions and ideas. Having the participation grade can create really artificial conversations that are more focused on trying to get an A.”

Alternatively, AP Literature and Psychology teacher Lisa Otsuka, who chooses to not grade participation, said, “In some ways, I do grade for participation, but not all participation has to be verbal.” She said, “One of the big differences between extroverts and introverts is that extroverts think out loud, and introverts tend to process first, then speak.” She explained, “If I don’t give students time to think, then I’m going to get the quickest answers from extroverted students. I also know that those who speak the most aren’t necessarily smarter or have more meaningful things to say, than my introverted students.”

Otsuka mentioned how research shows that people with a higher baseline level of stimulation, introverts, often have a thicker prefrontal cortex—an area of the brain associated with thought, planning, and executive decision making. This means that just because these students don’t speak up, it doesn’t mean they don’t have valuable ideas to share.

Otsuka said, “If I don’t have other ways for students to express their voice, then I could easily, as a teacher, prioritize extroverted students.” Otsuka knows that for herself, she tries to “create enough diversity of experience so all students have an opportunity to participate and be heard.”

Natalie Fishman is a sophomore at M-A and this is her first year in journalism. She is interested in writing stories about new music as well as student and teacher opinions. Outside of school, Natalie enjoys classical singing and plays water polo for M-A.