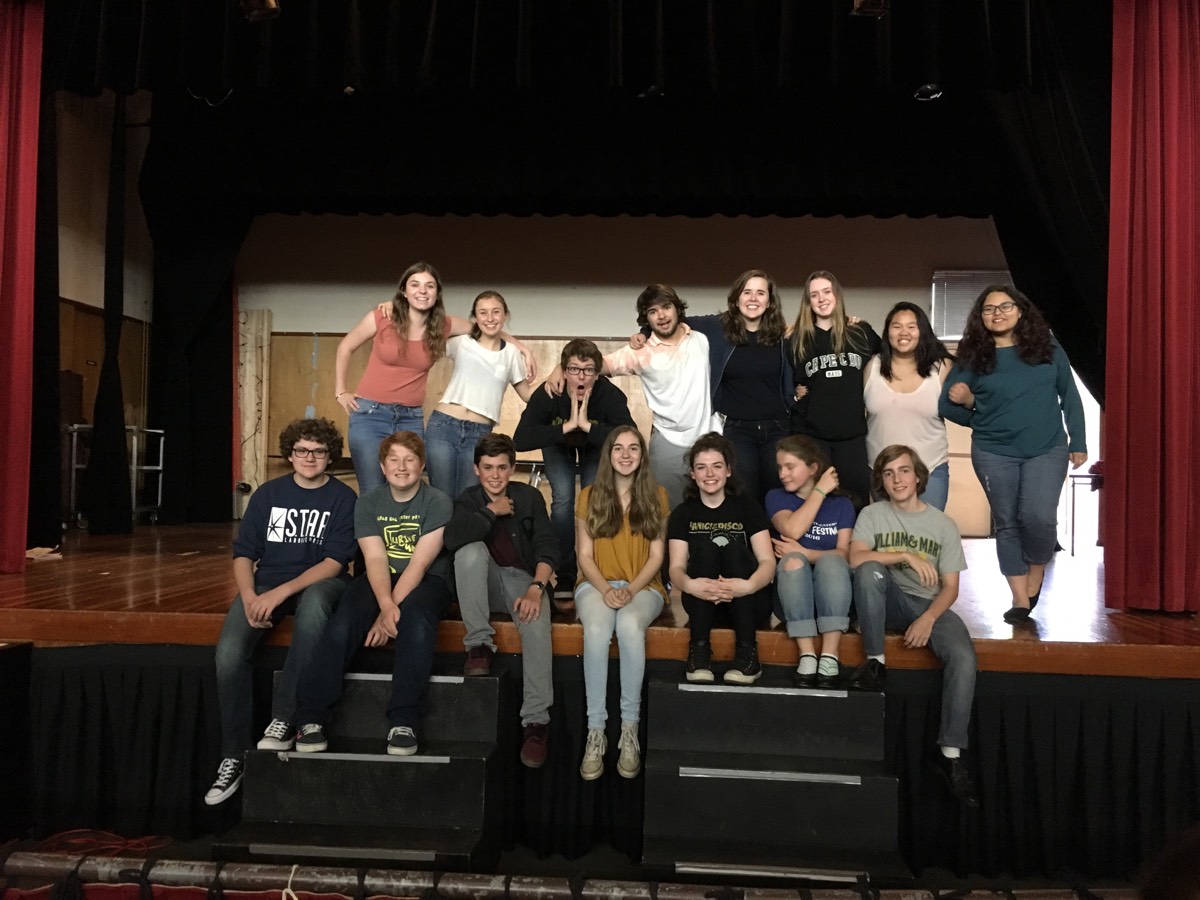 Besides being home to Facebook and quiet suburban streets, Menlo Park’s lesser-known claim to fame is Grab Bag Theater, one of the only entirely high school student-run theater groups in the country. Grab Bag puts on a play, musical, and a Winter Arts Festival annually, as well as open mic nights throughout the year. The group is open to students across the Peninsula, but the majority of participants are M-A students.

The first show Grab Bag ever put on was “Hairspray” in 2011, lead by a group of M-A students, who initially did not intend to create a lasting theater group. “[They were] looking for more opportunities to be involved in the leadership side of theater,” senior Abby Howell, the current executive director, explained. “At the end of it, they liked it so much that they set up this whole structure.” 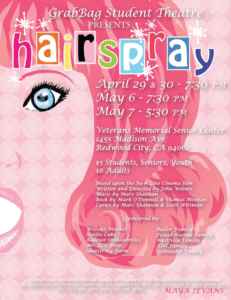 This structure Howell referenced consists of an executive board and a junior board, which are both elected annually. In addition to running for the position, students must also interview to be on either board. “On the executive board we have specific positions that people are assigned to,” explained Howell.

Junior Kelley McCutcheon is a co-development director this year with junior Zoe Schacter-Brodie. “We manage the junior board… [and are] also in charge of community outreach,” McCutcheon explained.

Sophomore Peter Vitale is a member of this year’s junior board. “In junior board we organize… all the open mic nights, [and] the winter arts festival,” he said.

This includes securing the venue, making playbills, and sometimes bringing snacks. Through responsibilities like these, students are able to learn leadership and management skills they might not get to experience in companies with adults. For McCutcheon, being a part of Grab Bag has helped her gain professional skills, which include how to “do an interview and that whole process, and then the process of problem-solving within aspects of the company, and task division and just all of those skills that are important in the real world for jobs.”

In addition, the process of putting on a show helps students develop artistic skills like directing, choreographing, or technical directing. “It’s just a really unique thing,” McCutcheon remarked. “Like how many high school sophomores or juniors do you know that have gotten the chance to vocal direct two full-length musicals?”

Furthermore, Grab Bag’s size ensures that students get more stage time, a louder voice in planning and shaping productions, and are able to watch and learn from the peers alongside them. “It’s more of a collaborative experience than doing theater with a professional director or something like that,” Howell commented. “Everyone’s kind of learning from each other.”

McCutcheon added, “you get to see this other side of [your peers]… [it] bring[s] out the leadership qualities in everyone, [which] is really cool to see among your friends and see your friends grow and develop as leaders.” 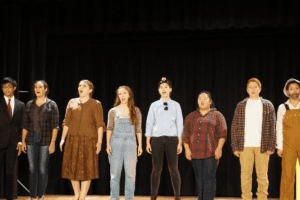 For Vitale, working with his peers also makes it a more comfortable environment. “We can all level with each other in a way that adults might not be able to,” he explained.

Moreover, Grab Bag is a niche community that gives members a sense of belonging from the moment they join. Howell, Vitale, and McCutcheon all joined freshman year, as do most members. “When I was in eighth grade I was really really nervous obviously to come to high school… but theater is such a community that I’ve never felt that way ever,” McCutcheon reflected.

Howell noted this environment of acceptance as well: “at Grab Bag it’s kind of easier for anyone to join of any experience level, and it’s a really great way to learn how to perform and be more comfortable with yourself.”

McCutcheon has experienced this growth first hand; “I feel like I’ve gotten more able to be authoritative when necessary,” she explained.

This open, welcoming environment can be more appealing than a traditional theater setting for some, making them more invested in the tight-knit community. “This isn’t a proven statistic, but from what I’ve seen more people return to Grab Bag shows than M-A shows,” Vitale observed. 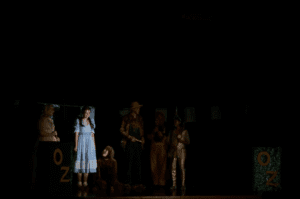 However, being completely student run also has its challenges. “Just getting people to realize that we are a legitimate company and that we put on full-length

This lack of legitimacy can be a problem in terms of getting funds and resources, securing musical rights to shows, which requires an adult representative, and availability of rehearsal space, which can fluctuate since the company borrows space from various local churches and community centers. Because Grab Bag has now been a fixture in the local theater scene for almost six years, some of these problems have been assuaged. Astute social media use and coordination with the M-A drama department have also helped the company establish themselves.

Another obstacle is that “people don’t always take the commitment seriously,” Howell remarked.

In reality, participating in Grab Bag can be just as serious as a school show or otherwise. “Our show process is typically two months of rehearsals, and we have rehearsals every day after school for two to three hours,” Howell detailed.

Vitale added that “the hardest part is finding a time to all meet… because we all have [different] schedules.”

Ultimately, the obstacles of being entirely student-run are outweighed by the sense of ownership and happiness produced by creating a show independent of any adult supervision. “By the end, everyone is just really proud… because everyone has contributed so much, and it really feels like our show,” Howell affirmed.

In general, youth theater gives students the opportunity for a creative outlet unlike any other. “[We] just [get] to express ourselves and find a community and have fun with it,” Vitale stated. 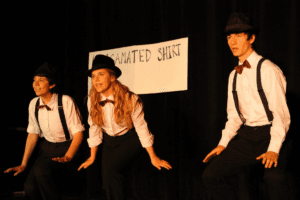 Besides responsibility, creative self-expression, and professional skills, perhaps the most important thing a Grab Bag member gains is a lasting community that stretches throughout their high school career and beyond. “I’ve always had friends in all of the grades; I’ve been able to be… a little bit of a mentor figure to some underclassmen and then I’ve had those same people for me that are upperclassmen,” McCutcheon explained.

When asked about her favorite thing about Grab Bag, Howell summed it up best: “Every show is really different… every year is a completely different experience… But it’s always a really strong community no matter who’s a part of it, because… we’re all really committed to it.”

Grab Bag’s next show is the musical “The Boyfriend”, a spoof of a 1920s comedy that centers on the efforts of English school girls in the French Riviera to get boyfriends. Shows will be on May 12, 13, 19, and 20 at 7:00 pm with a matinee on the 20 at 1 pm, at the Veterans Memorial Senior Center in Redwood City.