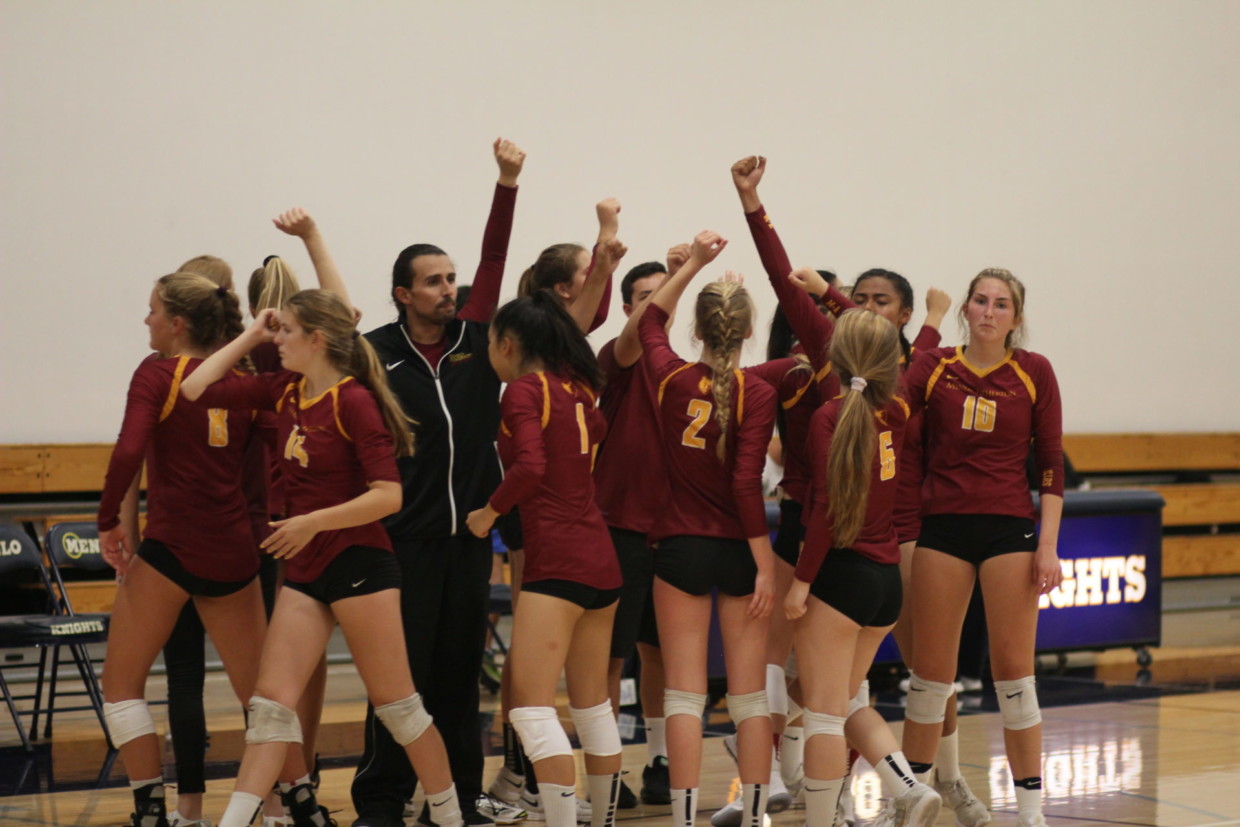 M-A’s girls’ varsity volleyball players have worked hard to improve their skills and play as a team despite their young roster, and though their record may not reflect obvious success, they have been able to compete with the best teams in their league. The Bears started to play with difficult preseason matches against schools like Saint Francis High School and Menlo School and have been battling their way through a tough Peninsula Athletic League (PAL) season. So far, their conference record is 3-7 and their overall record is 5-13, but the Bears and their coaches have worked hard to hold themselves to high athletic standards, and remain optimistic for the rest of the season and possible postseason run. 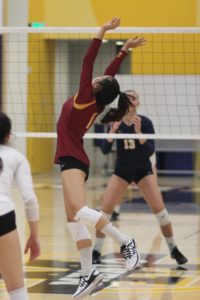 Freshman Rachel Park pushes a set to the right side. Credit: Greer Hoyem.

One of the most difficult things for the varsity players to deal with was the legacy left behind by last year’s team who excelled in the postseason and made it to the state championship game versus Edison High School in Southern California. Six strong seniors graduated, leaving the Bears with a lot of work to do to fill their roster and build another team capable of making a deep playoff run.

The underclassmen did not disappoint, however, and the fight the Bears have put up in their PAL matches is a testament to the hard work of the returning varsity players and rookies alike. Head coach Jairo Sierra admits, “Unlike some of the stronger teams that M-A has produced in years past, it has been tough to mimic that legacy. This team has had to work hard for every win and we intend to finish the season as strong as possible.”

The roster of underclassmen includes standout freshman outside hitter Emma Spindt, sophomore middle blocker Marit Hoyem, and setters Rachel Park and Mariah Grover. Grover, who previously played as an opposite, has taken on the setting role gracefully, and she and her fellow underclassmen setters have worked hard to set their hitters, including senior team captain Lauren Heller, up for success. 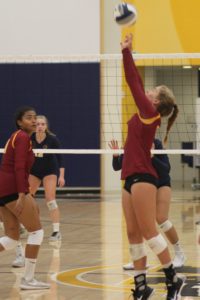 When asked if the season has included major surprises so far, Sierra replied, “If there are surprises, then you haven’t prepared enough— at least that’s typically the philosophy I live by. I can safely say that injuries have definitely impacted the development of the season (fractured fingers, concussions, et cetera). As a team, we had no other motive but to rise to the occasion every single match that we played.”

The PAL season started off with a home match against Carlmont High School, which the Bears lost, but they took the Scots to five full sets in front of a raucous home crowd. The players clearly fed off the energy from the supportive crowd and went on to beat Terra Nova High School in an away game two days later. They lost to Aragon High School in three sets at their next home game, but redeemed themselves with back to back wins, including their first home victory versus San Mateo High School. 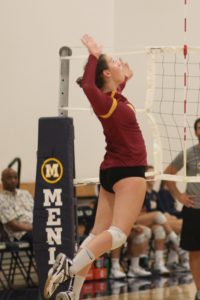 Following this high, the Bears battled through a tough schedule, with matches versus Aragon, rival Carlmont, and Woodside High School among others. After five losses, M-A rebounded with an exciting home win against Half Moon Bay High School on October 17. They hope to carry this victorious energy into their last three PAL games and possible postseason, with their final conference match against Woodside on Thursday.

Increased conditioning and work on technical skills has been Sierra’s focus, as building a foundation of solid skills provides athletes a foundation to move beyond their high school careers into collegiate and even professional play. Sierra added, “When you see professionals working at their master craft, attention to detail is a very common trait. In volleyball, professionals are meticulous in mindfully applying all of their focus into every second, every repetition. Instilling that habit has become a top priority. Our match at Aragon demonstrated what we can do when we are at full strength and focus.” 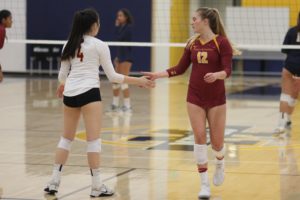 Junior defensive specialist and opposite Kathryn Jones agreed that “practice is intense, but this is necessary for such a young team. Jairo [Sierra] is great, one of the best coaches people have had, we haven’t won a lot but we work hard to figure out what goes wrong in the games to try to fix it in games that follow.”

The Bears fell to Aragon in four sets on October 12, but they showed great stamina and consistently set up powerful plays. With only a few games left in regular season, Sierra and the players are keeping their heads down and working hard, and, according to Sierra, “As for the last leg of the season, we intend to work as hard as we did in pre-season. Stay focused up until the very end. We have a very talented, young, and deep roster that will surely help fire the spirit of competition. These athletes have worked really hard and it’s a shame that our record doesn’t reflect that.” 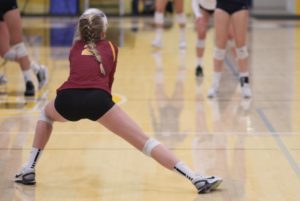 According to Jones, “with the end of the season coming, we need to win every game to make it to playoffs… with tough competition next Tuesday against Burlingame it should be exciting.”

M-A’s last two home games are Tuesday versus Burlingame High School and Thursday versus Woodside at 6:15 p.m. in Ayers Gym. After losing to these teams early in the season, the Bears have a chance to end the season with consecutive wins.