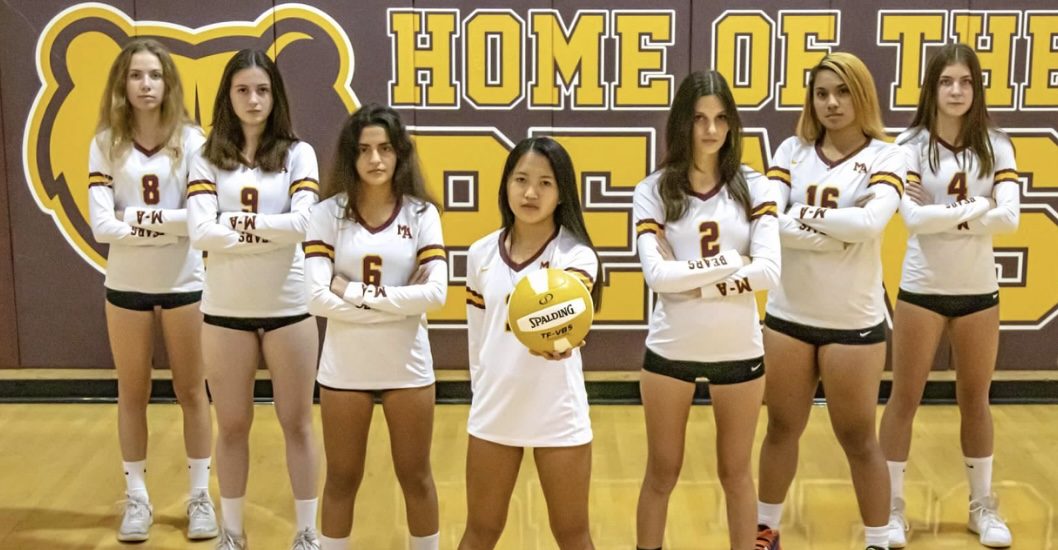 As the JV girls volleyball team filed into two lines and held a Bear flag, the senior players charged through, waving their hands at their audience of peers and relatives.

The music began to play, and the bittersweet atmosphere disseminated: the pressure was on. 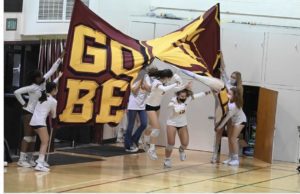 Girls volleyball team runs through flag at the beginning of the game. Photo credit: Henry Wong

The Bears started off strong as senior Maddie Weeks secured the first point for the Bears with a hit. Audiences were at the edge of their seats and cheered on the Bears till the bitter end of the set, ending with a close score of 26-24, a win for the Bears.

While the Bears lost the second set, there was an immense amount of urgency heading into the third set. Senior Kaci Wong said, “There was a lot of pressure because there’s kind of an expectation to win on senior night, and since our coach doesn’t normally play the seniors together, we were worried we wouldn’t play well together.” 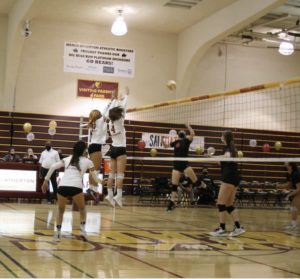 Junior Anna Ryan’s set and Wong’s dive resulted in the Bears gaining their confidence back. Wong said, “My highlight of the game was getting a pancake (a type of save).”

Despite taking another loss in the fourth set, the Bears were determined to end the night off on a win. Senior Bridget Gray said, “My favorite part of the whole game was when we finally won in the fifth set on Rebecca’s ace.”

Wong concluded that “We pulled it off by having a lot of energy and having the mindset of wanting it so badly. The energy from the parents, student section, and our bench definitely helped us win.”