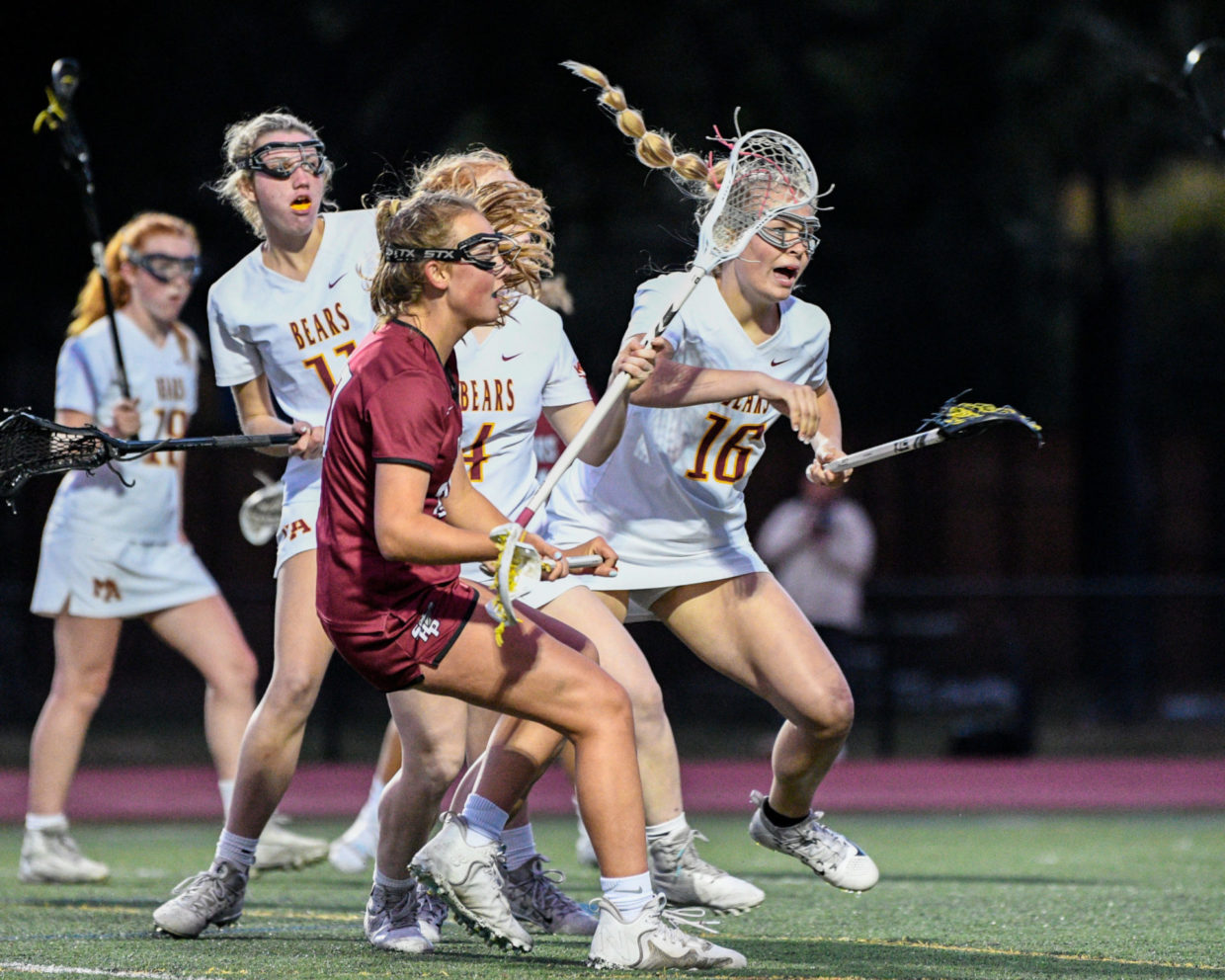 On Tuesday night, the girls lacrosse senior night, the audience was on the edge of their seats as the Bears secured a close win. The game started off on a good note as senior captain Carolyn Cobos scored to secure a two goal lead five minutes into the game.

The Bears’ momentum continued throughout the first half as Menlo struggled to defend the Bears. A breakaway from sophomore Lily Cobos and several series of collaborative passing behind and around the goal left the Knights apprehensive. The Bears defense was yet to go unnoticed as senior Charlotte Baker shut down multiple opportunities for the Knights to score down the sidelines. 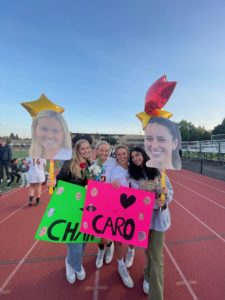 At the end of the first half the Bears were up 11-7. The game got heated when the Knights started to make up for some of the Bears earlier goals, which left the Bears only leading by one point, with nine minutes left in the game. Five minutes left in the game, the score was tied. Cobos said,”We strive to improve keeping up our energy and intensity throughout the entirety of the game. Our games can be difficult at times, but when we are giving 100% we always succeed.”

The Bears were determined to win the game as freshman Lexi Nelson and sophomore Shay Dekshenieks broke down Menlo’s defense to get M-A the upper hand. Nelson said, “The highlight of the game was the last ten to fifteen minutes because we were really able to start winning the draws and getting more possessions.” With 30 seconds left in the game junior Amelia Poirier scored a game winning goal, securing the win for the Bears with a final score of 16-12.