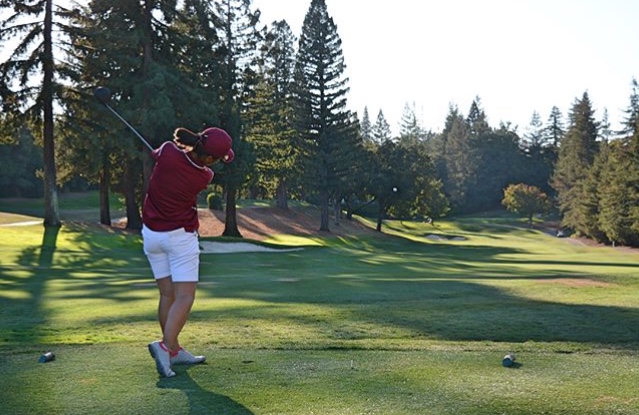 After improving their ranking from 5th to 4th place this year, varsity girls golf is still heavy with underclassmen and shows promise for future seasons. They had a 6-1-5 match score out of the 7 competing teams in the PAL (Peninsula Athletic League). Standout junior Joanne Yuh came in 4th place in the PAL tournament. “It was a fun tournament — I made friends with new players,” said Yuh. “And there’s always next year [to make it to Central Coast Section (CCS)].” 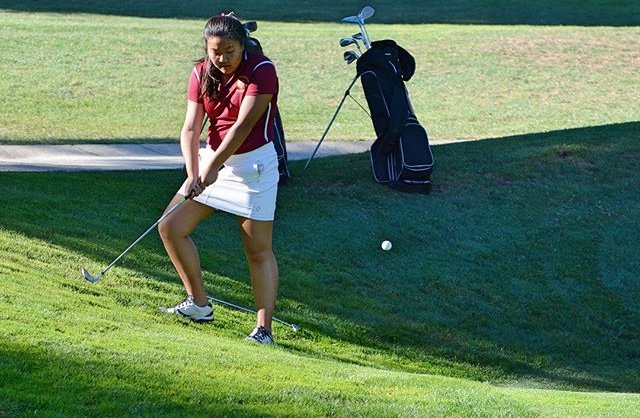 This year the girls succeeded under Jen Taylor Smith, returning head coach, and Mark Baker, second year assistant coach. “The girls had a great attitude and strong worth ethic,” said Baker. “They bonded over team lunches, during practices, and while driving to and from matches.” 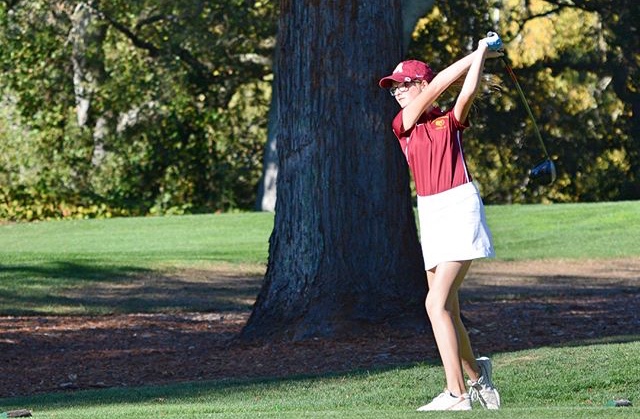 The golf match schedule is rather demanding, meaning that starting varsity players must leave during lunch several times a week.

“The team felt a little more relaxed, and we were definitely closer. Last year, most of the girls were new, but this year we all knew the ropes better,” said Yuh.