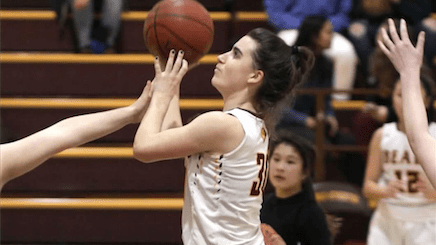 The girls basketball team put on a dominating performance from start to finish, as the Bears blew out Woodside High School in a game that was never close. M-A started off strong with help from senior Greer Hoyem, senior Carly McLanahan, and sophomore Linda Lindbom as they did not trail in a 54-19 victory. 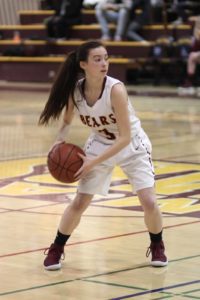 The Bears got off to an 11-2 start thanks to Hoyem dominating in the post and junior Oron Estes contributing with some outside jump shots. Woodside could not keep up with the size of the Bears as second chance opportunities were available on countless possessions due to the Bears’ ability to crash the offensive boards.

M-A took the lead of 25-9 heading into halftime as they had got a surprise boost from sophomore Linnea Lindblom as she had a breakout game. Linnea eventually ended up with 13 points as she and McLanahan’s outside shooting were a deadly combo throughout the game. 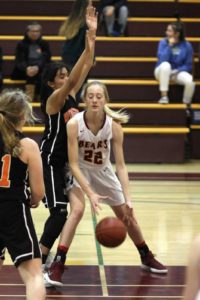 Woodside was unable to get any good looks as the Bears played a lot of zone defense for much of the night. At the end of their 35-point win, Hoyem led the team with 19 points while McLanahan added nine.

With the underclassman improving every game, and M-A’s recent fast starts, opponents in the Peninsula Athletic League have not been able to keep up with the Bears’ success. With the Bears sitting at 13-6 and 7-0 in league play, they can have the talent to continue their seven-game win streak for a while.

The Bears play next at Capuchino High School on Wednesday. Good luck and go out and support the Bears!