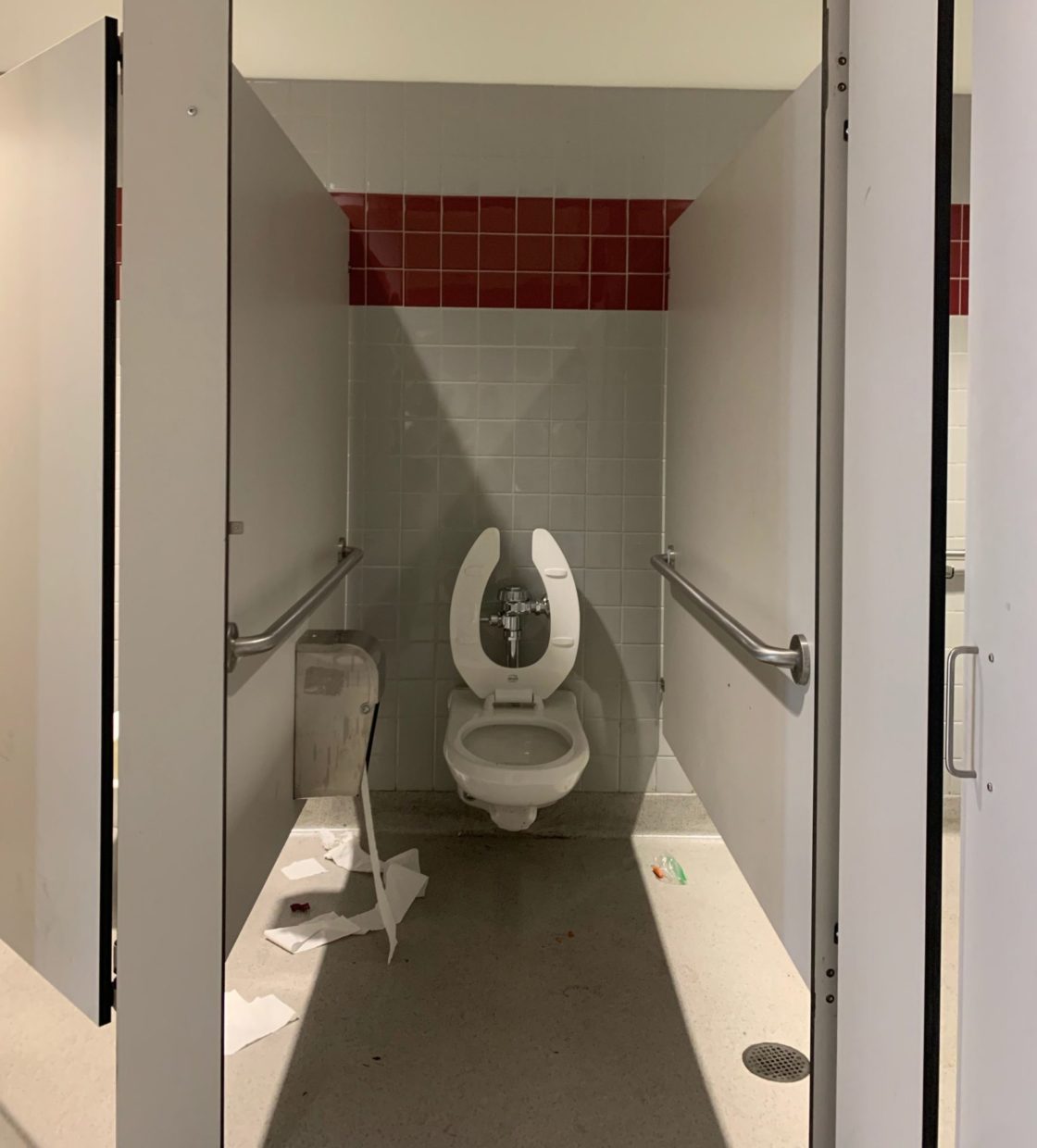 The new gender-neutral bathrooms in the G-wing are an attempt to provide a safe space for students of all gender identities at M-A. At the beginning of the year, the M-A Chronicle reported frustration among the student body over what some saw as poor implementation by Administration. As the first semester wraps up, students and administrators expressed cautious optimism as the bathrooms become normalized. At the beginning of the year, videos went viral of students peeing on boarded-up urinals. While there is less vandalism now, many students refrain from using the restrooms altogether.

“The posters were just all torn down within a day,” said GSA members about the day after the launch of their gender-neutral restroom poster campaign. 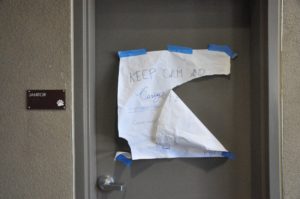 All of the posters were ripped or torn away completely.

Austin Dollente, GSA member, said some of the “original hostility that a lot of students exhibited” has “died down a little bit,” but because of the original impact, “many of us who would actually benefit from the [gender-neutral bathroom] are afraid to use it.”

“Especially at the start of the year, there were a lot of people standing outside the bathroom watching people go in and out,” said Kai Doran, a junior GSA member. “A lot of people have told me that they’re [still] afraid of being harassed or teased because someone noticed them using it.”

At the beginning of the year, Doran, said “[The Administration] has not been very involved in the educational campaign, but that’s to be expected with the back-to-school chaos. I wouldn’t say they’ve been entirely passive, but they’ve hardly been active either.” Now, Administration “has mentioned the possibility of getting district funding to add more stalls to it,” said Doran.

“We have an all-gender single stall student restroom in the locker room / gym lobby that was built when we remodeled the locker rooms last year. If we get more money for new construction, then we will build more all-gender restrooms for student use into the plans. New construction will allow us to build them by design versus having to reconfigure already existing restrooms,” Principal Simone Rick-Kennel added.

Administrative Vice Principal (AVP) Stephen Emmi is working directly with the Gender-Sexuality Alliance (GSA) on the issues surrounding the restrooms and commented that the club is promoting the use of the restrooms. “Some of the students from GSA are doing a poster campaign and they are planning on doing a segment on M-A today, too,” said Emmi.

“Administration has made it clear that they support us producing posters and videos,” added Doran. 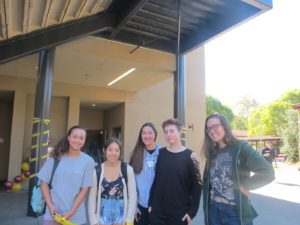 GSA members pose in front of the restroom.

Dollente added, “I hear fewer derogatory and hurtful jokes now. But that doesn’t mean the impact from those initial comments and reaction is any less severe.”

Kennel added, “It’s hard to know how the whole student body has received the all-gender restroom pilot. I do see students of all genders using them; however, I think students still view it as a male restroom and more male students use them.”

Doran agrees. “Most students seem to still regard it as a male bathroom.”

Senior Nicole Knox said, “I tend to use the girl’s bathroom out of habit. I’ve been using it for four years so it’s more instinctual. I know [the other bathroom] is the gender neutral bathroom, but it still kind of seems like a male bathroom, with more male usage.”

At the beginning of the year, Principal Simone Rick-Kennel explained on M-A Today, “You will find we have an all-gender pilot. A pilot means we’re trying something new. We’re going to see how it goes.”

In December, Kennel said, “The location for the all-gender restrooms is a pilot, not whether or not we keep them. We definitely want to have centrally located all-gender restrooms (based on student input) so will evaluate the pilot location and determine whether we make changes to location.”

GSA member Serena Peters said, “Originally, when [other GSA members] and I went to talk to Emmi, the original agreement was to do the bathrooms in the upstairs G-Wing and convert both of them. That didn’t happen, and we don’t know why.”

Peters continued, “Move it upstairs. Please move it upstairs. They put the bathrooms in the most popular bathrooms in the school. By putting it there, we’re inconveniencing people and basically shoving it in their faces without any information. Now people are associating the inconvenience of the gender neutral bathrooms with the GSA and the people who use the bathrooms. If it’s upstairs, it’s like ‘hey, that’s cool, these people have their space. This isn’t really impacting me. They’re living their lives. They’re people.’”

“We got a lot of input as to location preferences from GSA members and, also visited the Carlmont all-gender restrooms to get an idea of what we could do, and then figured out where on the M-A campus we could pilot one,” said Kennel.

Dollente concluded, “I think really, at the end of the day, M-A as a community needs to step up, but I don’t know how you do that. How do you change people’s beliefs about this stuff?”

Doran added, “I think that the bathrooms started a discussion about the rights of trans students and such, but we’re not done yet. It is definitely a show of acceptance, and means a lot to trans students because a gender-neutral bathroom is just a way to say that we’re welcome here.”

The restrooms continue to have problems and issues that make their usage limited by those that need them. One of the stall doors has been removed, leaving an open stall. Similarly, one of the locks does not work. The restrooms also lack disposal for feminine hygiene products, so students who are menstruating cannot use the restroom at all.