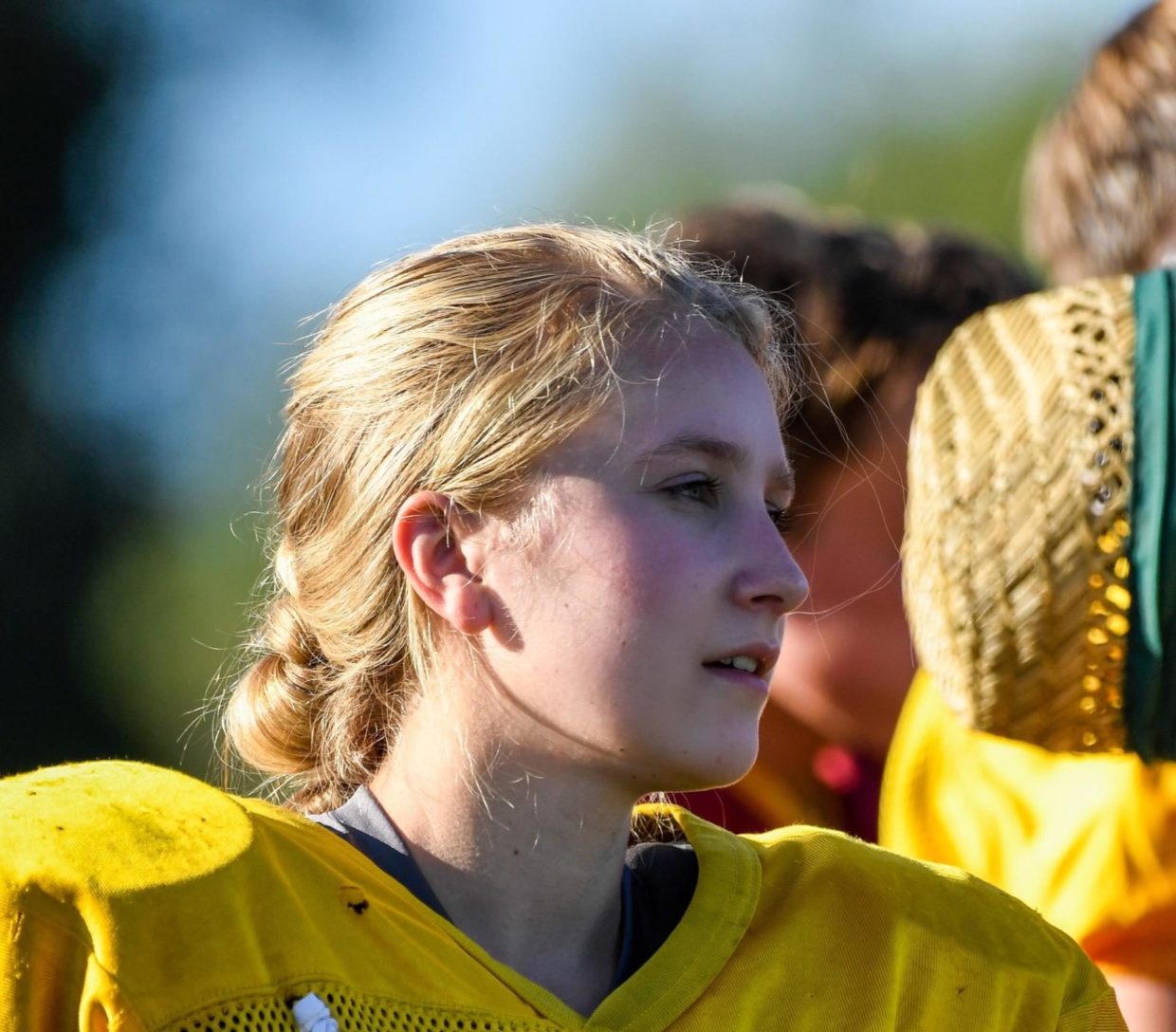 From Sideline To Field: Laila Thompson-Wainer As The Only Girl On Varsity Football

Laila Thompson-Wainer recently joined the ranks of a select few female M-A football players over the past few years, and the only one to make the varsity team during the 2019-20 school year. Previously, she played soccer and was on the M-A Dance Team, but now she is the field-kicker for the varsity team.

Thompson-Wainer decided to make the switch to football last year. She was able to pick up the sport this season because of her past sports experience and support from her fellow football teammates. Being the only female on the varsity football team, Thompson-Wainer continues to break boundaries surrounding stereotypes in male-dominated sports. 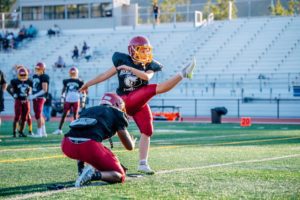 Speaking about her transition from past sports to football, she said, “in soccer, I was always the kicker, so I guess I always knew I had a special talent for it.” Thompson-Wainer played competitive soccer until the eighth grade when she decided to transition to M-A’s dance team. She stated, “I think that’s what got me into football a lot more at M-A…being there for half time, you go to all the away games, you’re more in the moment than if you’re just spectating on the sides. I think that definitely helped me get more involved with the team.”

She first got the idea to join the team last spring. She said, “It was after my math final, and I was talking to former quarterback Jack Alexander and Andrew Steere, who’s also on the team. I threw out the idea as a joke, but knew realistically that I could.” This idea grew, and finally, with support from her parents and friends, she made the decision to leave dance behind and try football for her final year of high school.

The process of joining was simple; Thompson-Wainer practiced at Palo Alto High School before asking the coach if she could join. Thompson-Wainer started practicing last February during pre-season. She explained that the first few practices she went to were extremely hard, but that “over time it has gotten a lot easier.” Now students can go to CCS and watch her in action.

Over time, Thompson-Wainer proved to be a hard worker who adapted well to her training, and was able to make friends fast, which can be seen as intimidating in such a male dominated sport. She spoke about the team’s inclusion upon her arrival, saying “Everyone on the team has been very accepting, and they really are rooting for me to do the best I can each time. Having that support system on the team has been very crucial for me wanting to stay. I’ve found a really good community.” 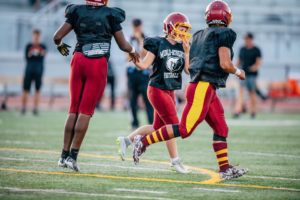 The idea of girls playing football is very uncommon in high schools. In the United States, there were 2,404 girls who played football in high school in comparison to the 1,006,013 boys in the 2017-18 season, showing how male-dominated the sport is. Fellow senior on the team, JD Carson, was “happy for her, because we were friends outside of football, and I knew we needed a kicker. Everyone I talked to on the team felt the same way.” The team made her feel like less of a minority by including her in their community. Thompson-Wainer said, “Everyone works hard but they are also fun and funny to be around. I am always cracking up with funny stories after practice. I think part of that influence is the Polynesian culture which dominates the team and has such a strong emphasis on family and also tends to use a lot of humor.”

Asked about her views and experiences being a girl in football, Thompson-Wainer said “now that I know everyone, I don’t even feel a difference between us.” At only 5’ 3”, she states, “Kicking PATS is a little different, because it’s not about how tall you are or how much you weigh”. Matt MacLeod, a sophomore quarterback on the varsity team said, “I think more girls don’t play because they feel like a minority and they are too intimidated to be the first one to join. After Thompson-Wainer joined, two other girls decided to join the JV team. Thompson-Wainer’s experience dancing on the sidelines of the football games helped her shape an impression of the team, and was a big factor as to why she decided to join the team. She is excited to face the rest of the football season and continues to break boundaries as she kicks for the team this year.