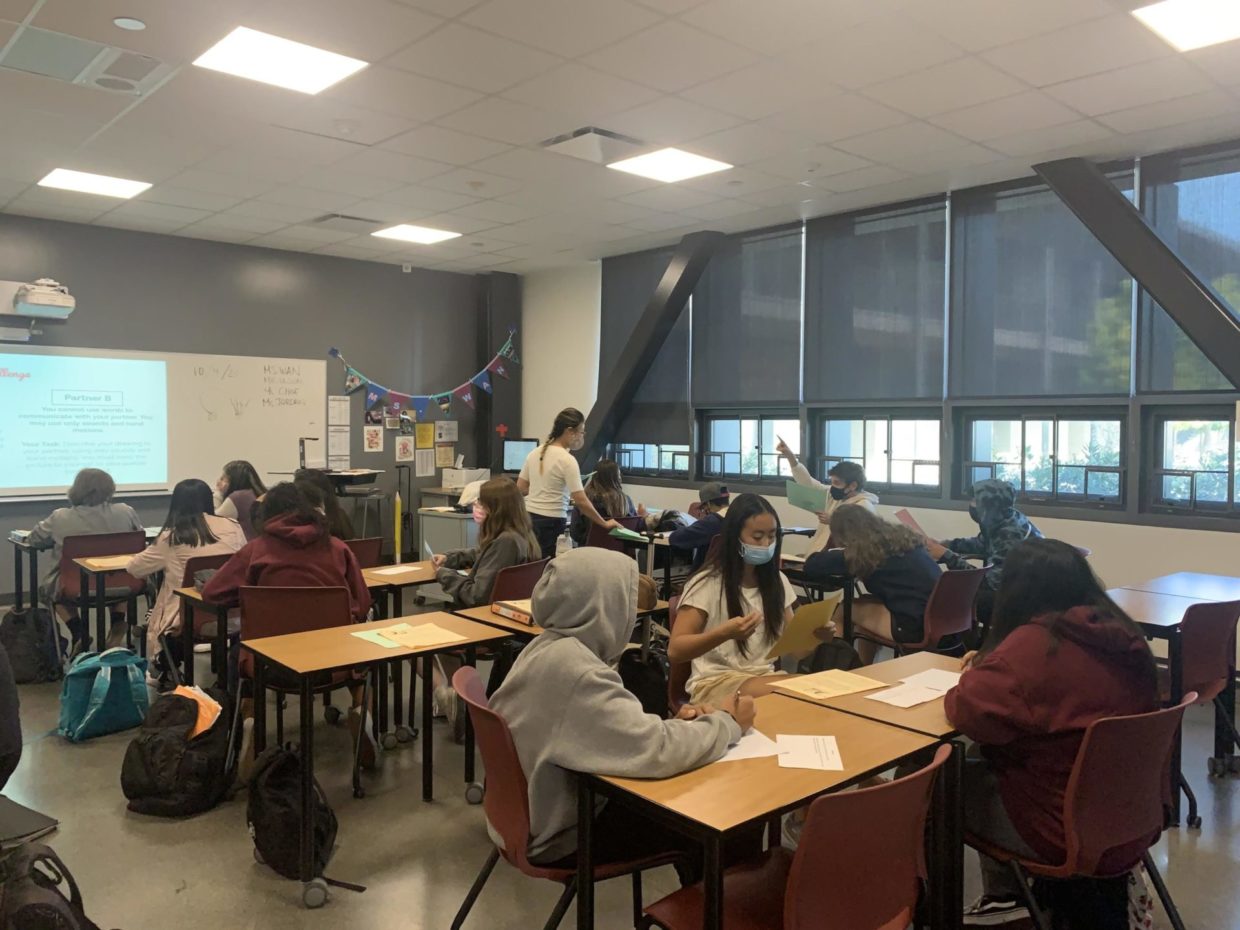 This  year’s freshman class entered high school without a full in-person middle school experience. Some students from La Entrada and Hillview Middle Schools were able to go  back to in-person learning part-time back in December. However, schools in the Ravenswood School District were not able to go to school last year until late April. The transition to high school is already intimidating, but the challenges of COVID-19 have made the adjustment even more difficult for this year’s freshmen.

Freshman Jack Molise said, “online school was boring, and I didn’t pay attention.” He said this made high school math “difficult because I don’t know anything that I am supposed to know this year,” echoing how many freshmen don’t feel prepared enough for high school classes due to the negative impact of distance learning.

Despite rising social anxiety and higher workloads, some M-A students are persevering well. Freshman Keiran Narayan said  “the teachers said that it would be a lot harder and stressful, but it’s really not.” Other students have acknowledged that high school work requires more attention. Freshman Tyler Rosenthal said that the workload compared to middle school is “not that bad, but you definitely have to focus more on it.”

Freshmen are faced with navigating a much larger campus and catching up on any learning loss from last year. With such a large number of students at M-A, finding a good group of friends can seem intimidating. Freshman Jesus Vega Contreras said, “there are a lot of people everywhere, and it’s difficult.”

Teachers have also observed a difference in the behavior of freshmen classes compared to previous years. P.E. teacher Craig Carson said, “they are a little more immature. They are starting to figure it out a little bit, but at first it was really tough.” Due to these changes, Carson explained that “I was really patient. Normally I come out and am really strict at the beginning and ease up throughout the year. However, this year, I came out and was really nice, and I think they took advantage of it a little bit, so I had to get a little stricter right away, but they’ve gotten much better.”

Despite all the challenges, this year’s freshman class have been persistent through a large transition to high school. Molise said, “M-A is awesome! I am able to form bonds with my teachers, which makes my education a lot easier.”