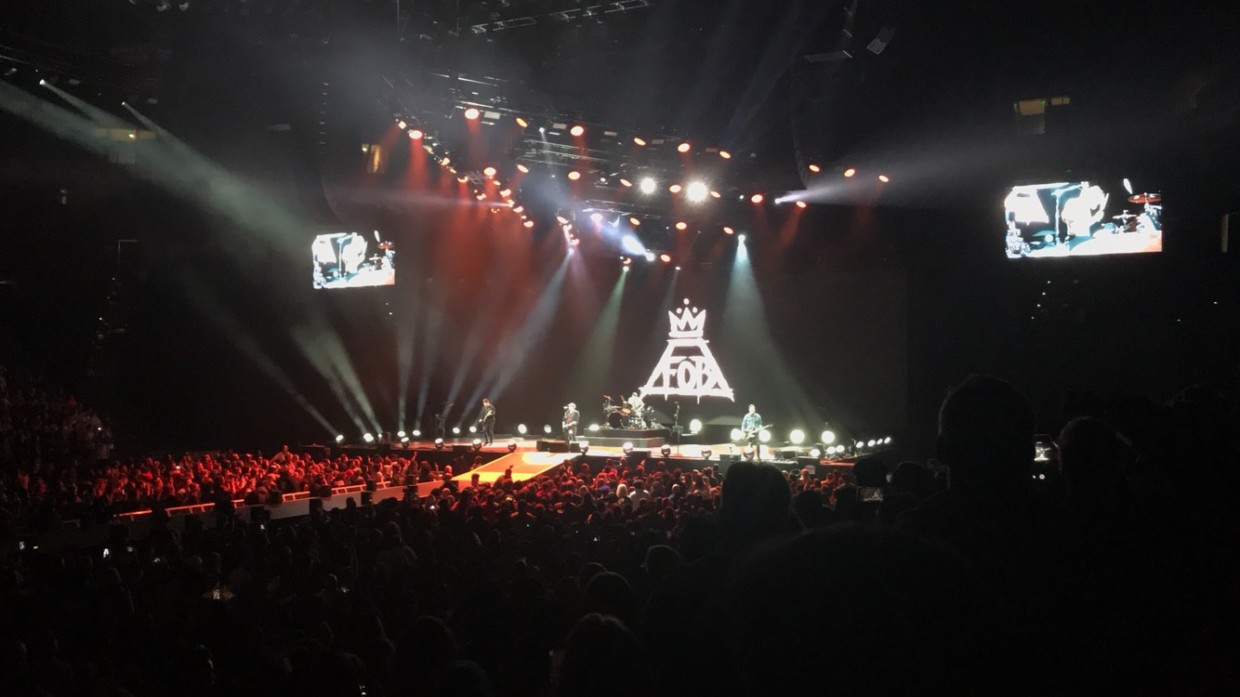 On Tuesday, November 14, fans of different ages, genders, and races all came together at the Oracle Arena to see the legendary Chicago pop-punk band Fall Out Boy perform.

Fall Out Boy emerged in the summer of 2001 with lead singer Patrick Stump, bassist Pete Wentz, guitarist Joe Trohman, and drummer Andy Hurley. After their albums “Take This To Your Grave” (2003), “From Under the Cork Tree” (2005), “Infinity on High” (2007), and “Folie à Deux” (2008), the band ultimately decided to go on hiatus to preserve the art and direction the band was headed. In 2013, the group came out of hiatus with flying colors and released their album “Save Rock and Roll” which put them in the spotlight of the mainstream media such as performing in the Victoria’s Secret Fashion Show that same year. “American Beauty/American Psycho” was released in 2015, and while the boys didn’t call it an official hiatus again, they took a small break to step out of the limelight to write more music.

Their seventh album “Mania” was to be released on September 15, 2017, but the band pushed back the release date to early 2018, leaving many fans to wonder what the setlist will look like on their tour.

The night started off with opening acts Jaden Smith and Blackbear. Smith performed songs off his new album “SYRE” which was released on November 17. Blackbear got the crowd moving a little more with songs from his album digital druglord. Both acts combined took an hour and a half, enough time to warm up the crowd for the main event. 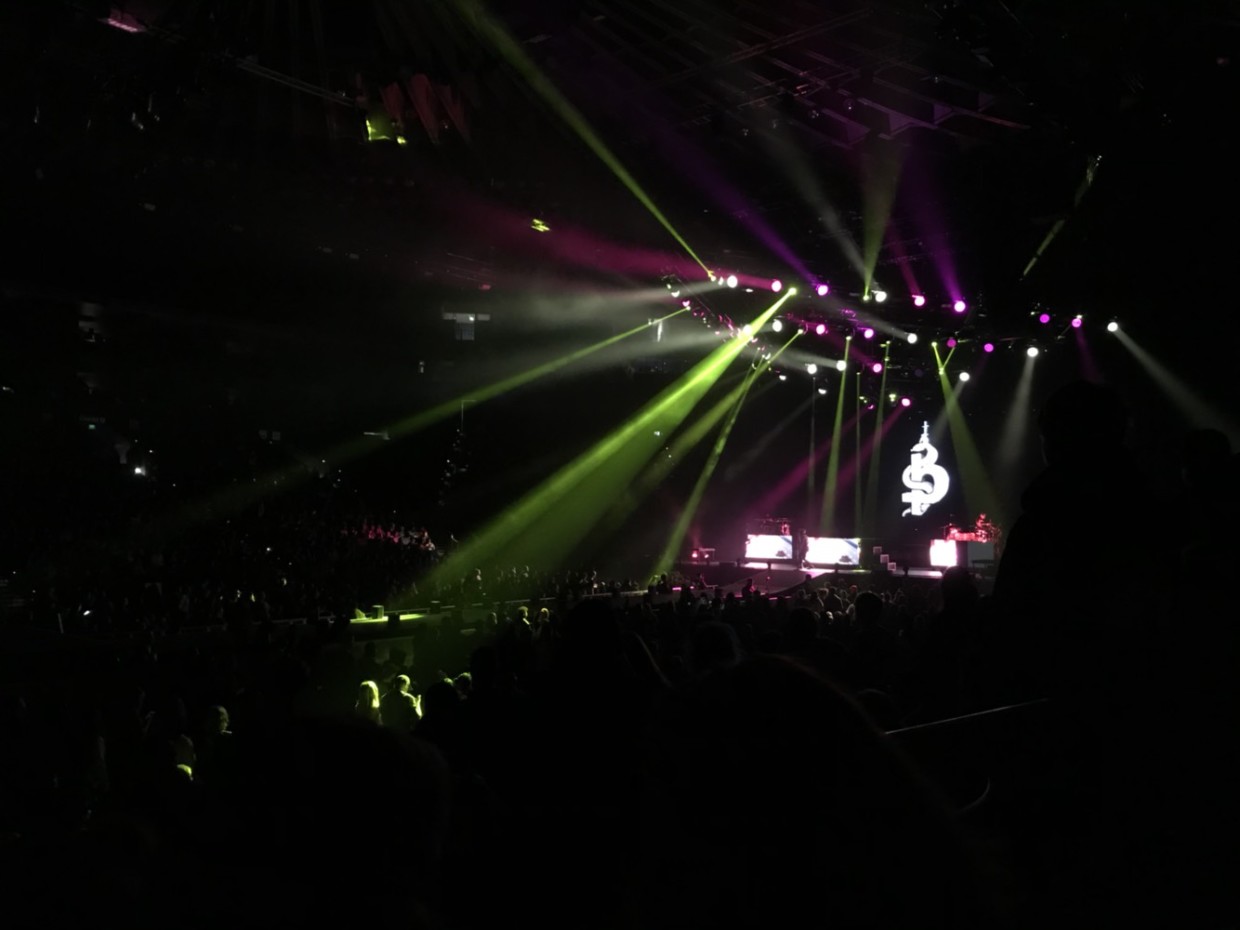 Blackbear used different lights and effects to get people in the mood of his songs. Credit: Izzy Villa.

Fall Out Boy’s set list included 20 songs from their different albums. Songs such as “Sugar We’re Goin Down,” “Hum Hallelujah,” “Thnks Fr Th Mmrs,” “I Don’t Care,” “Grand Theft Autumn/Where Is Your Boy,” and “Saturday” brought nostalgia for fans who have followed them since 2001. Newer songs such as “The Phoenix,” “The Last of the Real Ones,” “Uma Thurman,” and “Save Rock and Roll” had younger fans screaming at the top of their lungs all night.

During the song “Centuries,” the back screen had videos of Colin Kaepernick kneeling at football games during the National Anthem. While none of the band members have come out directly to give their opinions about the kneeling of NFL players, it’s safe to say after this performance that they side with Kaepernick. 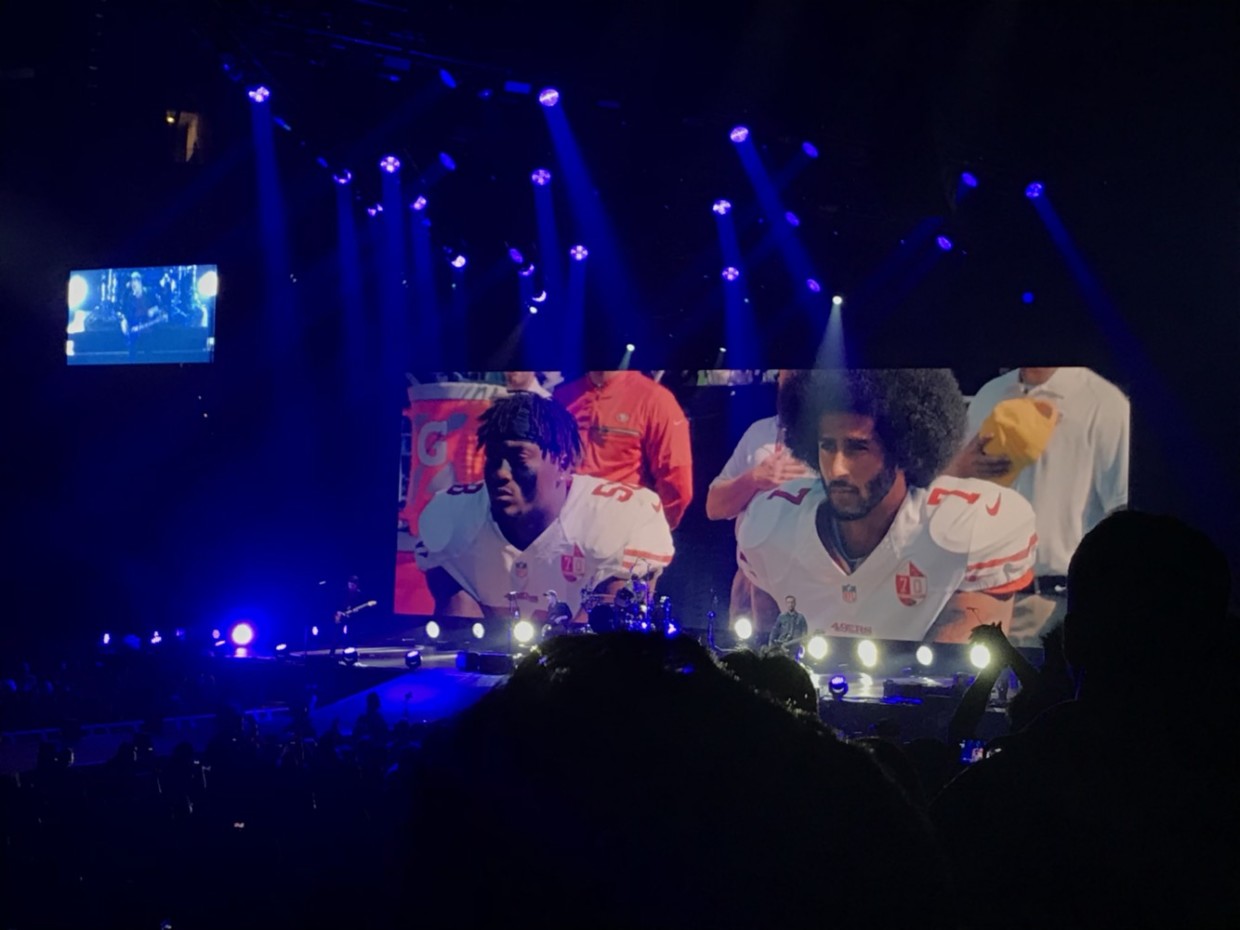 Before the end of their concerts, Fall Out Boy takes their famous picture of them with the crowd on stage. During the Mania tour, they’ve sought out fans who have started their own charity programs, and they call them the “Champions of the Mania Tour.”

Fall Out Boy has three more stops on their U.S. tour before Mania is taken to the UK, Australia, and New Zealand. As for U.S. fans, Mania drops on January 19, 2018 on iTunes, Spotify, and traditional CD for the old school fans.