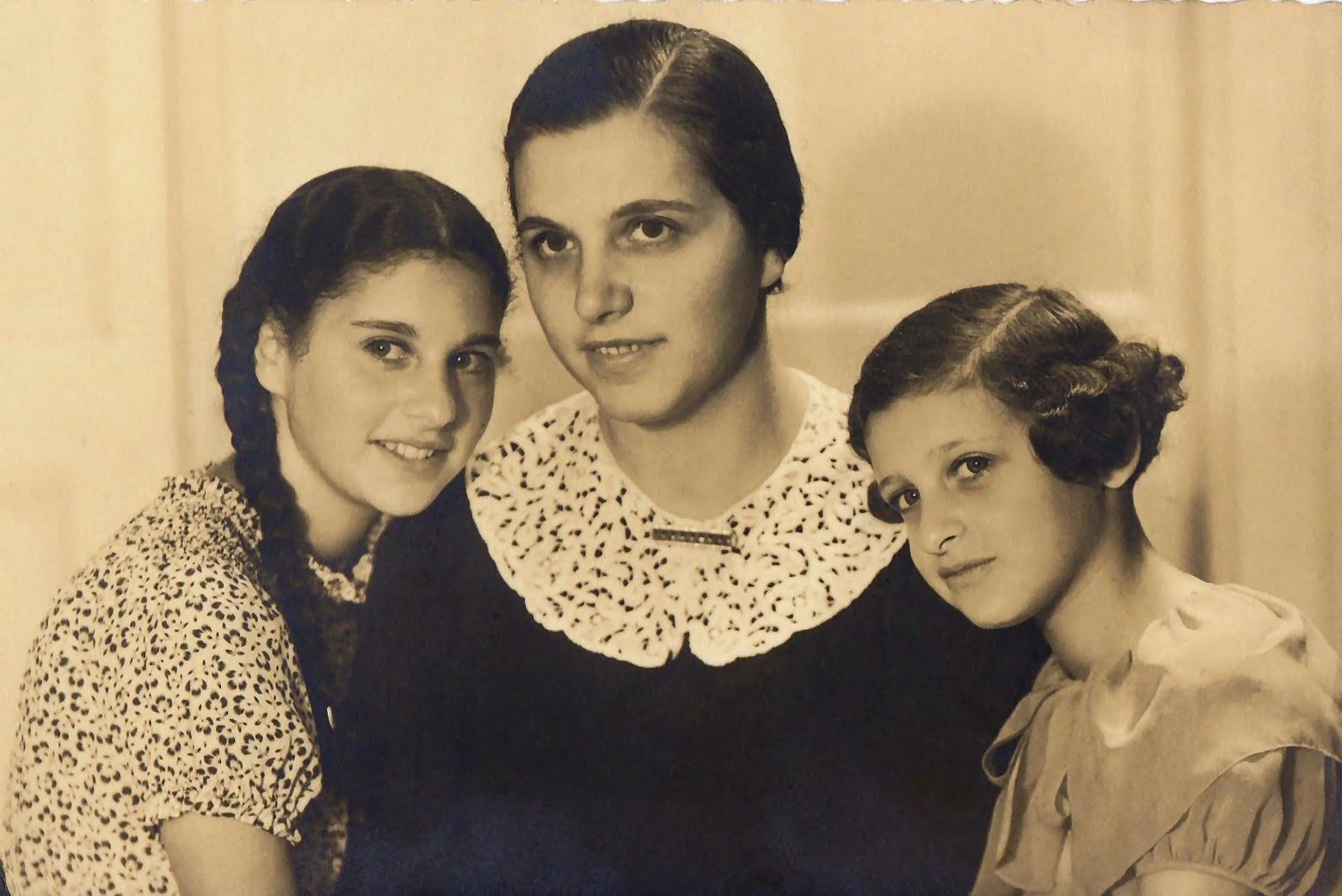 Even at 91 years old, many people would believe that Ellen Greif is still in her 70s. She still works out five times a week at the Culver City Bay Club just outside of Los Angeles and still has one of the sharpest minds in the world. She has lived an incredibly rewarding life, but her childhood was filled with terror that led her on an unlikely journey to an unfamiliar place: she escaped Hitler.

Greif was born in Konstanz, Germany, a small town near the border of Switzerland, on March 13, 1926, and was a member of the Thanhauser family. Her father, Otto, was a successful business owner, and she and her family lived a happy life in Germany as Jews, at least until Hitler became chancellor.

Greif stated that the Jewish community was not afraid of Hitler’s election: “We were not that worried at first. We were just thinking that [Hitler’s reign] couldn’t last.”

At the time, Germany’s economy and population were still recovering from Germany’s loss in the first World War, so Hitler’s election seemed reasonable as Hitler promised to improve the economy drastically.

Once Hitler’s plan of eugenics through eradication began to unfold, Jews started to worry. Greif’s parents made her go to school in Switzerland as Germans had started to treat Jewish kids poorly.

“It was very uncomfortable for Jewish kids as every morning you had to say ‘Heil Hitler.’ Every morning you also had to sing the Hitler song. It was already getting bad for kids in school. My sister had this best friend and from one day to the next, her friend didn’t talk to her at all. It was just absolutely devastating.” 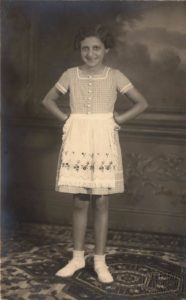 Greif poses for a photo as a young child in Konstanz. Credit: Ellen Greif.

As a result of this hostility, Greif rode her bike over the Swiss border for about 30 minutes every day in order to attend school. Greif remembers that the school was extremely different than the one she had attended in Konstanz.

“There was first, second and third [grade] in one room and fourth, fifth and sixth in another room. It was out in the country. It was very small. It was right next to compost piles and chicken.”

As time went on, the situation with the Jews in Germany worsened. By 1938, Greif’s mother, Mathilde, knew that they needed to leave. The Gestapo, the Nazi secret police, stood outside of all of the Jewish stores discouraging people from buying the items they sold. Consequently, her father’s business started to suffer. By October, when Greif was just 12 years old, her family prepared to leave.

“We left in October of 1938. I would say about 1932 we started getting worried. My father used to say ‘I was here before Hitler, I will be here after Hitler.’ It was not till about 1935 that the Nazis boycotted all Jewish stores. They would march in front of the Jewish stores so the general population was afraid to go in. The business started suffering.”

Hitler’s propaganda was seen constantly around Germany, and Greif stated that she remembers Hitler’s ranting on the radio. Even through this time, the Thanhausers still attended temple, but the Gestapo basically forced them to leave.

“They watched my parents pack the furniture. They allowed us to take some furniture up to a point.”

My grandma also added that they were to lucky get certain items out of the country due to her father being able to bribe the Gestapo to turn their back on the store once he gave them some money.

During this time, the Germans were unaware of the atrocities committed against Jews. Like many Jews at the time, Greif had many family members die in the concentration camps as they were not able to escape. Her uncle was one of those who perished.

Germany even claimed that her uncle died of a disease. “They claimed he had appendicitis, but I’m sure he was killed.” 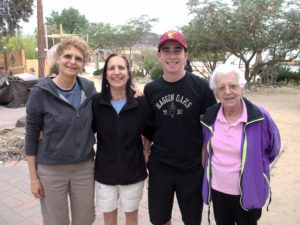 Greif poses with her two daughters Miriam and Esther as well as with me in Palm Springs. Credit: Ellen Greif.

In order to immigrate to the U.S., the Thanhausers had to find a sponsor in the U.S. who would help them out in case they couldn’t find work. Through some family members that had already moved to the U.S., they were able to get this sponsor, which in turn probably saved their lives.

Greif’s family got on a train and traveled to the Netherlands. From there, they got onto a boat that carried them to safety. Because Greif was so young in 1938, she was excited about the journey.

“It sounded like kind of a fun thing and a nice boat ride. My mother kept insisting we had to go. On the boat, there was a terrible, terrible storm. I was one of the few people eating in the dining hall because all of the other people were sick.”

Greif and her family left Germany just in time, as just a few weeks later, Kristallnacht, the night of the broken glass, killed over 100 Jews. On this night, Greif’s temple was burned to the ground.

Fortunately, they were now safe. After stopping in New York, the Thanhausers realized that Los Angeles was the right place for them. They traveled through the Panama Canal and they finally arrived in Los Angeles.

Because the German government had taken most of their money, the Thanhousers did not have much to start a life in the U.S.; Greif’s father was never the same, as he disliked America from the start and wished for his store back in Germany.

My grandma’s sister, Inge Thanhauser, was put to work at just 16. I. Greif married a man named Julius Bernheim, who was renting a room from the Thanhausers, in order to give herself more freedom in her life. However, she was never happy with this marriage and took her own life at just 33 in 1955. 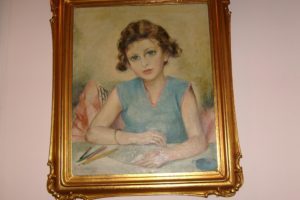 Greif soon married a man named Henry Greif, who was another Jew who escaped from the Holocaust when he was just 14, and whose last name she took as her own. However, in the U.S., Henry Greif experienced adversity of his own.

His father was fired from his job at the Shell Oil Company because he was Jewish; as a result, he was not able to support his family. Henry Greif also landed in New York, but he convinced his parents to move to Los Angeles. He lost several families members in the concentration camps as well.

Greif stated that anybody who was lucky enough to escape still lost a loved one. “Everybody lost friends and family.”

Henry Greif died at just 54 years old due to cancer on March 26, 1978. Both Greif and her husband both had some difficulties once they got to the states.

Greif had an extremely difficult time integrating into the American culture. She remembers that she wouldn’t even talk in school for a few years until she was fully certain that she was using the correct English words.

She has taken several trips back to Germany over the years. On her first trip back she still had some worries about the people.

She had grown to love her home country and is especially fond of the chocolate in Germany. 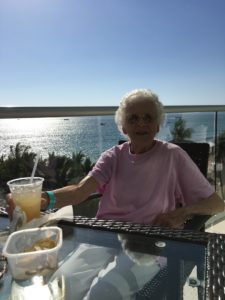 Greif still enjoys traveling as she is seen taking a vacation to Mexico. Credit: Ellen Greif.

Despite all of the hardships Greif has had to endure, she has lived an extremely successful and happy life in America. However, she has expressed some concern for the world’s future as the recent election of Trump scares her.

“It definitely scares me. He is irrational. We do not know what he is going to be doing. He is against the environment. He is also against immigration.”

Greif knows that these mass killings are still going on today. The killings are especially prevalent in Syria and Sudan, but she truly hopes they can come to a stop.