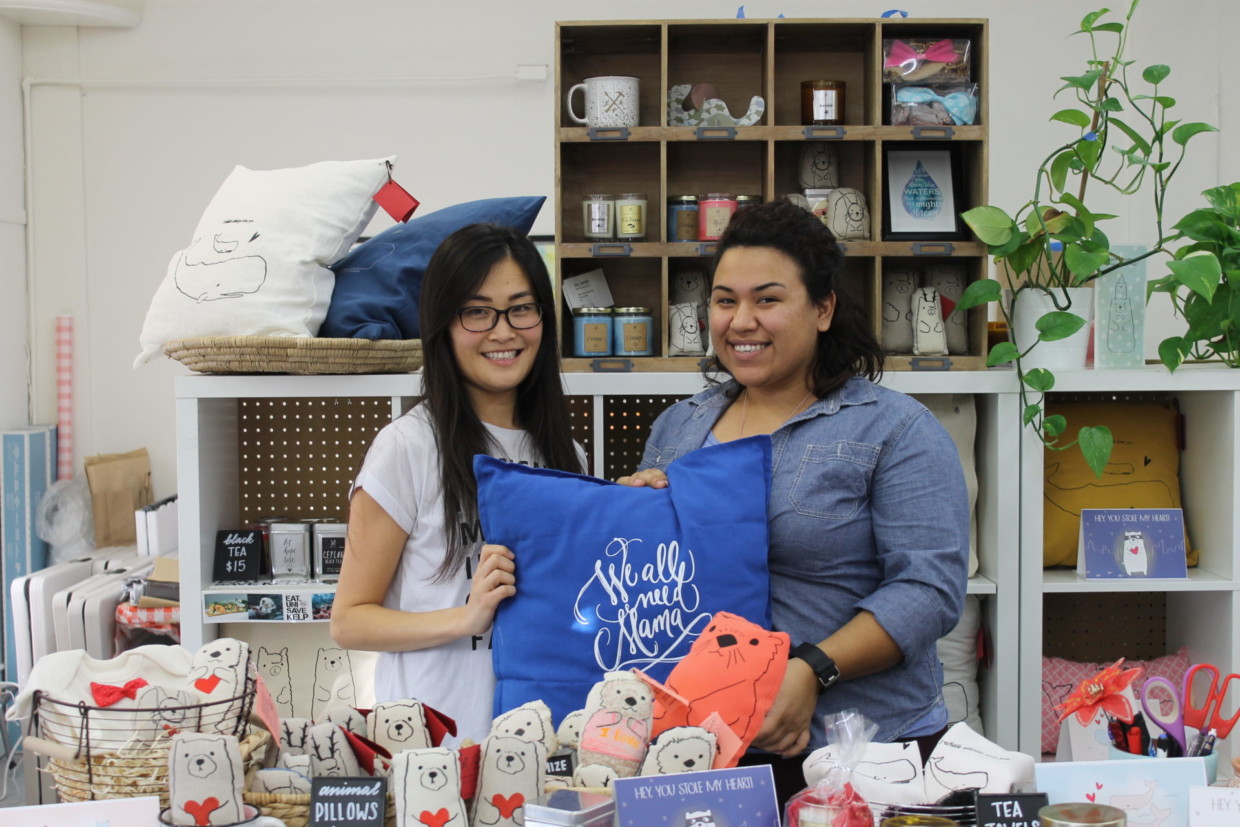 EPAMade, a start-up social enterprise, is singlehandedly changing the lives of numerous single mothers. The micro-business — which includes the EPA shop, a new boutique thrift store — employs single mothers living below the poverty line. At EPAMade, moms are given the opportunity to set their talents and skills to good use through the design and production of handmade clothes, candles, and greeting cards. The job experience gained through the nonprofit opens new opportunities and provides an encouraging and supportive community.

EPAMade was co-founded by Ayaka Lu and her husband Allen. While volunteering at New Creation Home, a group home in East Palo Alto, Lu befriended many single mothers living below the poverty line. Through talking with the moms she soon learned “that some of [the mothers] go through [relief] programs and sometimes still can’t get a job once they graduate and just end up on the street again.”

Lu mentions that, while there are some rehab and relief opportunities available for people living below the poverty line, there “is very little empowerment,” especially for single mothers.

While still volunteering at New Creation Home, Lu brought together a group of mothers and together they began making and selling candles. The experience was an immediate hit. Making their own candles gave many of the women there a sense of empowerment. Soon they began sewing bags and onesies as well.

“That is where it all started, these women have so much courage, so much talent. And maybe they just never had the chance to show it.” – Lu

After a year of practice, it became clear that they could expand their enterprise beyond selling their homemade products on the weekends. So Lu and her husband decided to found a social enterprise which they dubbed EPAMade. Lu explained their thought process: “There were a ton of nonprofit organizations [in East Palo Alto], but no social enterprise. So why don’t we become the first!” 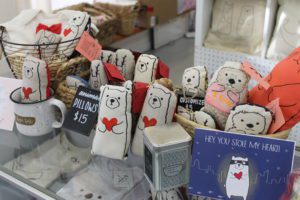 The Sea Otter logo symbolizes the courageous love of mothers

For many of the women, EPAMade is a stepping stone in their lives. “We always talk about how there is so much for youth and so much for homeless people, but so little for single mothers,” Lu pointed out. “There should be more opportunities.”

Many relief centers offer insufficient job training, so even after women have been through the program, they still cannot find employment.

EPAMade hopes to remedy that issue. Linda Rascon, the assistant manager at the EPA Shop, said that the long-term goal for EPAMade is for single mothers to be able to “get employment within the Silicon Valley with [EPAMade’s] reference.”

EPAMade works with the women to overcome obstacles such as taking care of their children and maintaining a job or feelings of hopelessness. “For the women who were hired here the impacts are going to be multigenerational. Because it’s not only helping the mom, it’s helping the kids as well,” Rascon detailed. 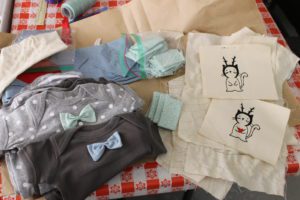 Onesies and greeting cards crafted by the women at EPA Made.

The decision to open a thrift store came later after EPAMade had already been running for a year, and some of the mothers mentioned that there were no low-priced clothing stores in the area. Many of the women don’t own a car, and having to take their children with them onto the train to buy a shirt from the mall is too expensive. “So,” Lu said, “We thought, ‘why don’t we start a thrift store?’” 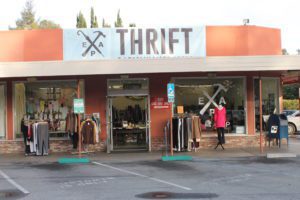 EPA Shop, the new thrift store located on 900A Willow Road, Menlo Park, not only sells clothing for low prices, but also the handmade onesies and candles crafted by the women employed at EPAMade. Additionally, the moms have begun creating their own screen printed t-shirts with their adorable sea otter logo. The logo is a tribute to the bravery of single mothers. Sea otters, often called the ultimate single moms, raise their pups on their own, often carrying them on their stomachs so they won’t float away. “And they’re cute and cuddly,” added Rascon.

All of EPAMade’s products are made using organic, ethically harvested fabric. Rascon mentioned that making sure their fabric suppliers are paid fair wages by their employers is very important to the staff because they “want to show other businesses that if [they], as a small profit in the bay area, can do it then other, larger companies can as well.” 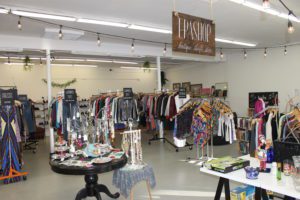 Inside the thrift store.

EPA Shop is not just a thrift store. The staff also showcases art from local East Palo Alto artists and soon hope to host other community events as well. Lu says that in the future “it would be great to become a brand or movement to empower single mothers. They are so strong, they know how to buckle down and work.”