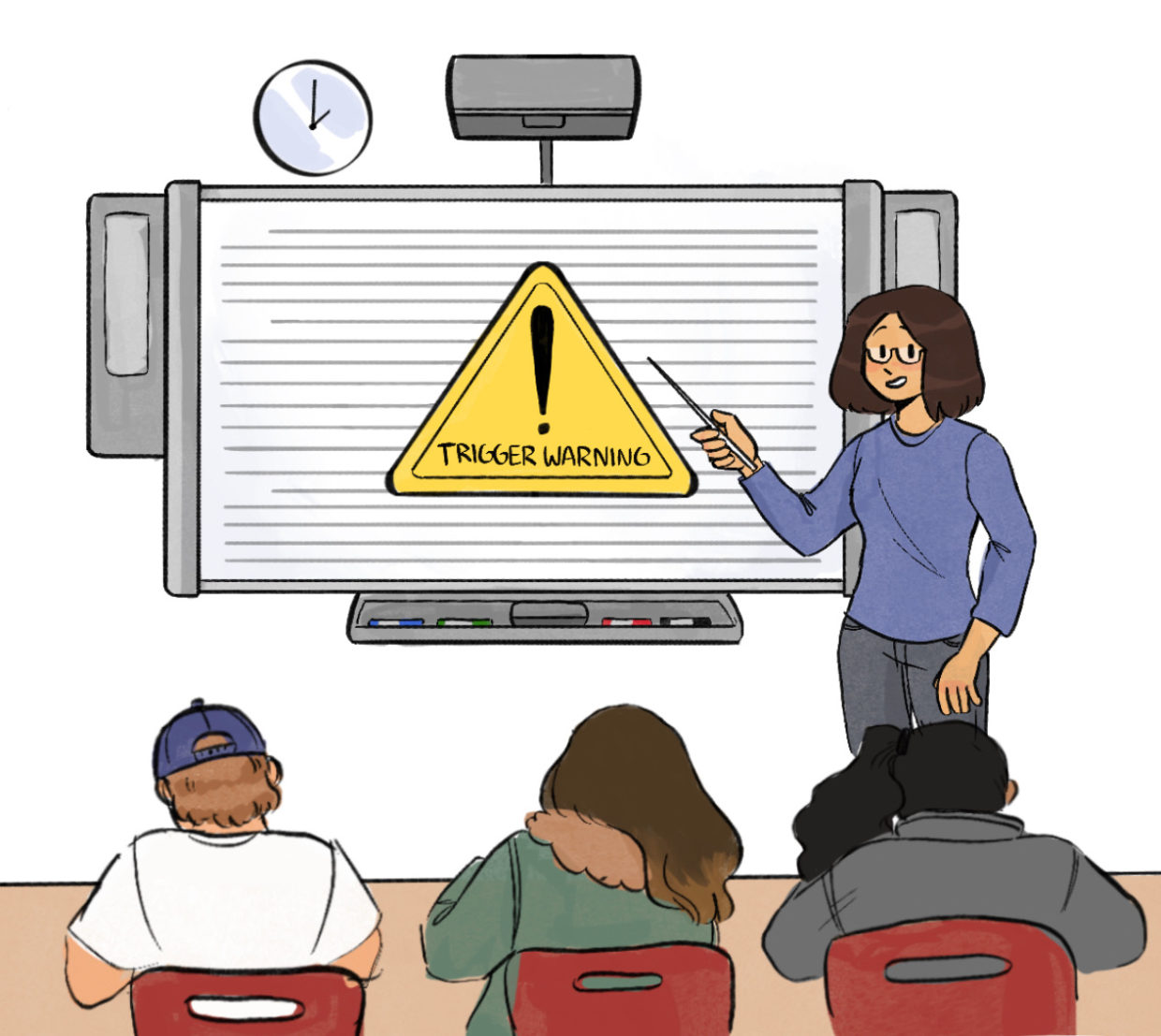 Do Trigger Warnings Make Us Fragile?

*This article is included in the April edition of the Mark

Trigger warning: a statement at the start of a piece of writing, video, etc., alerting the reader or viewer to the fact that it contains potentially distressing material (often used to introduce a description of such content).

Should a teacher give a formal warning or let students leave their class if they do not want to read about suicide? How about a sexual assault?

We often hear calls for mental health precautions like trigger warnings, but it is rare that we implement them in a systematic way, and even rarer that we question whether or not we even should.

While proponents of trigger warnings are working towards expanding their use in classrooms, social psychologist Jonathan Haidt argues in his new book, The Coddling of the American Mind, that trigger warnings create a culture of fragility and overprotectiveness. According to Haidt, the post Millennial generation, or ‘Gen Z,’ has “a different set of reactions to external adversity than previous generations.” He argues that we do not acknowledge the ‘antifragility’ of most people, the idea that we need to be challenged in order to get stronger.

Mental health statistics for children born after 1995 are devastating, with anxiety and depression skyrocketing. According to a study by Ramin Mojtabai, a professor at Johns Hopkins Bloomberg School of Public Health, the odds of adolescents suffering from clinical depression grew by 37% between 2005 and 2014.  The rate of suicide for teenage American boys is up 25% since 2011, and up 75% for girls.

Haidt attributes this phenomenon to social media and a culture of vast overprotection, such as the reduction in ‘free-range’ parenting, the removal of dangerous play structures from campuses, and, after the Columbine shooting, schools’ ‘zero-tolerance’ policies targeting issues such as weapons, guns, and drugs. This poses a complicated dilemma — as mental health issues continue to rise, educators want to do more to accommodate students’ poor mental health, but they may, in fact, be exacerbating the issues. In the words of Haidt and Greg Lukianoff, “In a variety of ways, children born after 1980 – the Millennials – got a consistent message from adults: life is dangerous, but adults will do everything in their power to protect you from harm, not just from strangers but from one another as well.”

Haidt concludes that trigger warnings are unhelpful and actually harmful in the long-term, reinforcing this culture of fragility. He believes that this “vindictive protectiveness” does not prepare students for future life, as they cannot be shielded from emotionally challenging or traumatic material forever.

Yet trigger warning policies are being implemented at institutions across the country. Alyssa Leader, a student at Harvard University, was sexually assaulted in her dorm and ended up taking a political violence class with professor Kimberly Theidon. Theidon “consistently warned the class before discussing sexual violence and other emotional material, and she encouraged students to request help should any distress interfere with coursework,” which Leader found valuable.

Sofie Karasek, the director of education and the co-founder of the organization “End Rape on Campus” states, “Our national dialogue about trigger warning has all but ignored experiences like Leader’s.” She continues, “When professors give these warnings, provide alternative readings, and facilitate respectful conversations about deeply personal issues, it is easier for all students to participate. Accusing students of being coddled or institutions of killing academic freedom is an extreme overreaction against those who wish to be valued and respected in class.” She concluded, “It’s not that difficult issues should not be taught —  it is that they should be taught with nuance.”

As an English teacher whose class covers literature from King Lear to Invisible Man, Lisa Otsuka has had similar interactions with students. She said, “A student’s therapist basically emailed me and said the student could not read anything existential or tragic, which is a lot of what we do in literature. I honored it; I had to give that student a separate curriculum, but it was unfortunate because it made it a little difficult. I mean, even Invisible Man is existential. So this person did kind of have a separate experience in my class.”

Most of the time in Otsuka’s class, “students are triggered by other things going on in their lives, not by the actual curriculum.” Michelle Cristerna, M-A’s mental health coordinator in student support services, said that she remembers “a student from many years ago that had some issues in a class,” and that “there was a lot of material in the reading that was quite triggering to that student.”

Otsuka, although never implementing a trigger warning policy herself, hinted that policies might be reevaluated next year. She explained, “I know [next year] for summer reading, they’re adding The Hate U Give. We’ve talked about this a little bit with Handmaid’s Tale this year, so it would definitely be interesting to know how teachers are planning to talk about that.”

On the other hand, some institutions are adopting anti-trigger warning policies. In 2016, the incoming class at the University of Chicago received a letter from the dean that stated, “Our commitment to academic freedom means that we do not support so-called ‘trigger warnings,’ we do not cancel invited speakers because their topics might prove controversial, and we do not condone the creation of intellectual ‘safe spaces’ where individuals can retreat from ideas and perspectives at odds with their own.” Geoffrey Stone, chair of the dean’s committee, law professor and past provost at the University of Chicago explained, “The university is preparing students for the real world and would not be serving them by shielding them from unpleasantness.” He continued, “The right thing to do is empower the students, help them understand how to fight, combat, and respond, not to insulate them from things they will have to face later.”

A survey of more than 800 college educators by the National Coalition Against Censorship showed that 62% said they think trigger warnings have or will have a negative effect on academic freedom, with 17% reporting a favorable view of trigger warnings (that they have or could have a positive effect on education and classroom dynamics).

Some universities are taking the opposite stance, though. Northwestern University president Morton Schapiro believes that safe spaces are necessary on campus, remarking that “students don’t fully embrace uncomfortable learning unless they are themselves comfortable. The irony, it seems, is that the best hope we have of creating an inclusive community is to first create spaces where members of each group feel safe.”

For the most part, formal policies on trigger warnings are rare. In a survey of more than 800 college educators by the National Coalition Against Censorship, less than 1% of respondents said their institution had one. Karl Losekoot, instructional Vice Principal at M-A, stated that we “do not have a formal policy requiring or prohibiting the use of trigger warnings.”

The psychological research on the effectiveness of trigger warnings, while extensive, does not lead to a solid conclusion. PsychologyToday advocates for the use of ‘prolonged exposure therapy,’ which “encourages repeated exposure to triggers so that patients can get used to them and no longer find them upsetting,” explaining that “avoiding trauma, while beneficial in the short term, can worsen symptoms in the long term.”

Cristerna believes that trigger warnings depend on the situation. She explained, “If you’re going to take an elective class that’s going to talk about sexual assault, rape, things that might be triggering to somebody, maybe that should appear in the course selection.” She continued, “Do I think that you need to have a trigger warning every time the teacher hands out a book or something? I don’t know, and I think that’s where the controversy comes in. I’m not an expert in trigger warnings, but I would say that I don’t think it’s an exact science. I think it’s important that there are discussions about it.”

An article published by the American Psychological Association in 2017 explains that even for students with post-traumatic stress disorder, “offering general warnings about sensitive topics may be ineffective due to the unpredictable nature of  triggers.” Often, people with PTSD experience distress without knowing what triggered it, and furthermore, “triggers often relate to experiences occurring immediately prior to the trauma, not the trauma itself.” For example, an assault victim may be triggered by reminders of the setting of the attack rather than the attack itself, and that means trigger warnings about assault will be “of no benefit.”

As some universities are implementing trigger warnings in the classroom to keep students feeling safe, others are getting rid of them entirely in order to promote so-called academic freedom. With mental health issues and political polarization continuing to increase, the tension between the protection of students and the academic freedom of institutions is likely to rise. 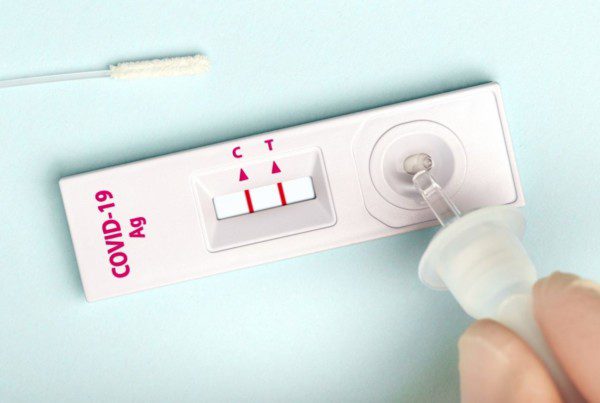