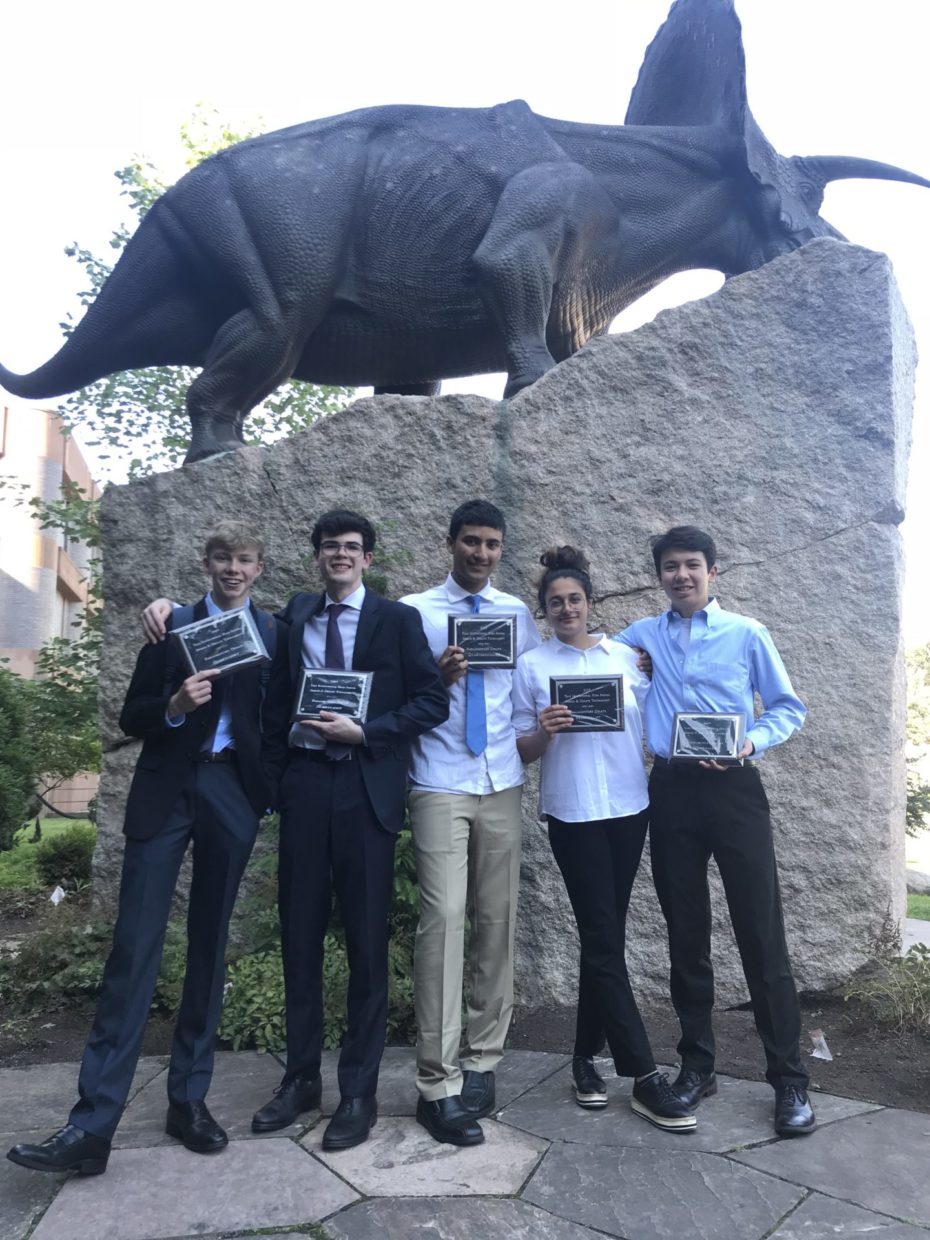 Debate Team Starts Season Strong With Wins on Both Coasts

The debate team kicked off their season with record-breaking performances across the nation this past weekend. At Notre Dame High School in San Jose, freshmen Katie Doran and Sheryl Chen made history as the youngest team to ever win the Notre Dame Invitational. Meanwhile, on the same day, multiple students reached the semifinals at the annual Yale Invitational in New Haven, Connecticut. 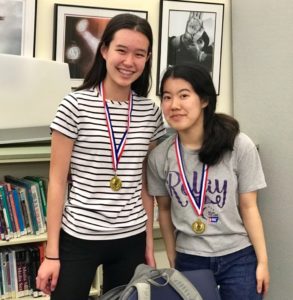 Other than champions Doran and Chen, juniors Ally Mediratta and Katherine McDonnell were quarter-finalists in a field of over 50 teams. In the Novice division, M-A swept the field, winning first, second, and third place (juniors Ella Henry and Catherine Chai, Blake Matthews and Annika Abdella, and Jacob Chen and Ainsley Gentile, respectively). “Debate is really fun. I look forward to doing it more this season,” said Gentile. Champions Chen and Doran cruised to victory winning rounds with arguments ranging from criticisms of race relations in America to in-depth political debates about global-warming and sports industry. “It is kind of surreal winning this tournament,” said Doran, who was also the top speaker. “I loved the experience, and being with all my teammates made it so much better.” Chen, who was the 3rd best speaker, added on saying, “We all did great this tournament, I think this is going to be a great season.” 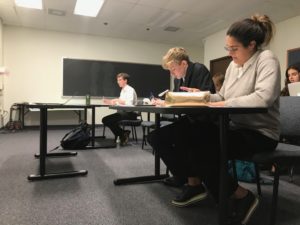 Koenig and Khodabakchian prep during their semifinal round at Yale.

Meanwhile, at Yale, M-A had three teams advancing to elimination rounds, making up 20% of the field. Juniors Peter Koenig and Maya Khodabakchian were undefeated and the top seed coming into elimination rounds. In Quarterfinals, they were paired against Chronicle Staff writer Sathvik Nori, along with his partner from Nueva, before they “walked-over” them to semifinals where they lost a close round on a 3-0 decision. Meanwhile, Juniors Andrew Fahey and Alex Waitz were the third seed, also undefeated, and made it to the semifinal round. “It was really fun to come to Yale this year,” said Koenig, who was also the third-best speaker, “although the styles of debate are kind of different, I think we all did really well.”

Coming off an impressive season, where M-A was ranked first nationally by the National Parliamentary Debate League and had three of the top ten teams in the country, junior Ally Mediratta said, “This weekend was a great start to the season. The [debate team] is like a family to me, and I’m so proud of our recent growth and success. This year is going to be amazing!”