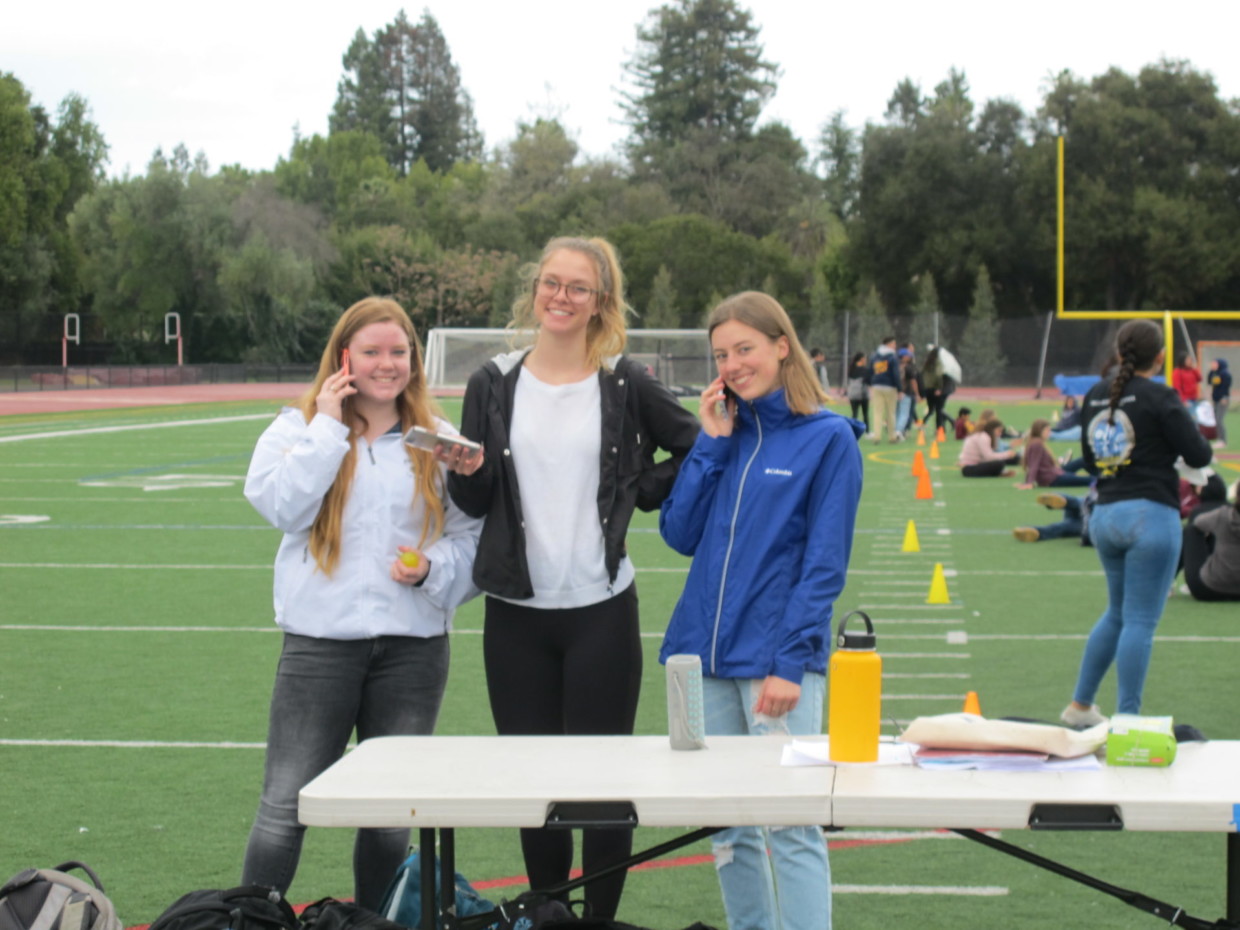 Today at lunch, on the second day of M-A’s Unity Week, over 100 students gathered on Coach Parks Field to spell out “No Guns” and capture the moment on camera. Participants arrived at the field to be assigned letters of the message and lay on the turf to spell them out.

Newman said about the event: “The goal of today was to bring students together and get them talking about the walkout and Unity Week… we wanted to make a strong visual statement and also encourage discussion and action.” 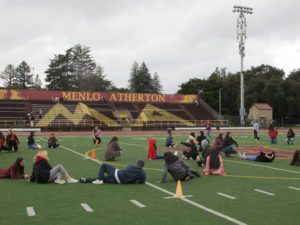 Students lie on the field forming the letters to spell out “No Guns.”

In regards to the message “No Guns”, Newman stated that “we chose the statement ‘No Guns’ precisely because it is contentious. The other activities we have planned this week are more general and appeal to a broader political base, but we don’t want anyone to have the impression that we aren’t serious… the broader issue at hand is gun violence and it will not go away if we don’t have those difficult discussions and directly address it.”

Tomorrow is the main event of Unity Week when M-A students have the opportunity to walk out and rally at El Camino Park with other neighboring schools like Menlo and Sacred Heart Preparatory. Come back tomorrow for video coverage of the event!