The Senior Fashion Show on Saturday, April 28, celebrated and bonded the class of 2018 as they finish their final high school year. The show featured a senior song in the beginning, four choreographed dances, and 16 modeling segments. The modeling varied from fathers and daughters modeling together, to a mix of seniors sporting The North Face apparel. All seniors were invited and encouraged to join.

Nancy Kessler, one of the chairs for the fashion show this year, said, “[The fashion show] is one of the best things about M-A. It shows the community spirit, the diversity, and the kids bond.” 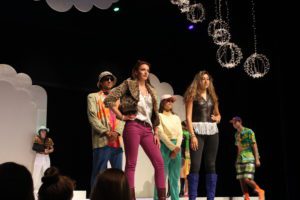 The clothing that the models wear are donated or borrowed from stores such as Brick Monkey 2, Macy’s, Savers, and Men’s Warehouse. Students choose their top three segments as early as February, and they decide whether they want to model with a parent, or if they prefer a specific attire. This year, students were encouraged to dance and model as opposed to years past where they could choose one or the other. In addition, this year held its first vogue off, which included Sandy Han and Emma Dewey dancing and voguing in the last segment, BearWear. 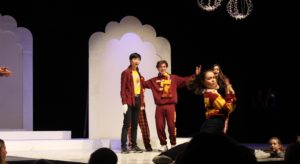 Senior Tara Wiley participated in segment two with her mother. She said her most memorable part of the show was “learning the dance because I love dancing and also getting to wear super expensive clothing.” 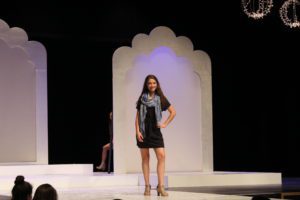 The senior fashion show has been a hailing tradition for 33 years now, and it brings the senior class closer as they get ready to depart M-A in June. Kessler said for any underclassmen deciding whether to join their senior year, “Just do it. It’s so much fun. There’s so many good feelings, and it’s such a positive vibe.” 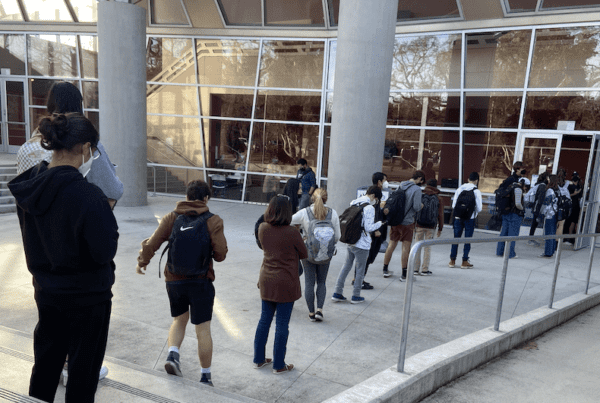