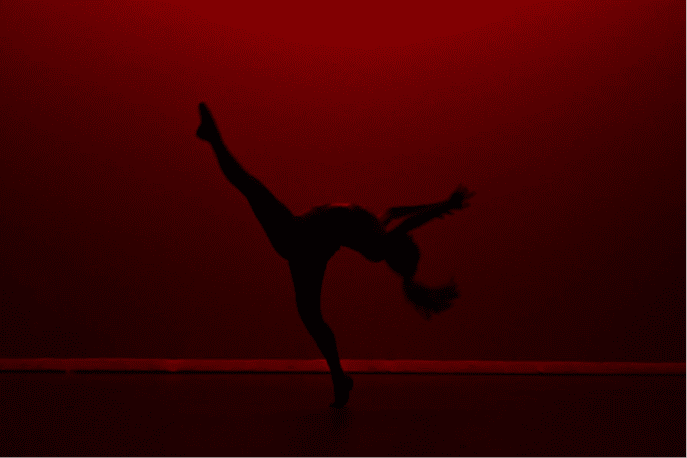 On Thursday, the annual Dance Team Show was performed in the PAC, this year featuring more different clubs and groups than ever before. 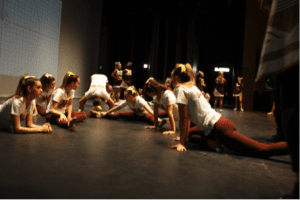 Members of the dance team stretching before performing.

The show consists of a carefully curated repertoire of dances, which the dance team has perfected throughout the school year. It also serves as an opportunity for the dance team to reach a larger audience than simply those who regularly attend football or basketball games. Despite the excitement on the dance team’s part, three other large groups on campus also took to the stage on Thursday night, including the Poly (Polynesian) Club, Pride Pals, and the cheer team.

Freshman and dance team member Christina Mullarkey described the purpose of the dance show as “a showcase of all our dances from the past year. It also gives a chance to celebrate the seniors and their hard work over the years on dance team.” In addition to the clubs featured in the show this year, as Mullarkey describes, it also included “students around campus, and other dancers from nearby studios.” 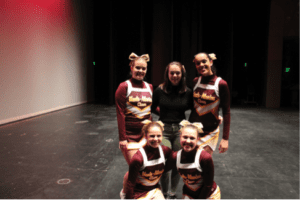 Cheer team members joined the dance team in the show.

The performance allows the dance team to have a senior night, a well-known tradition in M-A athletics. As a freshman, Mullarkey had never taken part in M-A’s dance show in the past, but says, “From what I have seen, the dance show is pretty similar to the past years other than the fact that there are [fewer] dancers.” Mullarkey concluded that she has “enjoyed practicing and getting to spend time with my team.” Aimee Diaz, a junior on the cheer team, described that “in addition, captains and officers for next year will be announced.” Diaz said, “My experience in the show has been really great so far. Practicing for the show with a hardworking and dedicated team has been really fun. We’ve been rehearsing since basketball season ended, so about 6 weeks.” 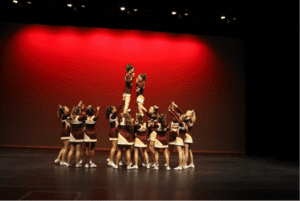 The cheer team took the stage.

On the topic of this year’s show’s diversity, Diaz added, “It’s a lot of fun to have so many different  clubs and groups involved with the dance show because they all show off their unique dance styles. It’s really cool to see different types of dance styles all in one place.” The part of the show that Diaz has enjoyed most is “working hard to make the stunts in the routines even better and having fun with [her] teammates.”

Although the M-A Dance Team Show is not a new event, Diaz claimed that “this dance show is different from the past ones because it’s only the second time the cheer team has performed in the dance show and the first time the Polynesian club will perform in it. It’s also the first time there will also be a combo dance with the dance and cheer team which will be very cool.” 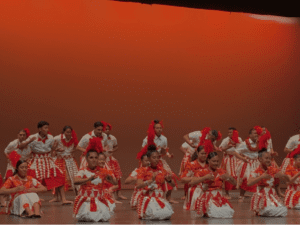 The Poly Club performed their own routines at the show.

Student Christina Kalotihos oversaw the Pride Pals section of the performance, and mentioned that “the Pride Pals group has been rehearsing for the past month or so and it’s been so fun to see them all improve so much through their hard work.” Kalotihos added, “My favorite part of the dance show has been seeing diverse groups in M-A coming together for a common interest and it really showcases the diversity of M-A in a positive and healthy way.”

She said, “It promotes how diverse we are at M-A and how that makes us a better school overall.” Kalotihos concluded, “This is one of the first years in a while that has had the Pride Pals students involved in it and I think this year has the most number of clubs involved since the start of the M-A dance show.”