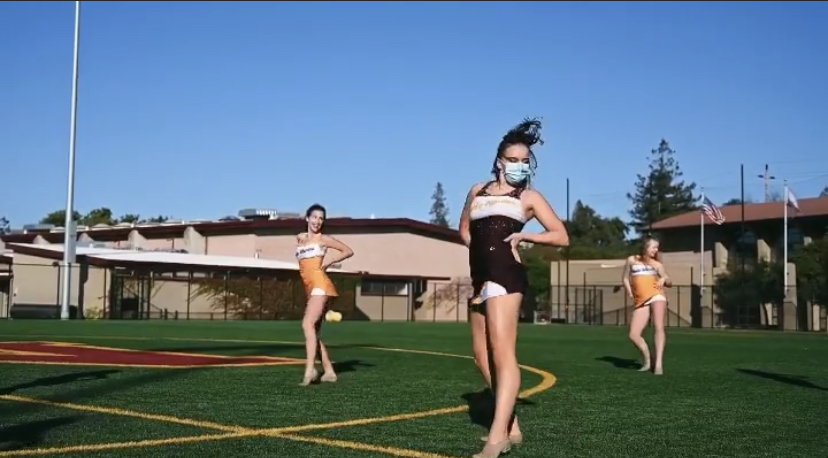 This year has been difficult for many sports teams, especially those who involve larger groups and more team collaboration than others. One of these teams is M-A’s dance team, who have been hosting daily virtual practices over Zoom. The decision to practice virtually instead of in person was one made not only by the team but also by the school. Seeing as dance involves a very large group of students, and how difficult it would be to practice in smaller broken down groups, it was decided that it would be safer for them to convert practicing to over Zoom.

In these practices, “they learn new routines, and practice to stay in shape.” Junior Lyndsey Shahani said, “We have practice 2 times a week”, which makes sure that we do not lose flexibility.” Dance team captain Christina Mullarkey added, “a normal practice looks like getting on zoom at 3:30, warming up for about five minutes individually, then we start learning a new dance from either our coach or one of our captains or officers.”

Though it may be hard for the entire team to completely convert to virtual practices, some of the freshmen on the team had to have their first ever dance team audition online. Trying out for any team freshman year can be a challenge, but online auditions are something many previous dancers have not had to deal with. Ellie Portugal, a freshman who auditioned in August, said, “for tryouts they had us learn two dances from a video in a certain amount of time, then we had to send in a video of us doing them.”

Going forward, the dance team plans to try and stay as active as possible in the school community even without in person school. One way they have stayed involved recently was by performing at a virtual rally last week in an effort to keep student spirits high. Junior Jacob Fishman said, “each practice we are either learning a new dance or reviewing dances that we’ve done, so that if we ever go back we have a wide range of dances ready to choose from.”  They are practicing daily in hopes of performing in person if M-A decides to go back in the second semester.