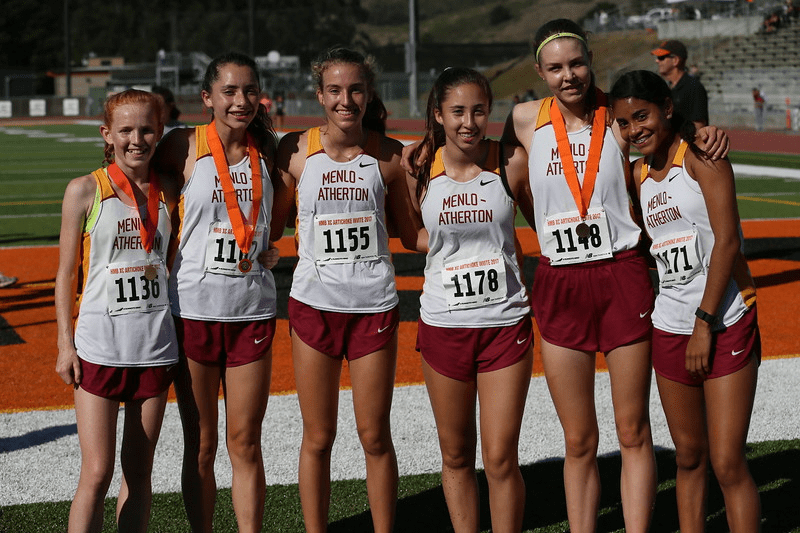 Cross country is poised for a deep playoff run

M-A’s boys and girls varsity cross country teams had a very successful start to the season, and with a few more meets left in the season, the Bears still have some opportunities to end on a high note. With some better mental preparation, assistant coach Luca Signore thinks his team can get some higher finishes in order to kick-start their run into the playoffs.

Signore commented, “The guys had a pretty disappointing race in Salinas at Toro Park. I think that we are at the point where we need to figure out our mental preparation for the races. The smoke threw us off our game and the guys let it affect them a bit more than they should have.”

The smoke caused by the devastating fires in Northern California had an immense effect on all sports practices. Not only has it caused the cancellation of a football game, but other sports such as cross country have also suffered setbacks. Nonetheless, Signore does not want the smoke to be an excuse for his team as several races are left on the schedule. 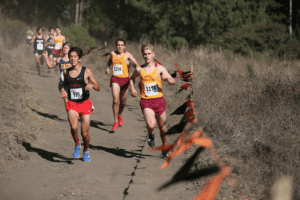 Although the guys had a stronger summer than the girls, several of the girls have stepped up and ran well in recent races at the Artichoke Invitational in Half Moon Bay and in Salinas. Recently, junior Sarah Osterberg has been running extremely well after fighting back from some health issues. Senior Cricket Gorey has been a consistent top runner for the girls and has a big leadership role on a team filled with underclassmen.

For the boys, sophomore Ethan Mimeles has turned into one of the best runners in the PAL. Junior Nick Hafer stated that the upperclassmen have pushed Ethan to be his best.

Hafer said, “Our preparation with him has really paid off. We have been training him a lot more than the coaches and Ethan is really a star now. He probably had the best summer on the team.” 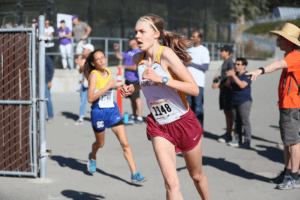 To Signore, this was not a surprise. “Ethan’s success is no mystery. He put together a really solid summer and he ran the second most miles on the team. He is only a sophomore which makes his finishes even more impressive. He is very dedicated and is a bright spot for the guys’ team in terms of consistency.”

Both teams are excited for an opportunity to go deep into the postseason. After the Mariner Invitational in Hayward this Saturday, the Bears will only have one more PAL meet left before the playoffs begin.

With senior Scott MacDonald back in action after missing the first half of the season with a foot injury, the boys’ team finally has all of the pieces to have success on the state level. The girls are poised for seasons to come as they have five underclassmen in the top seven of their lineup.

Good luck to the Bears in Hayward this Saturday and their continued run towards the playoffs. Go Bears!