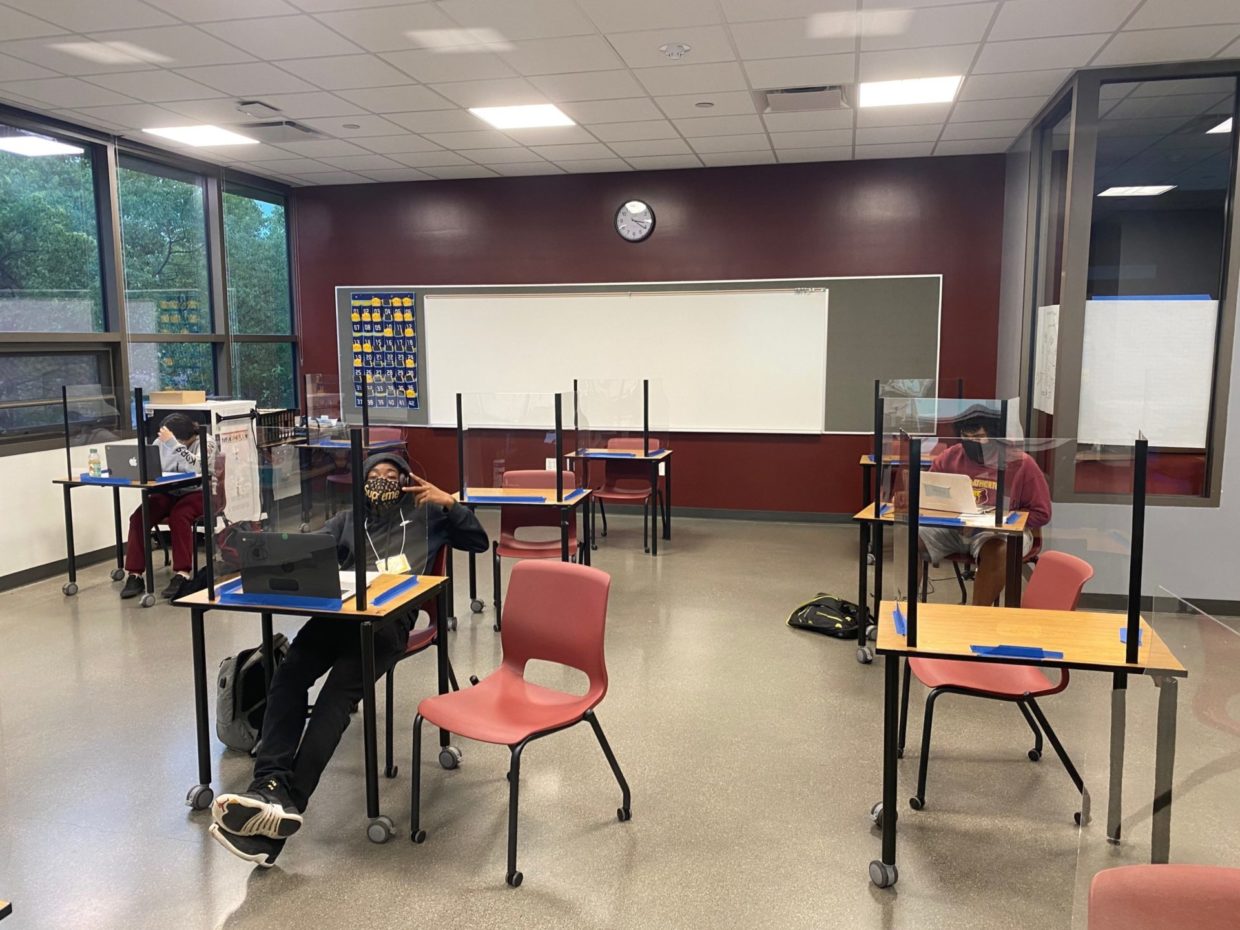 Still, many things remain unknown about the possibilities of returning, either this semester or in the fall, as new variants of the coronavirus are discovered and as San Mateo County remains in the purple tier. Principal Simone Rick-Kennel said that “I don’t think we know enough yet [about the variants] and I think much will depend on the roll out of the vaccine.” Vaccine or not, Kennel said that returning to in-person learning “is going to be largely dependent on the county progressing in the tiers. And what that would look like, is really hard to say, at this point.” 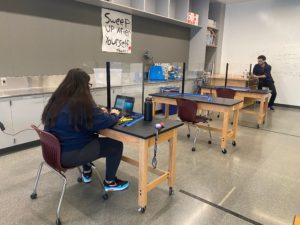 When it comes to returning in the fall, Kennel says that “the next semester is critical to making that happen.” She explained, “How the pandemic unfolds this semester with the rollout of the vaccine, with improvement in the tiers, hopefully, with planning for what that could look like now, and what we need to make it happen.” Kennel said that she hopes to return in the fall “for in-person instruction, and that is going to be negotiated with teachers as to what that could possibly look like. I don’t imagine the masks and the social distancing will be gone for the immediate future.” Kennel also said that teachers can request personal protective equipment (PPE) in order to feel more comfortable.

Administrative Vice-Principal Stephen Emmi agreed, “We’re probably going to have masks and social distancing around for a little bit next year.” Emmi said that among the modifications made to campus for when students return to campus, there are “stickers down all the hallways that would make them one way and we’ve cordoned off part of the wings that are easily accessible to funnel everyone in through the front. So we have things in place with the idea and hope that we’ll have more students coming on campus. But now it’s just a matter of waiting for the tiers to improve.” Ventilation systems and PPE in classrooms, such as safety dividers for desks, are some of the other modifications being made in preparation for bringing students back. 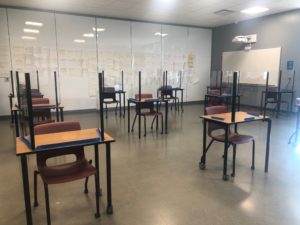 A classroom set up according to safety precautions. Photo by Emily Rigotti

Currently, discussions are ongoing between the district and the teachers union about plans to return to in-person learning, but Union President Edith Salvatore said, “It’s a very different situation than we were in over the summer.” She explained that “the district has done its due diligence in looking into the ventilation and making upgrades. They are very interested in working together to come up with a solution that respects the feelings of all of the employees, while also offering something more to students than we are able to right now.”

Salvatore said, “There are teachers who are really anxious to get back as soon as possible, there are teachers who are really concerned about coming back at all until everybody’s vaccinated, and every point in between.” When it comes to vaccinations, “we hope that the majority of people can be vaccinated, but we can’t control the vaccination schedule and we’ve got teachers all living in different counties,” she explained, “so that is a much harder thing to control for.”

For teachers, Salvatore said the vaccines seem like “a light at the end of the tunnel.” She said, “It makes people more optimistic about being able to get into a normal school year next year, earlier than we might have thought.” Salvatore explained that “if it turns out the big percentages of the Bay Area are vaccinated through the end of the summer, then that means that the first semester could look much more normal. And that’s really what everyone wants. Everyone wants to be able to be in a classroom with all of their students at once. And not depending on this sort of communication over Zoom.”

Katherine Welander is a junior and second-year journalist with the Chronicle. She is interested in writing features on relevant campus issues.