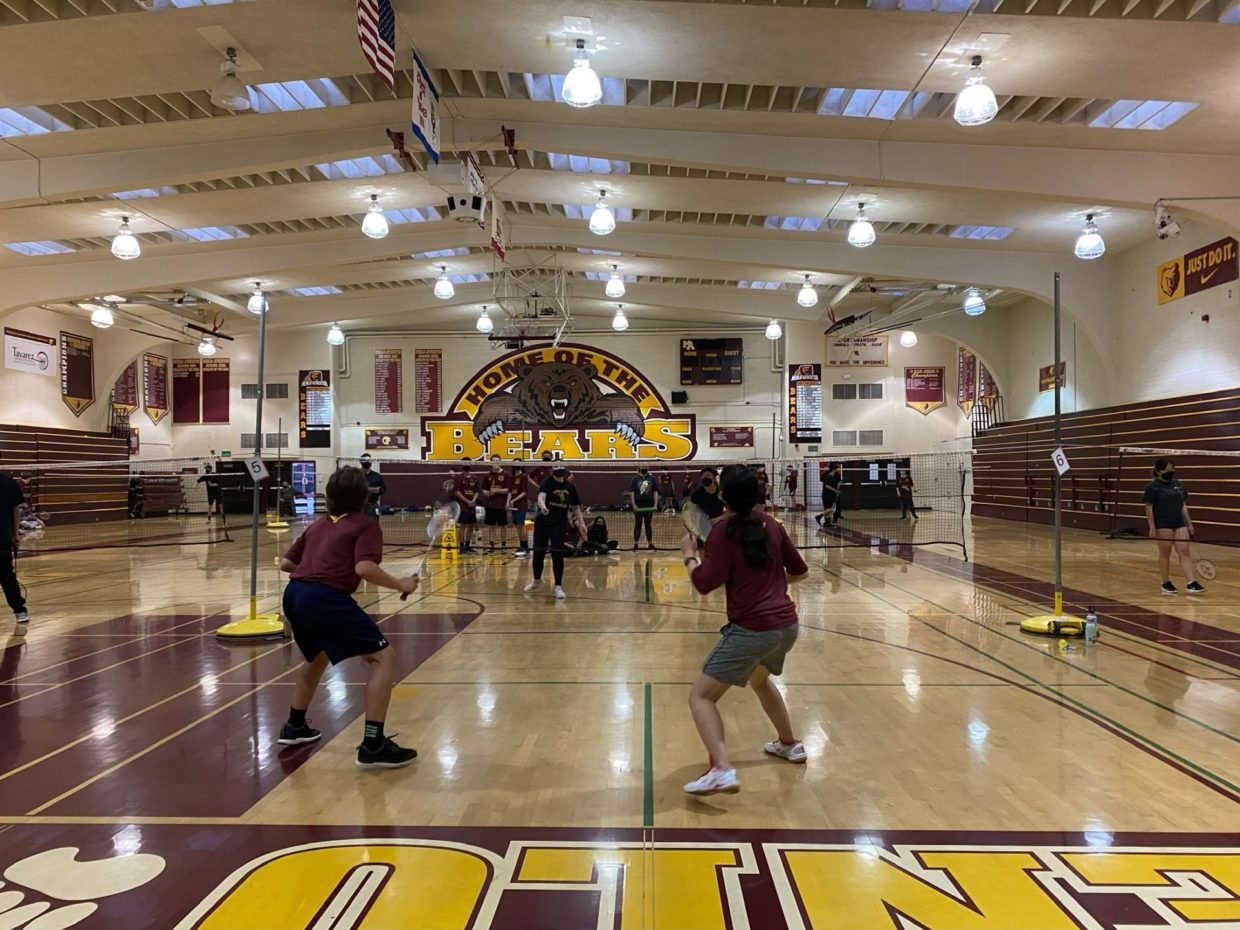 Varsity Badminton Wins Every Match in Game Against Terra Nova

The varsity badminton team wiped out its opponents from Terra Nova High School this Tuesday in its first game of the season, winning 30-0, with only one match spilling into the third game.

In the first-string girl’s doubles game, senior Hazel Jones and senior Maddy Tomkins made countless smashes which their opponents had a hard time receiving. In the first game, Jones did a good job staying low and on her toes, allowing her to hit shots close to the net, though she still said, “I want to work on my footwork and moving around the court quickly.” The Bears ended the game-winning 21-13. 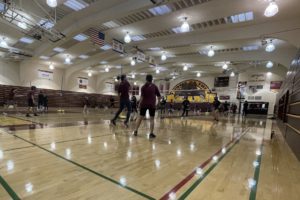 Jones said, “I am proud of how my partner and I are learning to communicate with each other and work as a team.” She added, “the team environment is so much fun.”

In the second string for mixed doubles were seniors Nolan Takayama and Kate Trevor. Takayama strategically served shots lightly to the side of his opponents, and between the two players, confusing them, and garnering a large point margin. M-A won the first game 21-5 and followed through in the second game, winning 21-10.

Takayama said, “Kate and I still have a lot to work on in terms of coordinating rotations and strategy. Personally, I remember losing many points to unforced errors and I definitely need to work on that.”

For seniors like first string boys doubles player senior Marc Lenzi, this is their last year on the team, with partners they’ve spent so long playing badminton with. Lenzi said, “I look forward to enjoying my time with the team this season and making the most of my final year on the team. I’m proud of Cabe [Estes] and my teamwork in this game. We’ve been playing together for three years, and I think that our play styles work together well.”

Junior Adam Vengosh played the third string of the boy’s singles. In the first game, he consistently made smashes from behind the serve line winning the first game 21-17. In the second game, Terra Nova got more aggressive from the back of the court, which gave them a close win of 21-18. In the tie-breaker round, Vengosh made his comeback, winning 21-15 overall. 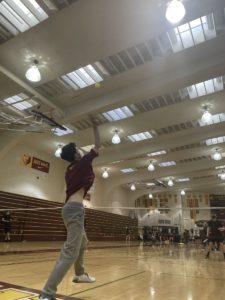 Senior Abigail Youngblood, who finished second-string for girls doubles said, “Beating Terra Nova 30-0 was awesome! For my first game, as it’s my first year playing, it was incredible to see. The victory felt great, and it was a perfect way to start the season.”

When asked about his hopes for the coming season, Coach Fitzgerald Geonzon said, “I believe we are going to get second place in the Peninsula Athletic League (PAL). 1st place is going to be tough but we are 1000% percent capable of finishing in the top two.”