With M-A’s Fall Club Rush coming up Friday, September 30 and over 60 clubs participating, we wanted to share about some of the “hidden gems” on our campus. We interviewed club leaders to find out the purpose of their clubs, their goals for the year, fun events their clubs host, how to get involved, and more!

New: We are Family Club (Service)
Natalie Bergan, a junior at M-A, cofounded the We are Family Club this year. The club will be raising money for the Janada L. Bachelor Foundation for Children (JBFC) in Tanzania, as well as a local organization that club members will choose during the year. Bergan explained one of their club service activities: “There is this walk to Kilimanjaro that the JBFC organization is doing where you walk the length it takes to get to the top of the mountain, and people sponsor you.” 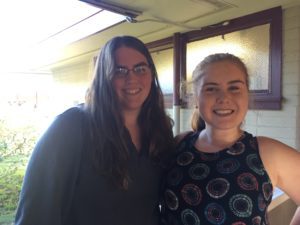 The club is hoping to raise $1,000 for JBFC this school year in addition to an undecided amount for the local organization. What differentiates We are Family Club from other service clubs on campus is “it’s targeted towards the entire world, not just one area,” commented Bergan. If you are looking to do community service for the Bay Area and the world, check out the We Are Family Club on the Green!

She’s the First (Service)
Seniors Caraline Albro and Dana Wilks cofounded a She’s the First chapter at M-A. She’s the First sponsors girls’ education in developing countries across the world; Wilks stated the organization is called She’s the First because “the girls [they] sponsor are the first in their family to go to secondary school.” The M-A chapter has paid the tuition of girls in Nepal and India in previous years through fundraisers and awareness events. 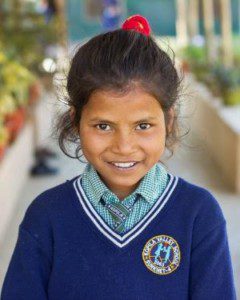 M-A’s She’s the First chapter sponsored this student who attends the Kopila Valley School in Nepal.

Albro stated a major goal of She’s the First is to “raise awareness for the lack of education for girls in developing countries…[and] to serve as a feminist voice.” Wilks added that She’s the First educates people about “the barriers [girls] face in getting education compared to boys.” If you have a passion for feminism, girls’ education or women’s rights, look for She’s the First at Club Rush! 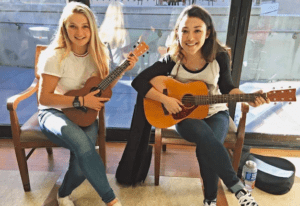 Ping-Pong Club (Sports)
Chris Iyer, a junior, is the current president of M-A’s Ping-Pong Club, and is excited to lead the club this year. Iyer, who plays for M-A’s varsity tennis team, stated, “I really like ping pong…[I’m] committed to teaching everyone else how to really play well and love the game.” Iyer continued, “It offers a really good opportunity for kids to destress” and is a fun game for all students to play. Sign up for Ping-Pong Club which will be on the Green by the library!

WOMBAT Club (Educational)
WOMBAT Club, a career exploration club for young women, was cofounded by juniors Cricket Gorey and Isabelle Sapountzis. WOMBAT, an acronym for Women of Medicine, Business and Technology, holds monthly lunch meetings in which guest speakers in these fields come to M-A. 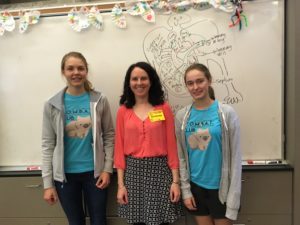 Gorey stated, “[these women] help girls learn about what opportunities girls have outside of school, what they can do after school,” and after higher education. Gorey elaborated, “I have learned a lot [from] graphic [designers], doctors [and] engineers…It’s really fun to hear all these speakers.” By inviting guest speakers, the leaders of WOMBAT Club effectively share their values of feminism and education with the M-A community in an interesting way. Check out WOMBAT Club at Club Rush this Friday!

Junior Classical League (Educational)
Junior Classical League (JCL) is a nation-wide program that allows students to use their knowledge of Latin and classics in competitions. President Natalie Park, a junior, stated, “[JCL allows] Latin students [to] appreciate Latin together and remember why we all decided to study it in the first place.” Park elaborated, “It provides a unique opportunity for the Latin students to continue learning, to make new friends, and to compete.” At last year’s JCL State Convention, M-A students collectively won five ribbons; Park emphasized the group acts as a team in which each member is important. 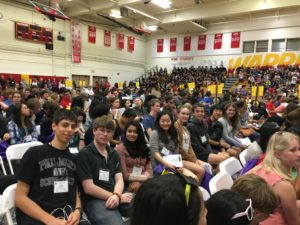 According to Park, this year M-A’s JCL team members are hoping “to gain more recognition and… interest more people into joining their club.” More club members would greatly aid the team in events such as the spirit competition at this year’s convention. The JCL team generally meets on Mondays at lunch. If you are a Latin student looking for an interesting and competitive club, sign up for JCL this Friday!

Where exactly can you find these clubs on Friday? 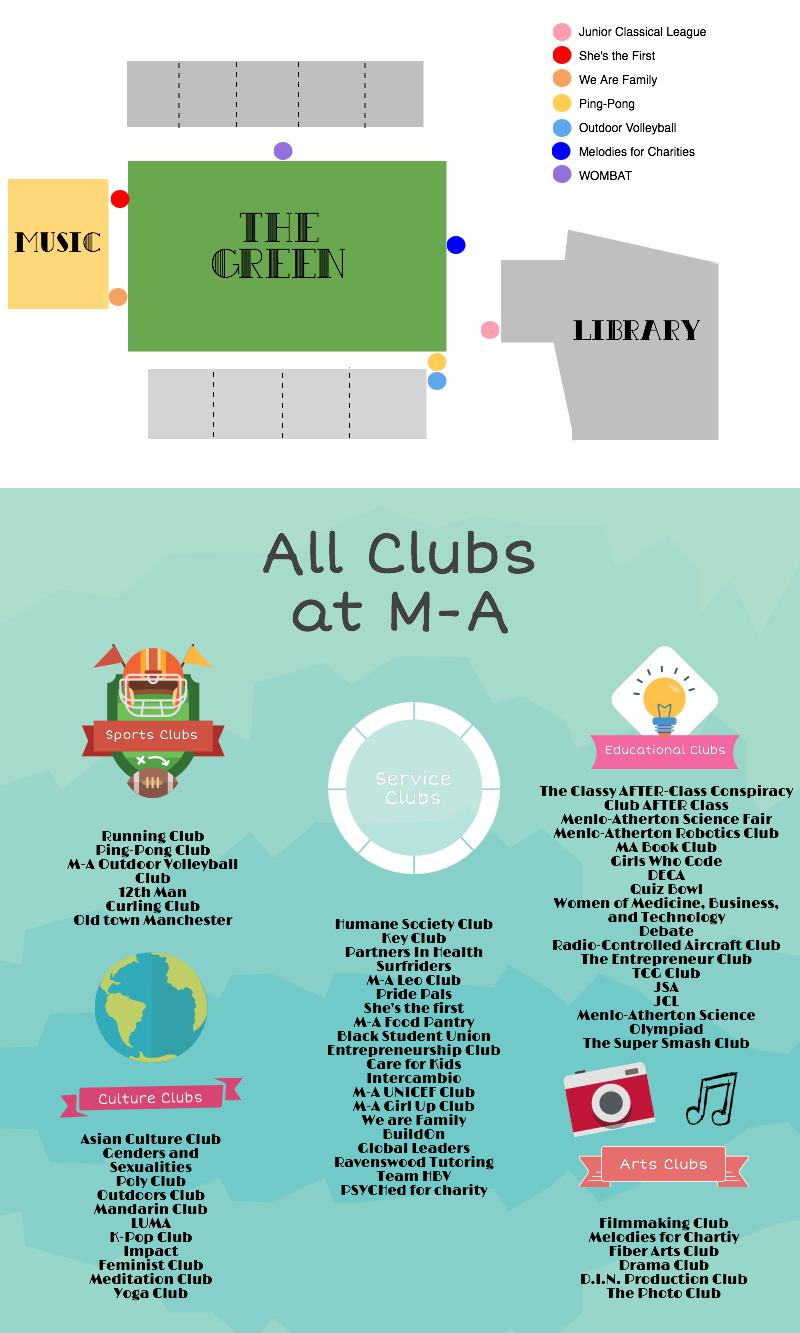