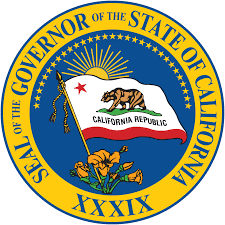 A new bill, AB-1227 or the Human Trafficking Prevention Education and Training Act, will amend California education requirements to include information about the risks of sexual exploitation for minors and human trafficking prevention information. California legislature mandates that all students enrolled in grades seven to twelve receive sexual health education that includes human immunodeficiency virus (HIV) prevention education and teaches students about sex trafficking, sexual assault, and abusive relationships. These are grouped together under the California Healthy Youth Act, which went into effect in January 2016 and required these courses to occur at least once in middle school and once in high school.

Bill AB-1227 was introduced by State Assembly members Rob Bonta from Oakland and Evan Low from Cupertino, both Democrats who have been actively sharing their liberal beliefs in the past few months. Low recently joined other Assembly members, housing advocates, and Bay Area residents as Governor Brown signed a comprehensive package of bills that aims to help the housing crisis in California by increasing supply and affordability. Bonta addresses the Assembly, here in favor of lifting a ban on members of the Communist Party working in state government. Credit: NPR

Low and Bonta share hometowns in the Bay Area, in close proximity to San Francisco which, according to city government and the Federal Bureau of Investigation (FBI), is one of the worst areas for the commercial sexual exploitation of children. Trafficking statistics are tough to normalize because definitions of trafficking vary greatly, but California offers more opportunities for exploitation than other states with its range of seaports and airports, large economy, and proximity to the border of Mexico.

AB-1227 was created in early spring 2017, amended first in April and them continuously throughout September in both the Assembly and Senate. Finally, both houses approved the bill and it was enrolled September 15, meaning Governor Brown has had a chance to sign it into law since then but has not acted. Now is the time for community members to urge Brown to take action. 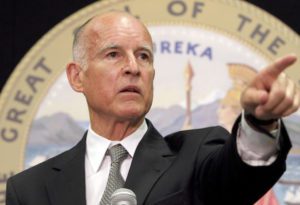 Students in the Bay Area have taken notice of the bill, and some have posted links on Instagram and other social media accounts to the Catholic Legislative Network, which provides a forum to send a message directly to Governor Brown in favor of the bill. Pope Francis has spoken out on numerous occasions about the need for improved legislature against human trafficking. He concluded a prayer on the World Day Against Trafficking in Persons last July by saying, “Each year, thousands of men, women, and children are innocent victims of sexual and organ trafficking, and it seems that we are so accustomed to seeing it as a normal thing. This is ugly, it is cruel, it is criminal! I would like to draw on everyone’s commitment to make this aberrant plague, a modern form of slavery, adequately countered.”

Though not a religious issue, the Catholic Church and Pope Francis have taken human trafficking prevention on as a major project that spans the globe. AB-1227 only affects California education standards, yet it is singled out as a necessary piece of legislature by church leaders all across the globe. San Francisco and the surrounding Bay Area communities are in special need of this added education as the city is especially fraught with trafficking cases.

In 2013, San Francisco mayor Edwin Lee introduced the Mayor’s Task Force on Anti-Human Trafficking, and in 2015 San Francisco government released the first Human trafficking Report in San Francisco, followed by that of 2016. The study documented 499 human trafficking survivors picked up by agencies in the city, over half of whom were victims of sex trafficking, and nearly half of whom were minors. This sobering statistic is frightening for children growing up around the city and is precisely why AB 1227 was drafted.

Students are taught about what trafficking is, what sexual assault is and how to deal with abusive relationships, but without the requirements laid out in AB-1227, they lack an understanding of human trafficking as a global issue, the specific risks for their demographic and ways they can avoid becoming victims. Upper middle school classes are the perfect opportunity for this information to be added to existing sexual health education. The bill also includes presentations about service work that can be done to help end human trafficking and would broaden the minds of students to think of trafficking as a human issue that requires compassion and dedicated work to combat.

Yu-Loung Chang, a science teacher at Hillview Middle School, added that perhaps human trafficking and exploitation should be covered in middle school history classes, as contemporary social issues that affect the community.

“I think it should definitely be included into the new education standards— to me, it fits better with social studies— just because this is a very important social issue people should know about in order to be a fully-functioning and aware citizen. Most kids think of “social studies” like learning what happened to really really old people and stuff, more “history,” but part of it should actually be more about social issues like this.”

This bill would not only change education standards to include a wider range of information that would give students a clearer picture of what human trafficking is, but it would teach them how to protect themselves. Members of the state assembly who live near the Bay Area recognize its proximity to San Francisco as a potential threat to young people who don’t know the dangers of exploitation; AB-1227 would alert students of this very real danger and encourage them to work in their communities to stop its spread. As the people with the most stake in the future of our country, teenagers have the best opportunity to eradicate human trafficking in the United States today.