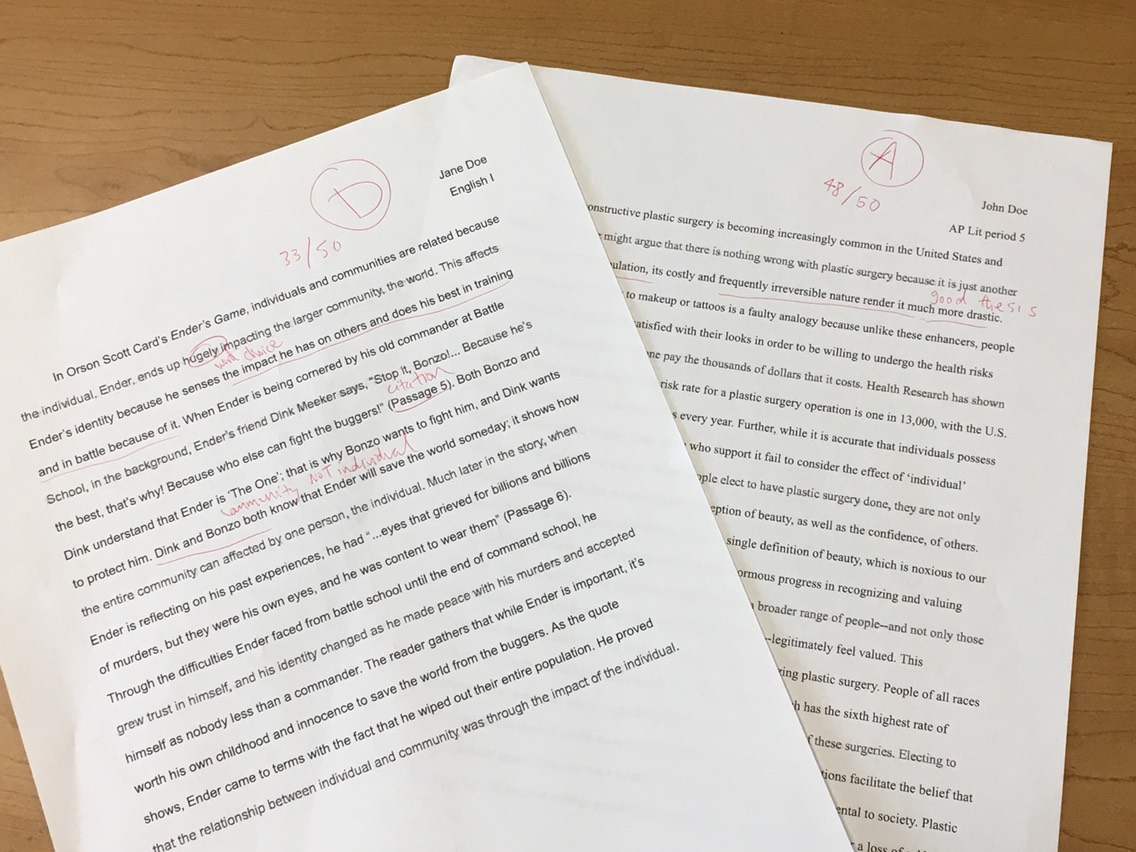 The M-A Chronicle ran a story about the stark stratification in M-A’s math classes, where feeder districts are often the deciding factor as to whether students can enter high-level math during their high school career. This week, we will explore a similar effect in a more ambiguous field: English.

Although M-A does not require students to take AS English classes before entering AP English Language or Literature, they are a useful tool in preparing students for the rigor of AP.

Guidance counselor Laura Duran emphasized that this imbalance is “not a matter of drive… There is a huge disparity in resources… in some middle schools, there is high teacher turnover,” she explained. Being the only one in a classroom from your school can affect a student’s learning, beyond the disparities in resources that exist between students from Ravenswood versus those from Menlo Park or Las Lomitas, both at home and in prior education. Duran noted that “there are students that qualify for things that don’t feel comfortable there.”

Carla Ferreira, a ninth grade English teacher, commented, “I have definitely noticed a disparity in grades between the students coming in from Ravenswood district versus students from Hillview and La Entrada. It’s a question not so much about the teachers [in those districts] but resources, and making sure that we are aligned in terms of what we’re doing in the classroom and what standards we’re holding students up to.”

Duran added that students from all districts struggle in AS I, and M-A has been working with feeder middle schools to clarify that the AS track in freshman year is not necessary to ultimately enter AP English classes. Part of the issue with segregated classrooms, she contends, is not only making advanced classes more accessible to all students (via regulation middle school standards), but helping students from better-resourced districts realize that regular classes might be more suited to their level and are just as valuable.

A student’s English placement affects more than just English, however. Only students in English I or higher can take Life Skills/World Studies, a required class for graduation, which then puts them behind for the rest of their high school career. Even an extra period of English support during a student’s freshman year can have major impact later; support periods in English and math can prevent students from taking enough classes and receiving A-G graduation credits.

M-A has several programs to help prevent and close this achievement gap among students.

Incoming freshmen have the option to enroll in Honors Institute over the summer, a program that teaches the summer reading material in a way that prepares students for a high school English class. “[Honors Institute] gives exposure to what ninth grade is like, in the AS program or out of it,” says Elizabeth Placencia, who teaches Honors Institute as well as English I. “It can eliminate some culture-shock for students. AS English I can be an intimidating class, especially if nobody looks like you. Honors institute is a good bridge to gradually assimilate into the experience.”

In 2015, out of the 67 honors institute students, 34 went on to the AS track. In 2016, 17 out of the 18 honors institute students took AS I, and in 2017, 23 took AS I. For incoming freshman, especially those uncertain about whether they really belong in the AS track, can get a feel for what it will be like as well as meet others and discuss the summer reading, Honors Institute also improves the writing skills of students.

During her free periods, Placencia visits other English classes, especially during writing time, to add another pair of eyes to students’ essays. She emphasizes that “the better relationship a student has with a teacher, the more likely they are to ask that teacher for help. We are trying to cultivate that with Honors Institute, and the writing center.”

Placencia works closely with Laura Gill, an English I teacher, to monitor student development in the after-school writing center. Gill began the writing center four years ago as a place for students to receive assistance and support solely dedicated to their writing skills. “People who are the best writers have ‘coaches’, and we have the writing center to increase accessibility to these ‘coaches’ across campus,” explains Gill. “It’s transformed the way the 9th grade team has approached English.”

Students are encouraged by their teachers to visit the writing center, where they receive help with essays from different teachers.

Placencia added that “students have the ability to work with the content, but sometimes they are missing the vocabulary needed to express that.” In the near future, English I teachers will have professional development training aimed at better supporting English language learners.

The ELD program is composed of not just Spanish speakers. James Nelson, EL I teacher, has Ukrainian and Chinese students in his class as well. “There are some students who don’t know the English alphabet… you can imagine the challenge in that,” he says.

“I feel like our language program is pretty remarkable,” says Duran. “I have had several students who have started in the EL program and who end up graduating… some go directly off to 4-year college, some go to 2-year college, but it’s incredible meeting someone when we have the meeting completely translated, and then a couple years later it’s full-on conversations in English.”

Students entering M-A that are not in the AS program rarely end up in AP English courses. However, if a student is doing exceptionally well in English II or III, and with teacher recommendation takes an AP course, it very possible to excel even without past experience in an advanced class.

Duran mentions how, in the future, the course selection team will consider more factors when deciding where a student belongs. “It’s much more of a discussion of how you are doing, how much you enjoy the subject, what’s your long term goal.” Duran hopes that regular English will lose its stigma and appear as what it really is; a grade-level class, to prepare students for graduation and college.