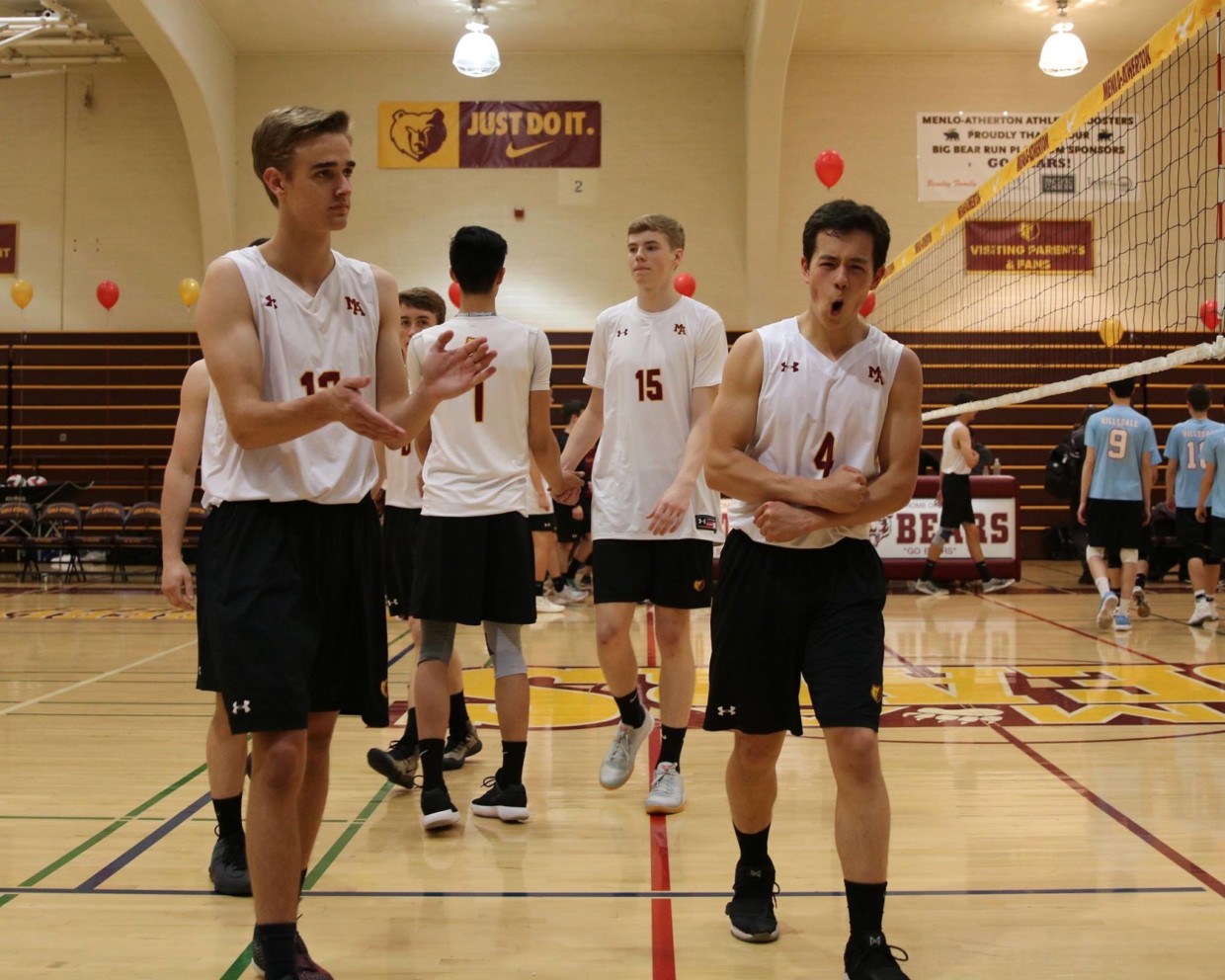 Varsity captain Schuyler Knapp has been the captain for two years and has been on the volleyball team for four years. Knapp began volleyball because his older sister played it, decided to give it a try, and enjoyed the sport. When asked if there is a stereotype, Knapp said, “I’ve definitely been called gay before. But there’s no reason for it. You can see our team this year, 28 and zero undefeated for regular season, and 29 and one overall.”

He added that “volleyball is a professional and Olympic sport. I don’t think there’s any need for stigma to be around it, besides the fact that girls wear spandex and we don’t.”

Knapp does not understand where the stigma comes from, especially because of how important and widespread the sport is across the world. Knapp agreed that although volleyball is a female dominated sport, “men’s volleyball is offered at the same levels.”

Knapp has seen a large amount of improvement throughout the team from his freshman year to the 2018 season. He said “Our team has definitely improved every single year. Our first year we didn’t have a league, but then my sophomore year many other schools in the PAL started to create varsity volleyball teams.”

Knapp also mentions that his junior year the team got better, and were able to go to CCS their second time, which was a “huge step that we got to CCS as a second-year program.” 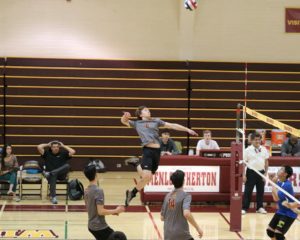 Senior Co-Captain Cortney Weintz disagrees with Knapp. Unlike Knapp, Weintz does not necessarily feel any type of stigma or stereotype around boys volleyball, and has had a mostly positive experience with volleyball, and said, “I mean, the biggest impression that I get is that there’s kinda a lot of tools or douchebags that people interpret a lot of volleyball players to be like, but being a part of the team, especially here at M-A, it’s just such a tightly knit team with a bunch of great friends that there really is no need to feel any stigma.”

Weintz started as a beginner, with zero experience, after Co-captain Knapp approached him, and recruited him for the sport. Weintz decided to give the sport a try and fell in love with it. When asked about people’s reactions to him playing volleyball, and if they are negative, he said “Not so much. I feel like in California especially, southern in particular, boys volleyball is fairly prominent in its popularity, but Northern California seems to be a dead zone, especially in the Bay Area it seems like boys volleyball never hit it like boys volleyball hit Southern California and then other places around the area. But as of recently more and more schools have been developing teams, so it’s really gone from there.”

Weintz also said that he has not experienced much putting down of the sport, and many are very accepting of it. He mentioned that most of the people that he has met have actually expressed interest in volleyball, whether it is college intramural, or beach, regardless of gender. When it comes to the femininity around volleyball, Weintz doesn’t mind it. He finds it positive that there are professional sports that are dominantly female. Weintz explains that “I definitely think when people first hear volleyball just out of context entirely they would definitely primarily think of women’s volleyball before men’s volleyball but I mean, it’s probably good that there’s a few sports that are dominated by females, rather than when you hear soccer you think of Real Madrid, Barcelona, Ronaldo and Messi, and male soccer, but then with volleyball there’s definitely a dominance of women’s volleyball, but I don’t think there’s anything wrong with that.” 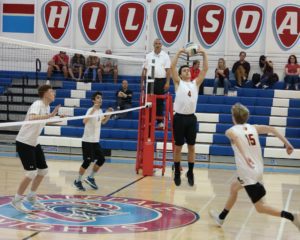 As four-year returners, Weintz and Knapp have seen the team evolve into a first-place team. When Weintz started, there were only two players who had previous experience — Knapp, and Edward Falefa, who was a junior at the time. Weintz describes Falefa as an outstanding player, and he carried the team until he graduated. At the same time, from Weintz and Knapp’s junior to senior year, the team lost their libero. The team believed that the loss would cause a deep hole in the team, but Weintz mentioned Cole Hecimovich, a current junior who “stepped up and has really filled in the gap nicely, and the rest of the team has stepped to up, and now we’re undefeated and looking like we’re going to CCS playoffs undefeated.”

Weintz will be attending Stanford University next year, and said, “there is a chance that I may try to walk on to their team just because I heard they’re struggling a little bit this year, and there might be a chance, but otherwise, I definitely look to play in a club or just beach with friends.”

Klemens Anderson is the previous Junior Varsity of the team. A previous football player, he began the sport sophomore year after some of his friends recommended it, and soon after, volleyball became his main sport. Similar to Weintz, Anderson agreed that there is not much of a stereotype or stigma around boys volleyball. Anderson states that when he tells people he plays volleyball, the reaction is not as extreme as people think. However, he said that “I think there is some feminine stigma to it because it is female dominated rather than male. Female volleyball is bigger than male volleyball in high school.”

Anderson makes note of the fact that people often make their assumptions about boys volleyball off of girls volleyball since it is more mainstream. He would like more people to come and watch the games and be less judgmental about the sport. He said, “Not enough people watch boys volleyball, so the only thing they know about volleyball is that it is mostly female. So they make all their judgments off of that without seeing any boys volleyball… I’m okay if anyone has negative views about it, but they at least have to see and come to a game and make their judgments off of the game, not based off of what they hear from people.”