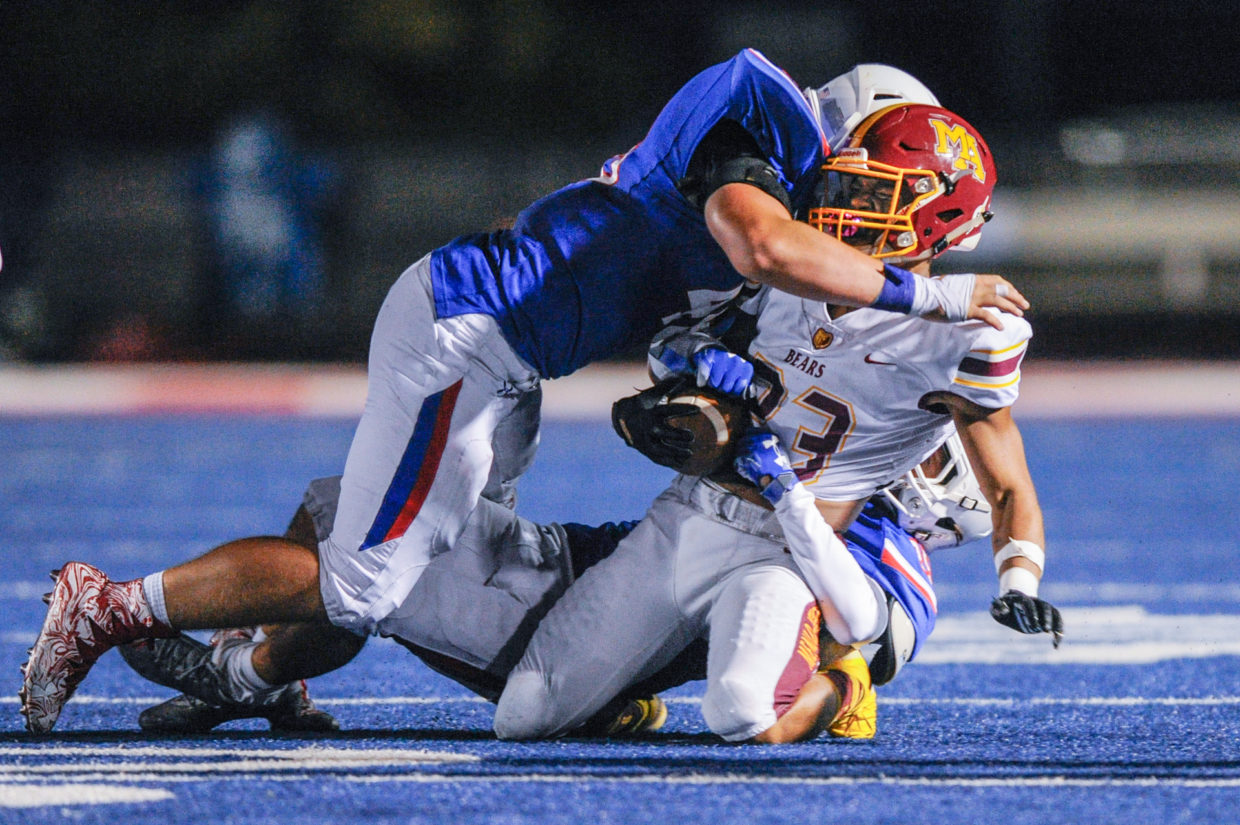 Brain in Pain: How the Football Team Deals with CTE

An offensive lineman collided with Senior Andrew Steere and Steere staggered back, dazed. “I thought everything was okay. I tried to get up and walk it off and in a couple of minutes everything seemed normal” said Steere. However, that night, Steere developed a severe migraine. “When I went to the doctor, I could immediately tell that I had a concussion. After that, my parents and I decided that I shouldn’t play football anymore.”

At M-A, football is unrivaled in popularity and student engagement. What is often forgotten in its fanfare, is the adverse effect concussions from tackle football have on the players. “It definitely scares me sometimes,” said sophomore quarterback Matt Macleod, “I wonder how it could affect me 15 years from now.”

As more evidence comes to light revealing the harms of contact football, athletes, school administrators and coaches are left wondering, what is the future of tackle football? Chronic Traumatic Encephalopathy (CTE) is caused by repeated head trauma, and has symptoms such as mood swings, behavioral problems, amnesia, and paranoia. A recent study by Boston University found that close to 21% of high school football players had symptoms of CTE.

Contrary to standard football injuries that are normally one-off occurrences and usually have only short term consequences, CTE is not normally detected until decades after the trauma occurs. Early on, the disease causes mood and behavior which is not only dangerous for the player who has the disease, but others around them. 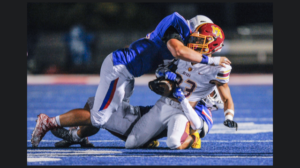 In April 2015, Aaron Hernandez, who played for the New England Patriots, was convicted of the murder of Odin Lloyd and sentened to life in prison. After commiting suicide in his jail cell in April of 2017, football player Hernandez’s brain was found with the most severe case of CTE ever recorded.

This hasn’t been an isolated incident. Recently, Washington State quarterback, Tyler Hilinski, committed suicide the summer after his junior year and like Hernandez, he was afflicted with CTE.

More recently, the football program at M-A has tried to reduce the risk of concussions to its players. M-A head coach Steve Papin “definitely see[s] the need for greater awareness and care in [dealing with CTE], but I think MA does a great job in reducing the risk to players.”

For M-A’s trainer, Christine James, “The football team makes a serious effort to reduce the risk facing players [of CTE].” For example, coaches teach their players “rugby-style” tackling which is designed to reduce head-to-head content. Concussion protocols have also gotten stricter, leading to earlier identification of players who could be at-risk for CTE and brain related injuries. However, James still acknowledges that “there is no way to completely eliminate the risk [for CTE].” Even with improvements in helmets and rules, as time goes on, players will continue to get stronger and hit harder, creating a cyclical issue.

No matter how much effort is taken to reduce the risk for CTE, many athletes will still be diagnosed with CTE. From memory loss to suicidal ideation, tackle football will almost certainly come back to haunt the future lives of many players.