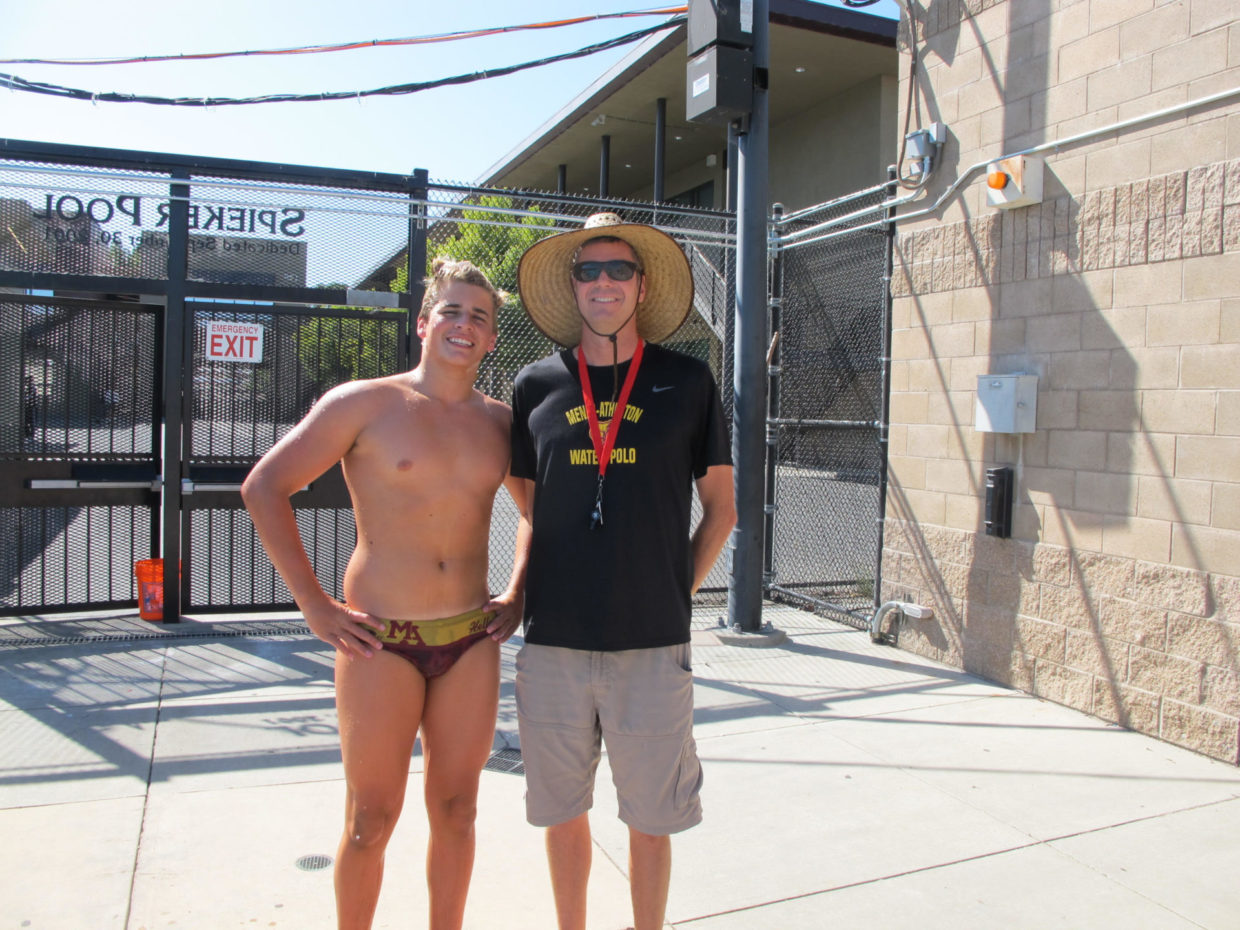 On August 26th, the varsity waterpolo team did an amyotrophic lateral sclerosis (ALS) ice bucket challenge to support teammate Michael Heller, whose father was diagnosed with the illness over the summer.

The ice bucket challenge is when a person or group takes a bucket of ice water and dumps it on themselves to raise awareness. Sometimes they will donate money to an ALS charity. The water polo team is doing it to do both, and the Heller family is keeping a website which has been raised from $30,000 to $50,000. The team started the challenge to bring awareness to the illness, and then ‘tagged’ or asked both M-A teams and other sports teams to do the challenge next. They tagged the Menlo Water polo team and the M-A girls volleyball team. 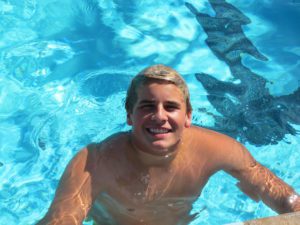 Heller poses in the pool.

Varsity water polo coach Tim Kates not only wanted to support Michael and his family, but he also wanted “to bring inspiration to the rest of the team.” The challenge got everyone “rallied together and brought tons of support,” said Kates, whose father suffered from a similar disease to the one Heller’s father has. Speaking from experience, Kates said the best thing the M-A community can do for the family is to “continue to treat them how we normally would.”

Michael Heller was inspired to do the challenge after his sister’s volleyball team did it to honor their dad. Heller said that the team is incredibly supportive in “wearing the ALS awareness wristband” and that his teammates are always there for him. Teammate Sonny Watkins said that the team really came together which “allowed for the spirit to grow” to help the Heller family.

Heller believes in the importance of research and understanding of the disease to help support his family. The challenge has helped to spread awareness in the past, and now the M-A community is coming together. The hashtag #giveemheller has started to circle around Instagram with every team that has completed the challenge.