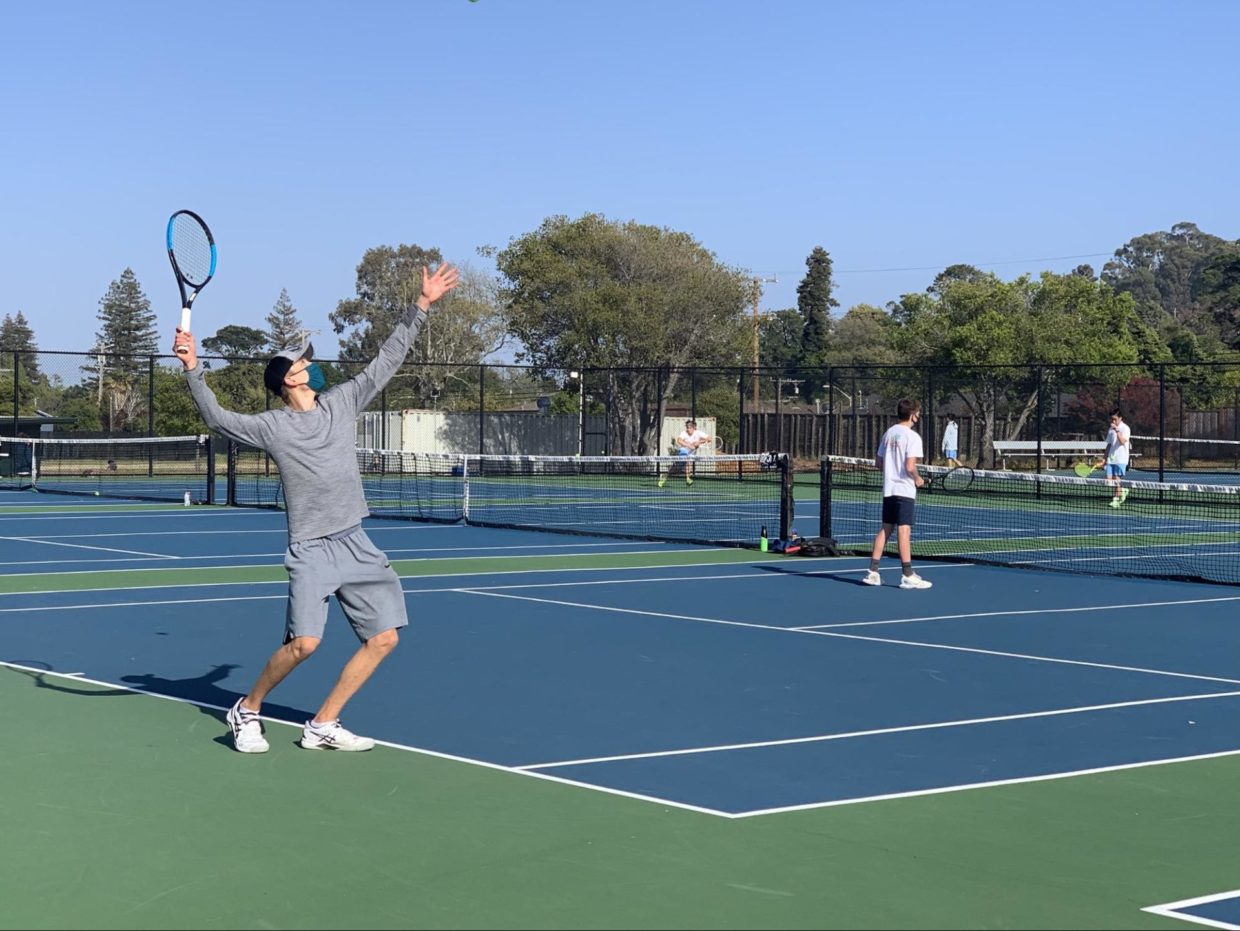 On Tuesday, M-A’s boys’ varsity tennis team traveled to Hillsdale High School for their opening match of the season. Despite the strong winds and their lack of practice, the team played valiantly against their opponents, scoring victories in a full sweep.

All games seemed neck and neck in the first few points. A mix of “1-2”s filled the scoreboards of every court. In the singles matches, juniors Luke Jensen and Ryley Ross and seniors Maksim Lukic, Rayan Cadoret-Manier, and David Wagstaff played consistently, never losing a single ball when they had the chance. Although the team was still adjusting to the wind, a loud and resounding “Sko Bears!” during the first set reflected the players’ determination.

Doubles followed similarly. Sophomores Rylan Stern and Alex Parikh-Briggs fought a close match, splitting the first two sets and winning 11-9 in an intense tiebreaker. In the face of tough opponents, they eventually fell into a rhythm. “I think we got nervous, but I think we were able to work around it,” Parikh-Briggs said. Stern added, “I felt like this was a good start-out to the season. Hillsdale has some very good players.”

Coach Tom Sorenson expressed his content with the results of the match, “I was a little surprised at how well we played given the rust most of the players have on their games. The team competed at a high level and everyone was rewarded with wins.” He continued, “M-A competed really really well. The team has a strong spirit.”

The team’s next game is on April 20th at home against San Mateo High School.