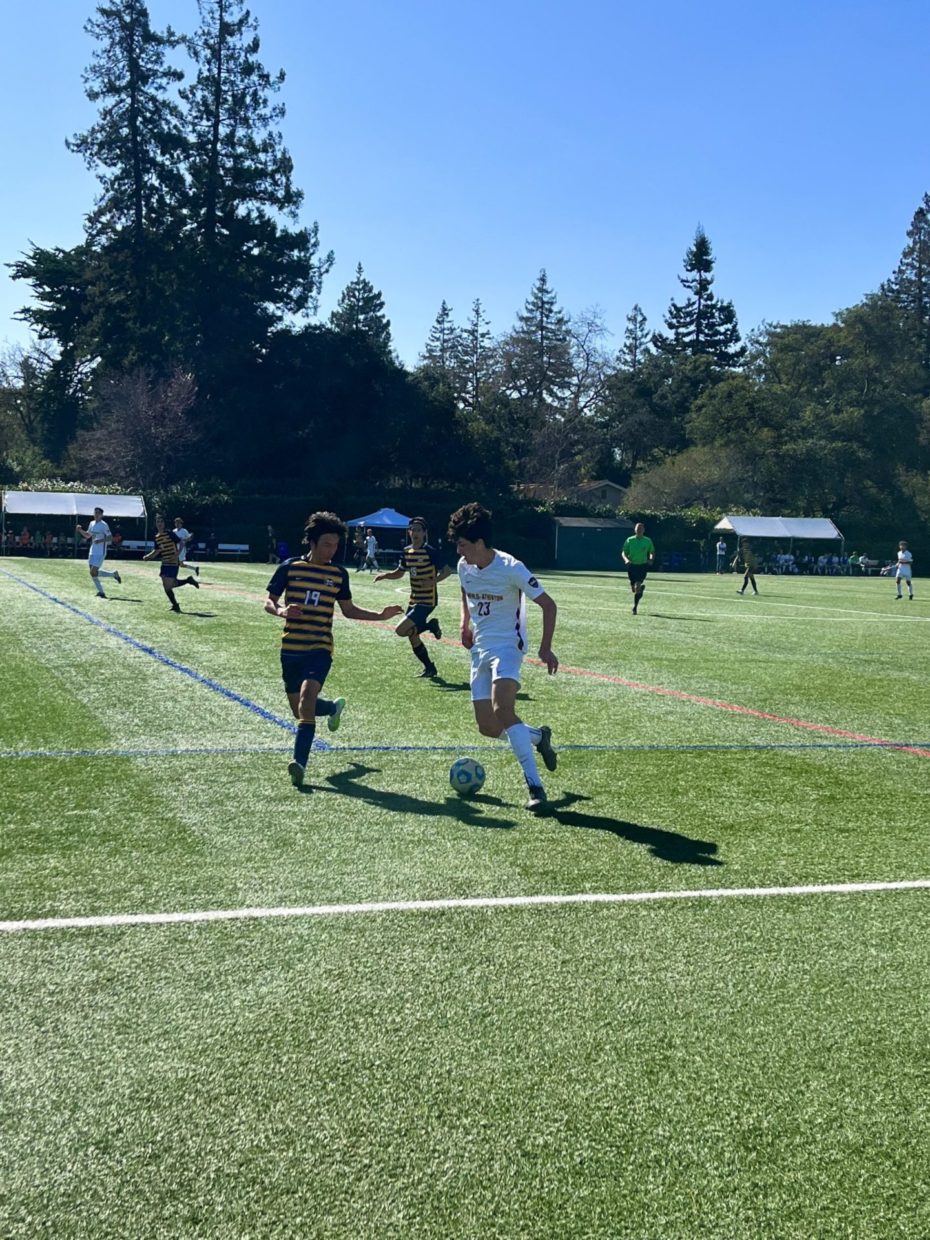 Boys Soccer Defeats Menlo to Advance in The CCS Playoffs

On Saturday, the boys’ soccer team earned their first game of the CCS playoffs against Menlo with a final score of 2-0. Captain Caden Annison said the team was playing considerably well with “our combination plays and through balls, everything was coming together really nice.”

From the beginning of the game, the Bears possessed the ball throughout the field. Senior midfielders Caden Annison and Tiziano Bolaños held possession in the middle and made several passes to Kieran Kunihiro and Toivo Zahir who made attacking runs.

With ten minutes left in the first half, Kunihiro made a cross to Annison, who seamlessly headed the ball to score the first goal for the Bears.

However, the game was not over yet, with Menlo having a close wide shot with five minutes left until halftime. Long balls from defender and senior Rishi Siddharth to Zahir opened up several opportunities to put in another goal.

In the second half, Menlo stepped up their intensity with a few breakaways. Annison said, “the team needs to work on how fast we play in the second half because we kind of fall apart every single second half.”

Despite this, Menlo’s offense was no match for sophomore goalie Chase Trigg, who made crucial saves for the Bears. M-A continued to apply pressure on Menlo’s defensive half with a shot from Zahir that was ultimately blocked by Menlo’s goalie. In the last five minutes of the game, junior Finn O’brian scored from a corner kick to secure the Bears victory with a final score of 2-0.

Annison said that “the winning goal was really nice because it broke their spirits, so it was easy to win after that.”

Siddharth added, “Our team strength is our chemistry and how we play. We all really love each other.”

The win was critical in the boys’ advancement to the CCS semifinals. Following the victory, the Bears will play Sacred Heart in the CCS final this Saturday.