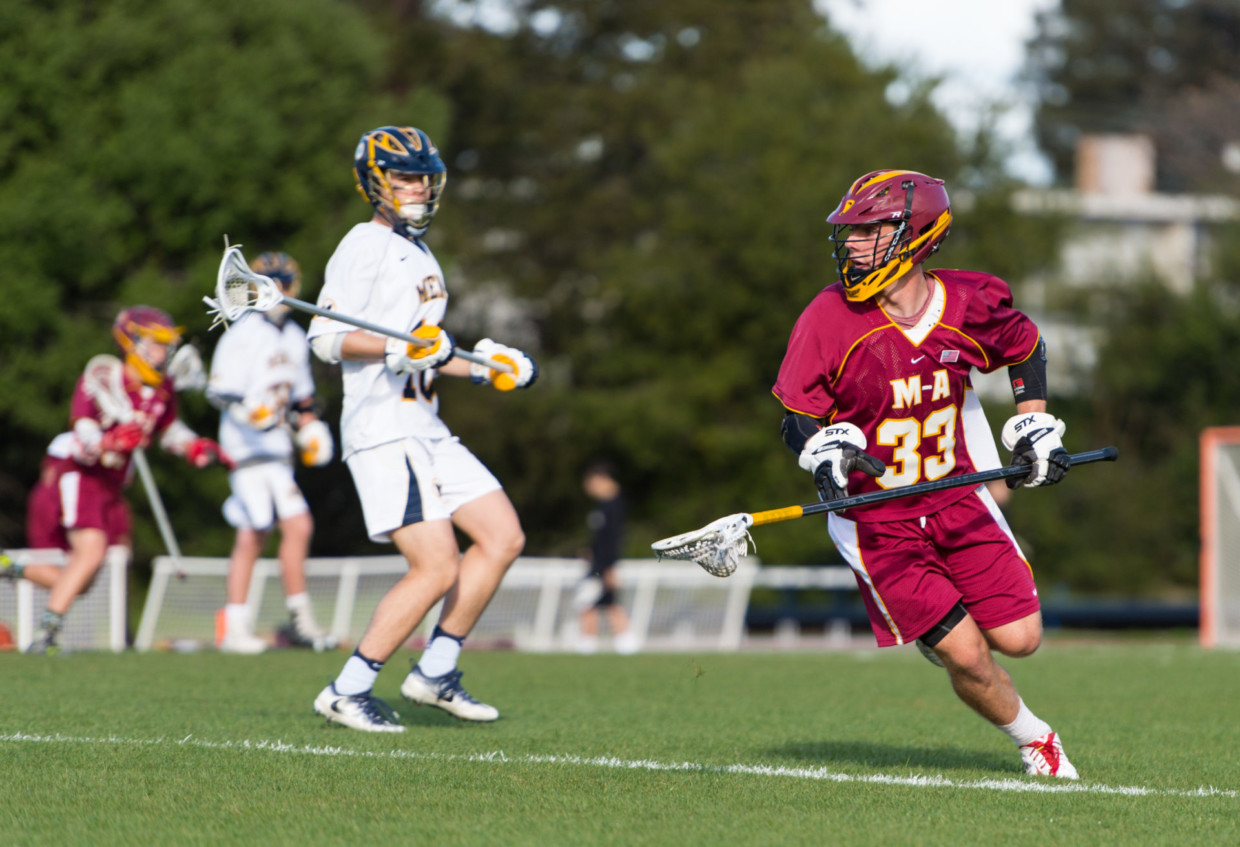 On Friday, May 12th, the boys’ lacrosse team beat Menlo by a score of 7-5 with a stellar defensive performance. They closed off the season with an impressive 13-3 record, with a 2-2 mark in Peninsula Athletic League (PAL) play, posting their best record since they went 18-4 in 2012. As there are only three teams in their league now, the Bears, unfortunately, can no longer qualify for the Central Coast Section (CCS) playoffs.

Right off the bat, the Bears got off to a fantastic start, scoring in the opening minutes of the first period. After the Bears’ goal, the game was tight with both many blocked shots and forced turnovers. However, late in the first quarter, star forward Jack Wolf doubled the lead with a shot that fired past the Menlo goalkeeper. With a minute left, the Bears added to their lead with a great goal from John Mills making the score 3-0. Menlo won the faceoff after the goal by Mills and, with 15 seconds left in the quarter, got on the scoreboard to cut the deficit to just two. The first quarter ended with the Bears leading 3-1. 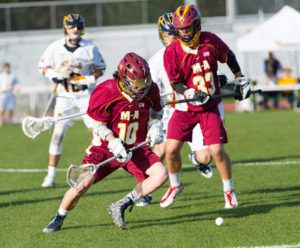 The first two-thirds of the second quarter saw Menlo pull even with goals near the nine and five-minute marks. The goals did not discourage the Bears, however, as they came roaring back in the final minutes of the half. Trevor Brinton put in a goal at the 3:29 mark, followed by a goal from Thomas Murff with 1:43 to go, and a final goal by sophomore Chris Disibio with 49 seconds remaining. The Bears ended the half with a lead that matched their highest of the game, 6-3.

Menlo started off the third quarter with something to prove as they scored an early goal to cut the deficit to two. After the early goal by the Knights, the Bears were solid on defense once again with goalie Cooper Waymire making excellent saves time and time again to preserve the Bears’ two-goal lead. The third quarter ended with the Bears leading by a score of 6-4. 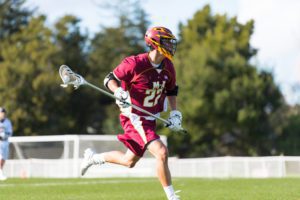 The fourth quarter saw a continuation of the excellent defense that had defined the third. An incredible Waymire save with 7:29 remaining in the game kept Menlo from gaining momentum. Menlo scored on potentially the best shot of the game, a bullet shot from the far left of the goal, with 6:02 remaining. The Bears then controlled the ball for the better part of 3 minutes, not letting Menlo near the ball. Menlo was forced to take a timeout with 2:23 left in the fourth, but the timeout may have hurt more than it helped, as Menlo lost the ball soon after. A minute later, Jack Wolf launched a shot at the Menlo goal which was blocked by the goalie, but bounced on the ground and rolled over the goalie’s head into the net to restore the two-goal advantage. The game ended with the Bears victorious 7-5. 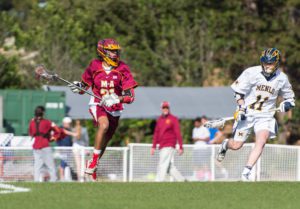 With the season over, we can now congratulate the seniors and Coach Kryger on an incredible season. Let’s hope the Bears can continue to dominate over the next few years!