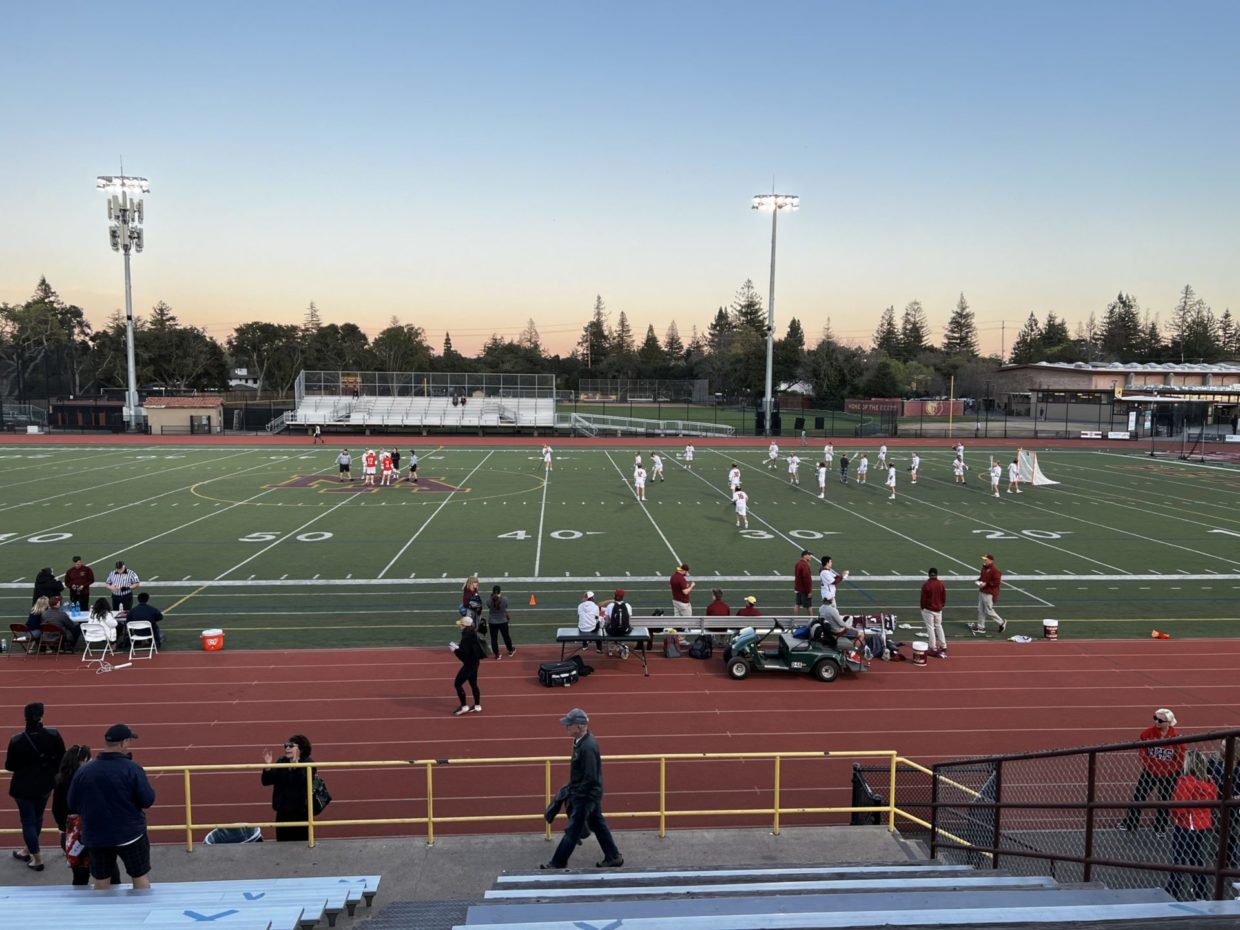 On Tuesday night, the Varsity Boys Lacrosse team beat  Burlingame High School in a game that ended 15-2. The Bears headed into the game with a record of 3-0, and left with their undefeated streak intact.

It was a fast start for the Bears, taking a 1-0 lead early into the first quarter, courtesy of Freshman sensation Colin Kryger. Just 15 seconds later, Junior Tyler Atkinson widened the lead by one point for the Bears after a great sequence of passing.

In just over seven minutes, the Bears had put seven goals past the Panthers. Sophomore Peter Koren and Senior Jeremy Koren each had a goal. The first quarter ended with the Bears in the lead, with a score of 7-0.

The offense certainly did its job, scoring relentlessly throughout the first half. However, the defensive players also had a stellar night. Defender Koren and Freshman goalkeeper Olivier Yuk kept it tight in the back all night long with multiple incredible saves.

Koren attributes the success in the first half to the team’s collective grit, saying that they have had “a couple tough wins in the first three games,  ” He continued, “I think that helped us come together as a team and play together.”

The Panthers finally got on the board in the third quarter but it was far too little to threaten the Bears’ lead. The game ended with a score of 15-2 for the Bears.

Kryger said his early success this season “is surreal because I grew up watching the kids on the team, and it is such a crazy experience to be able to play with so many great players.”

The Bears square off with Mountain View on Tuesday at 6:00 pm.